Guns of Icarus Online is a team-based multiplayer online airship combat game set in a steampunk/dieselpunk-inspired, post-apocalyptic world where lighter-than-air flight is the only means to cross the scarred wilderness that divides scattered pockets of civilization. Guns of Icarus Online will have two gameplay modes: Skirmish, the team-based PvP combat mode, and Adventure, which is currently in development. Adventure mode will add in persistent world features such as player factions, an expansive world map of trade routes and dynamic towns, and an economic system with resource production, commerce, and crafting that will supplement the game’s core combat focus. 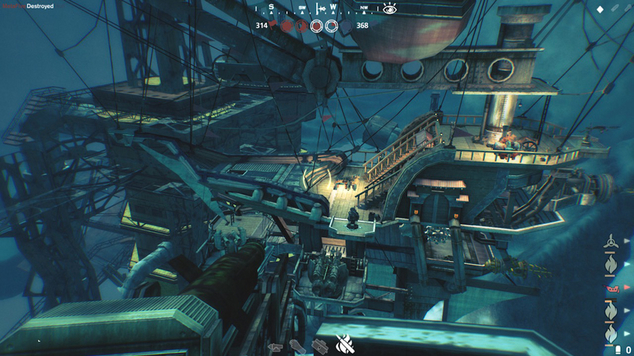