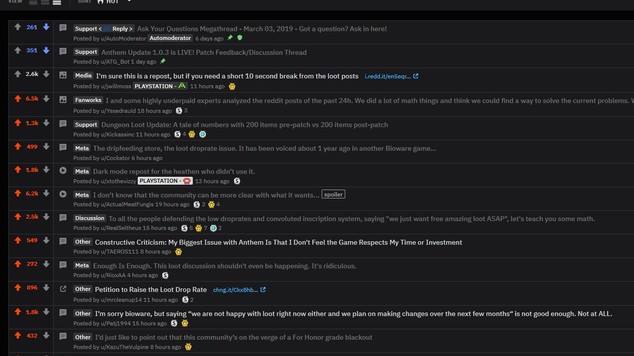 Firstly, there's a new Anthem patch that makes a variety of changes. From bug fixes, to itemisation tweaks, and nerfs to Titans. There's also some buffs for the Colossus, a tiny buff for the Ranger, and melee changes for the Interceptor that should help it at higher difficulties. What's also apparent, is that between the patch, and now, Bioware have done something to loot. I'm getting nothing but Epic's, and haven't seen a Masterwork or Legendary since. 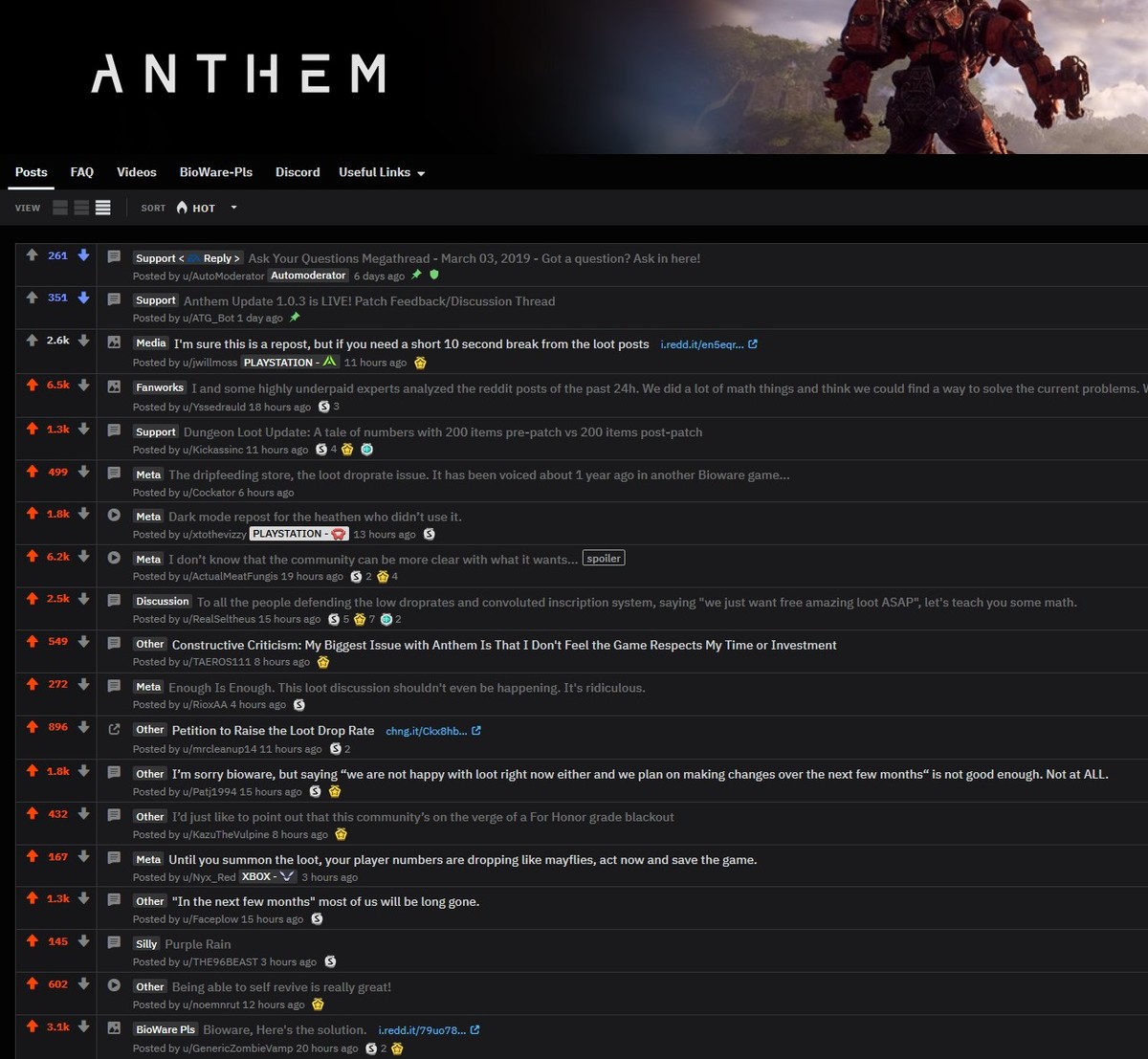 At one point pre-patch, loot actually felt good again, but it seems Bioware tweaked that near instantly. It's at this point that the community simply raised their arms in exasperation at the fact random bugs make Anthem more fun. At one point this weekend, the sub-Reddit was flooded with so many complaints, that there's a mega-thread (presumably to help the moderators bury the issue). Full notes below.