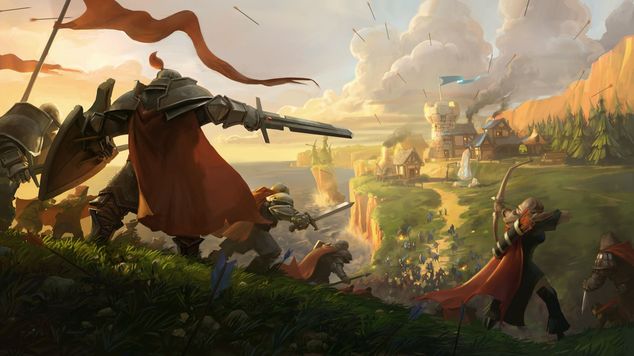 Albion Online recently released a new gameplay trailer highlighting some of the game's systems, such as classing and PvP. Their version of classing is tied to the gear you wear, rather than what you choose at the character selection screen. I think it's an interesting take and it will make for some fun and creative gameplay. A few games are going this route, whether you're picking up classes to collect like we hear is being done for EverQuest Next. I think multiclassing or classless systems where you can have abilities tied to something besides picking a class when you create your character adds to versatility and can be really neat.

One thing that we get to see that isn't explicitly pointed out in the video is the UI. Albion Online will be available on the three major desktop operating systems (Linux, Mac, Windows), as well as the two major mobile platforms (Android, iOS). Because one game will bridge so many platforms, this is a fairly large obstacle to overcome, in order to make a game that's seamless from device to device, while still managing to be an enjoyable experience no matter what you choose to play. What it looks like is a fairly simplified UI that will work with either a mouse and keyboard or a touchscreen.

Albion Online is currently in alpha, but it looks like they've already got a few neat things for the game, and a good amount of ideas heading in the right direction. This is pretty much the first game that I've been excited to play on mobile. I'm not a big gamer on my phone (I pretty much play puzzle games), but I think this would be a lot of fun on a tablet. I also like that I can go from my phone to my tablet, and then I can choose if I want to use either my Ubuntu or Windows box. Sometimes, choices are a pretty nice thing.

What do you think of Albion Online's take on classing? What device would you choose to play it on?