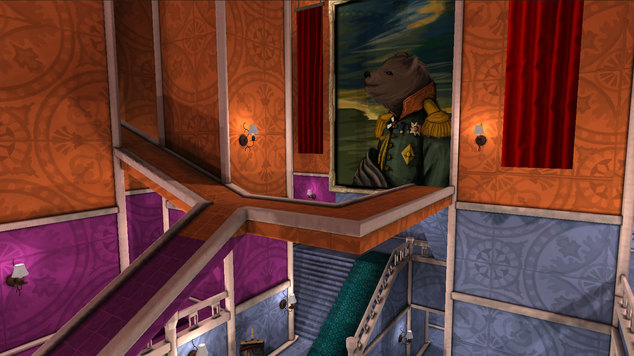 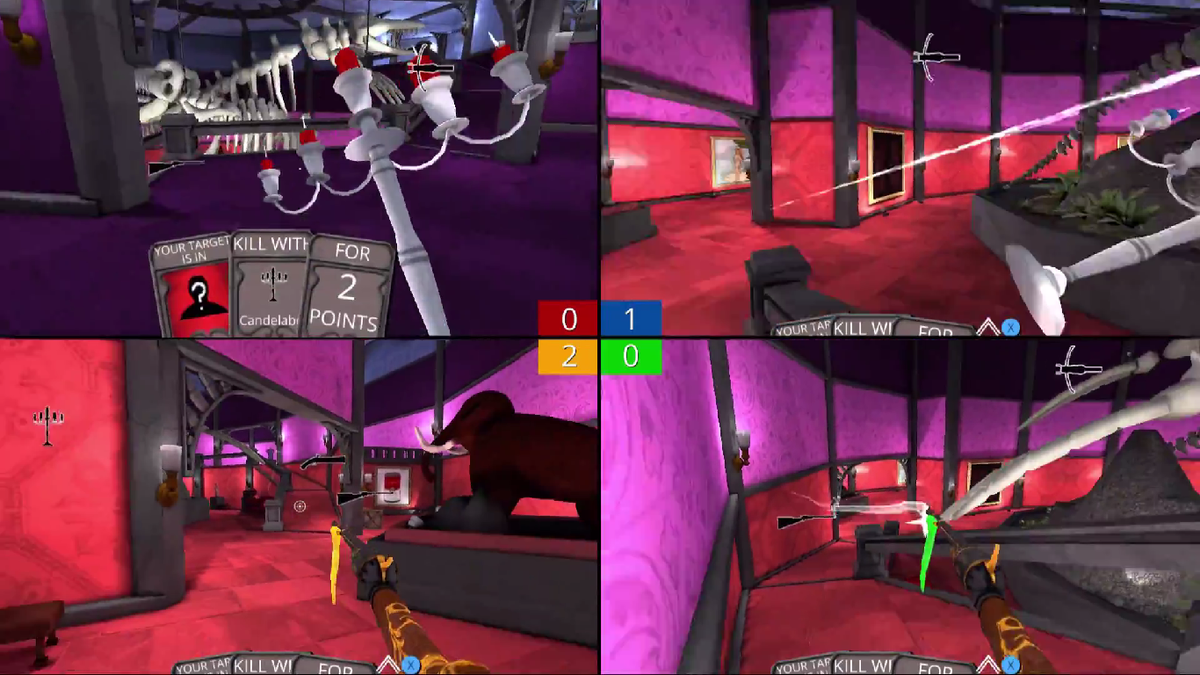 Screencheat, which will release on October 21, has added in new content which is available now in its beta. Anyone who has preordered the game will have access to the beta immediately, in addition to access to the game once it launches. Murder Mystery is a map that is kind of old school console shooter meets Clue. In Screencheat, you have a four-way split screen that not only shows your perspective, but the perspective of the other three players you are playing against. This doesn't necessarily make it easy for you to find your competitors, though! Because the map is color coordinated, you'll have an idea as to where the other players will be, but not their exact location.

If you missed it, do know that Reuben is a pretty big fan of Screencheat. I played Goldfinger once in the 90s and it gave me a hefty dose of vertigo with a good side of nausea, so I don't think I'll be able to hang with the split screen of Screencheat. I do appreciate the sense of humor that the game has, though. Between now and the October 21 release, Screencheat will work on bug fixes and polish sweeps, as they say they are now feature rich and ready to unveil 1.0 to the masses. They will be holding a few developer play sessions before Screencheat's release date, where you are encouraged to attend and try your best at taking down Samurai Nick.

To read the latest guides, news, and features you can visit our Screencheat Game Page.