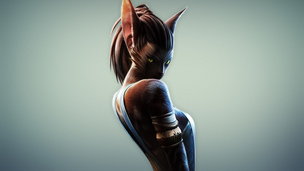 Video of the Day: The Sights and Sounds of ArcheAge
Take a look at some incredible sights, from siege battles to hang gliders, while listening to the sweeping Arch
Video
ArcheAge

E3 2013: New ArcheAge Trailer Kicks Off Beta Registration
<p>Trion adds to the E3 goodness by launching a new trailer for ArcheAge and opening up beta registration to t

<p>What do you get when you mesh a South Korean pop star music video with <em>ArcheAge</em>? Watch today&rsquo;s video to find out.</p>

Today’s video features the return of an ArcheAge community YouTube favorite, InporylemQQ, who in his their first Video of the Day hosted by Ten Ton Hammer’s Mistress of Pain, Shayalyn,  just made some people go moo. The tale of how this video came to be a feature is one built from strange thoughts resulting from a lack of coffee, dancing, ArcheAge, and thoughts of cow-tipping. That alone should be incentive enough for you to see it for yourself.

Today InporylemQQ once again returns to our Video of the Day feature thanks to a tip from Ten Ton Hammer reader Karrus, who tipped us to the latest work from the YouTuber, which merges more creative moves from ArcheAge with the song Bubble Pop from South Korean pop star Hyuna. We'll just say NSFW for precautionary reasons, but if you have a job that doesn't care about you watching videos involving sexy dancing from Hyuna and ArcheAge furries, carry on.

If you’re feeling lost and confused right now I’m pretty sure that’s normal. Be sure to take a look at some of the other videos from InporylemQQ's YouTube channel if you’re interested in getting a peek at some ArcheAge gameplay or just in the mood for more of his unique brand of videos.

ArcheAge should be making its way to North America in the future courtesy of publisher Trion Worlds, but you can head over to the official website to sign up for beta now.

If you've got a video you'd love to see featured as our Video of the Day, drop me a link at martuk[AT]tentonhammer.com. You can also tweet me @TTHTuk on Twitter.

Video of the Day: The Sights and Sounds of ArcheAge
Take a look at some incredible sights, from siege battles to hang gliders, while listening to the sweeping Arch