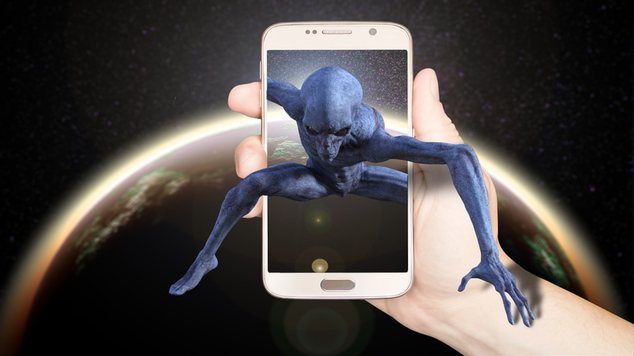 Nothing can beat the sensation of shedding our daily grind, then stepping forth into fictional worlds filled with excitement and adventure, assuming the roles and personalities of entirely different characters. This is arguably what makes fantasy gaming so popular, as we explore new realms and embark upon heroic journeys.

Fantasy gaming has come a long way, from the early days of pen and paper or tabletop games, largely inspired by the works of J. R. R. Tolkien and other famous authors. As technologies advanced, they began to appear on early personal computers, then console systems, before inevitably making their way to mobile devices.

The communications boom has brought numerous ways to delve into thrilling stories, along with various ways to explore fantastical realms where the only limits are your own imagination. What’s more, we are now able to play these games on desktop or mobile devices, bringing a whole new dimension to our solo and multiplayer adventures.

Widely regarded as the greatest in the series, Final Fantasy VII is now available on mobile devices, lovingly restored and remade in high definition, breathing new life into a game that first appeared on consoles back in 1997. Indeed, FF7 was so successful, the original boosted Playstation sales and made RPG games popular on consoles, while this mobile remaster has even inspired new remake and spinoffs, coming soon across all platforms.

As we explore the post-industrial fantasy world of Gaia, we can take on iconic villains and enemies via intense turn-based combat, unlick secrets hidden behind challenging puzzles, alongside intriguing mini-games which include training companion creatures. However, most people will agree it’s the epic story and amazing characters, which truly made FFVII such a truly memorable game.

The mobile version of this classic game includes a variety of novel new features, including the ability to turn off enemy encounters, aimed at players who want to avoid the fights and just focus on the story. Alternatively, you can keep the combat and simply max out your stats instead, kind of like a win button, although the best experience is undoubtedly playing the game as originally intended by the developers.

Age of the Gods – Norse: Ways of Thunder

Set within the realms of Viking mythology, Age of Gods: Norse Ways of Thunder is an exciting slot game, packed with features that will entice players to keep spinning the reels. The aim here is matching colourful runes and symbols to unleash the powers of Thor, aided by his mighty hammer with bolts of lightning that flash across our display, unlocking the biggest winning combinations.

Part of a larger series, Age of the Gods has formed the basis of many online slot game creations by Playtech, as one of the most innovative gaming studios gives the spinning reels a whole new perspective. VegasSlotsOnline provides the opportunity to try this and more than 7780 games for free, now that more players are turning to their Android, iPhone or Windows devices to play mobile casino games.

Each game is accompanied by a full description and overview of key features, plus tips about playing online slots for free or using real money, with detailed reviews and recommendations for the best casino sites. This includes the latest information about no deposit codes and free spin offers, which is helpful whenever you’re ready to begin questing for cash prizes and jackpots.

Released by Early Morning Studio, which is quite ironic given that sunlight is to be avoided in Vampire’s Fall: Origins, as the game title would suggest, we are delving into the dark and bloody world of vampirism and creatures of the night. When we see the display and graphics, it’s clear to see this dark fantasy title was inspired by similar classics of the genre, such as the iconic Baldur’s Gate series.

2D isometric views have been a staple of RPG adventuring for decades, both on PC and console. Now they are also quite common in many fantasy games on mobile devices, albeit optimised and enhanced, with the aim of serving an entirely different platform and user experience. This makes navigation and combat in Vampire’s Fall easy to control.

Thanks to numerous and varied character creation options, Vampire’s Fall provides everything the RPG purist could ever ask for, before heading out to become the hero or the villain of this richly detailed story. Based in an open world, we are rewarded for by exploring by discovering hundreds of quests and items, which also means it’s entirely possible to play this game for free, without making any in-game purchases. Enjoy!