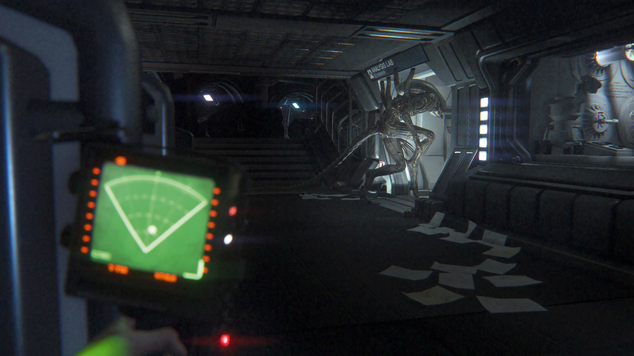 Covering a horror game that’s single player isn’t something we’d normally do at Ten Ton Hammer but post Eurogamer, I wanted to have my say on this title and make an exception. Horror games and I don’t particularly get on well (I think it’s partly the reason why I rarely stray from the massively multiplayer genre). I often support them with my hard earned cash but I tend to last mere minutes in the games before breaking out in a hot sweat and never returning. Thief, Penumbra, System Shock and Amnesia: Dark Descent are just a few of the games cluttering up my harddrive never to be played again. In some ways I’m sad about the fact I don’t have the stomach to play such games and have often tried to force myself to play through them. I did this with Stalker and while I’m glad I completed the game, it was exhausting.

I know already that I’ll never play Alien: Isolation and that’s not because it’s a bad game, far from it, but because the fear from playing it is paralyzing. I was fortunate enough to play the game using Oculus Rift and while the fidelity of the image is far less than that of a standard monitor display, I don’t think it detracted in any way from the experience - quite the contrary.

Prior to this years Eurogamer I was never really a fan of Oculus Rift. I’d tried it before but felt the technology was being shoehorned into too many games and I didn’t particularly like a terribly low resolution image being strapped several millimeters away from my eyes. Perhaps I went into this years Expo a little more open minded or felt that Alien: Isolation was just a brilliant fit: the experience of skulking around the dark trying to avoid an Alien (while having the ability to freely look around) was terrifying. 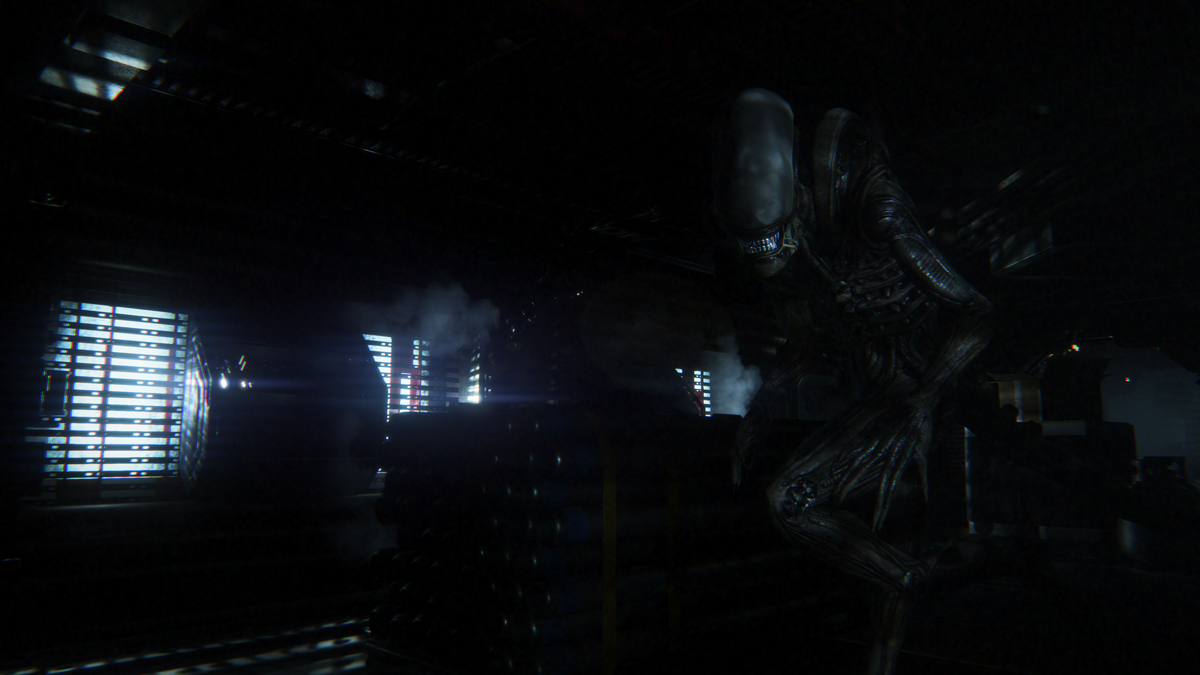 For anyone who isn’t aware of what Alien: Isolation is, it’s a first person survival horror very much in the same vein as Penumbra. You play as Amanda, Ellen Ripley’s daughter, as you investigate the disappearance of her mother (we all know how that ended). Unlike other survival horror games, the main opponent in this game is a single Alien that cannot be killed. As a result, you rely on stealth and hiding to avoid it entirely. There are some weapons but these are primarily against humans or androids.

I’ve no idea how the relationship between Amanda and humans and androids will play out as I’ve only encountered the Alien itself, but there’s a lot to say about this Xenomorph and the systems surrounding it. First and foremost, I’m a huge fan of the Alien franchise. They are, collectively, brilliant films and while I pretend anything after the third doesn’t exist, I retain huge admiration for the creature and its design. As you might expect from a survival horror, a fair amount of your time in Alien: Isolation is spent slinking about in the dark trying to avoid being seen and heard for fear of being found by the Alien.

During my first encounter with the Alien, I’d spent a good few minutes beforehand on my hands and knees (while looking nervously around with Oculus Rift) trying to listen out for any sign of the creature. Despite being in an Expo that’s incredibly loud, I was wearing noise cancelling headphones that still allowed me to forget everything else around me. What surprised me however was that there was very little audio to be heard in order to allow me to detect the Alien outside the use of the Scanner. I certainly didn’t design the Alien in the franchise but I would imagine this skulking beast would, when putting foot to metal flooring, make at least some noise. In the build I played, I just couldn’t identify those sounds and as someone more than used to standing still and listening for enemies (Thief and System Shock 2 being the cause of that habit) the sound system here seems a bit off. Maybe the Alien isn’t designed to make any noise but it seems odd always having to rely on the Scanner when an ear to the ground would be a quick alternative.

When I did actually see the Alien up close and personal, I have to admit I was genuinely terrified because the atmosphere leading up to it was so thick - pipes banging, steam vents erupting and the general apprehension that you knew you were being hunted. While I was relatively lucky to have already been crouching when I saw the Alien, it feels a little weird that the perfect organism isn't incapable of seeing me through some piping. Worse, when the Alien was stood mere centimeters from me and I was cautiously peeping over the top, it still didn’t see me.

If you know the films you’ll be aware that the Xenomorph is described as the perfect organism and I was always under the impression that it could see perfectly in the dark (unless extreme heat obscured its view). In this instance it seems that the Alien and its threat have been neutered in order to accommodate the stealth mechanic. Hiding in a crate from a Xenomorph or behind a pipe just feels at odds with the creatures potency as a killer.

I fully appreciate that Creative Assembly have had to take some creative liberties in order to make the concept work and very much unlike me, I’m willing to overlook it. The reason why is because the game is so genuinely frightening. Horror games are few and far between and while I don’t have the stomach to play them, it’s clear that Alien: Isolation is shaping up to be one of the best video games to ever come out of the franchise. You can tell that the studio have complete admiration for the source material and it shines through. What I also absolutely love is the small touches to keep players immersed: no HUD to distract the player and a lovely depth of field effect when you bring up your scanner (to prevent you being able to view both the scanner and the distance clearly).

Even after my brief hands on time with the game and the knowledge I’ll struggle to complete it when it’s released, I’m really glad it’s here. It’s so brave of a studio to not only take on an enormous franchise but to turn it into a game no one expected. Alien: Isolation, I’m sure, will go down as the definite film adaptation similar to Golden Eye on the N64. With a release date only days away, I’m really wishing the studio the very best but I’d recommend that if you are wanting to pick it up, you also buy a fresh pair of underwear.

To read the latest guides, news, and features you can visit our Alien: Isolation Game Page.