Are You Fully Immersed In The Game? 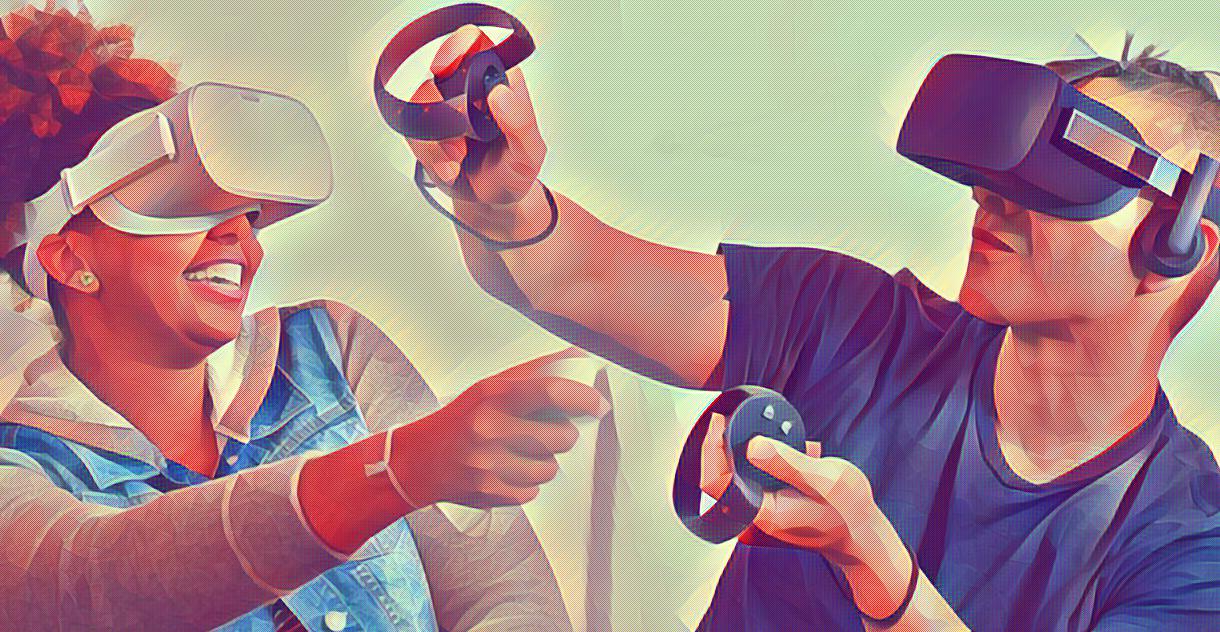 Less than 20 years ago, Virtual Reality (VR) was only mentioned in passing while discussing films such as The Matrix or in wild predictions about the future. Well, in the modern day, not only have we made Virtual Reality possible, but we've found effective ways to use it in fields as diverse as medicine, education, gaming, and even culture. Since virtual reality still isn't widely used yet, it is important to briefly explain what it is and how it is already improving people's lives.

With VR, the user is immersed in a computer-generated simulation that looks and feels real. A VR headset or helmet is commonly used to experience this setting. VR systems may differ greatly from one another based on their function and the hardware employed, but they can often be categorized as one of the following three types:

VR in this context often refers to a 3D simulated world accessible through a computer screen. Depending on the software, the surroundings may potentially produce sounds. Using a computer's keyboard, mouse, or another input device, the user may influence the virtual world around them, but the world itself does not respond to their actions. Non-immersive VR includes things like video games or websites that let you decorate a place online.

Accessible through a computer screen or specialized glasses or a headset, this kind of VR provides just a subset of a fully virtual environment. In contrast, to complete immersion, it is more interested in the 3D graphics and less in the freedom of movement that virtual reality affords. The flight simulator used by airlines and armies to train pilots is a popular example of semi-immersive virtual reality.

This kind of VR provides the fullest possible immersion in a simulated 3D environment. It includes the senses of sight, hearing, and even touch. The incorporation of olfactory cues has even been tested. Users are able to completely engage with their surroundings while wearing specialized equipment such as helmets, goggles, or gloves. Equipment like treadmills and stationary bicycles might be included in the set to give people the impression that they are really moving through a 3D world. Even while fully immersive VR tech is still in its early stages, it has already made significant inroads into the gaming business and, to a lesser degree, the healthcare industry, and is creating a lot of interest in other sectors.

Let's look at some examples of how VR is used in everyday life now that we've discussed what it is and what it aspires to be.

Which industries are now utilizing virtual reality? This technology has benefited many industries, including healthcare, the arts, academics, and civil engineering. Guided museum tours and remote muscle dissection are just a few of the previously unthinkable possibilities that virtual reality has made possible.

Virtual reality is already being used by several industries, including online casinos. VR is changing the face of online gaming platforms, and its further development promises even more radical changes in the near future.

There aren't many VR casino games available right now, but that's likely to change in the near future. The latest virtual reality casinos provide more than just a pseudo-3D interface. Instead, the action shifts to the casino floor, where players will find themselves in the thick of things. Virtual reality headsets and compatible iGaming platforms allow gamblers to immerse themselves in a realistic, engaging gaming environment. So, much like in a land-based casino, gamers may participate in games and communicate with dealers in real-time.

A few things that Virtual Reality casinos do to better imitate the real-life experience is to allow players the ability to read body language, which adds to the experience of games such as poker. More than this, small details such as the sounds and room details help players to become even more immersed in the experience.

Patients, doctors, and scientists are all in line to reap the benefits of virtual reality in the healthcare sector. Virtual reality has shown some promising results in treating mental health issues including anorexia, anxiety, and PTSD. Conversely, virtual reality (VR) might be used by physicians in their interactions with patients to shed light on diagnosis and treatment alternatives. Virtual reality technology may also help those who have mobility issues.

Virtual reality may provide innovative approaches to education. It has the potential to keep pupils interested in studying by giving them rare access to previously off-limits areas. A history teacher, for instance, may utilize virtual reality to give pupils a feel for what it was like to live in ancient times.

THE FUTURE OF VIRTUAL REALITY

Some of the biggest names in the industry are already hard at work on wireless, high-definition headgear. They're working on 8K VR goggles with more powerful CPUs now. There is even discussion of incorporating AI over the next several years. Newer wireless networks based on the 5G standard may potentially provide exciting opportunities for the future of virtual reality. Thanks to this standard, a wider variety of devices may communicate with one another, as can larger user communities. The very unnoticeable delay it provides will also allow users to get pictures in near-real time as if they were really viewing them.

With these developments, the idea of virtual reality is no longer a futuristic concept. It impacts on the present and will produce inventions that will shape our future in the coming years.