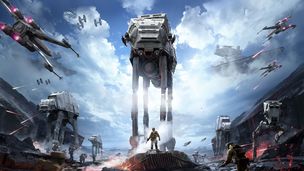 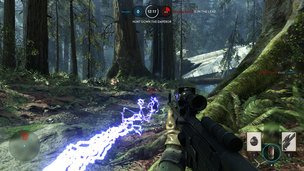 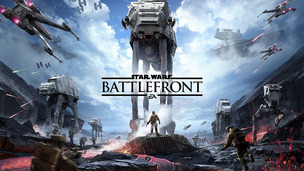 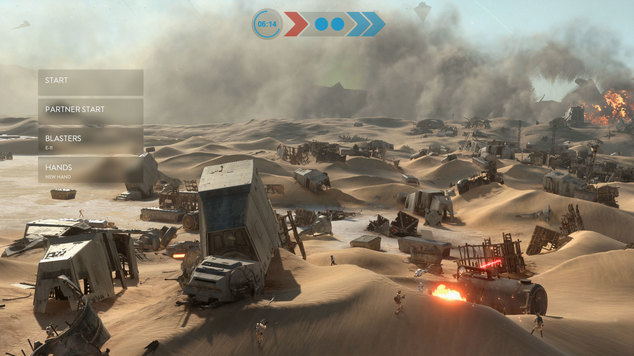 The Battle of Jakku is the first DLC pack being released for Star Wars Battlefront, and it’s the only one you won’t have to pay a cent for. If you pre-ordered the game you’ll have access to the all-new map of Jakku and the Turning Point game mode as of December 1st. the rest of you will have to wait until December 8th before the DLC will become available for you.

The new game mode Turning Point is the major bullet point of the Battle of Jakku DLC. It’s a 40 player map that aims to recreate the last stand of Imperial forces on the planet of Jakku, as the rebels continue their push after the events in the Battle of Endor.

If you’re going to see the movie on December 18th, you’ll also be interested to know that this battle takes place at the same location on Jakku in the film, with 29 years separating the two. 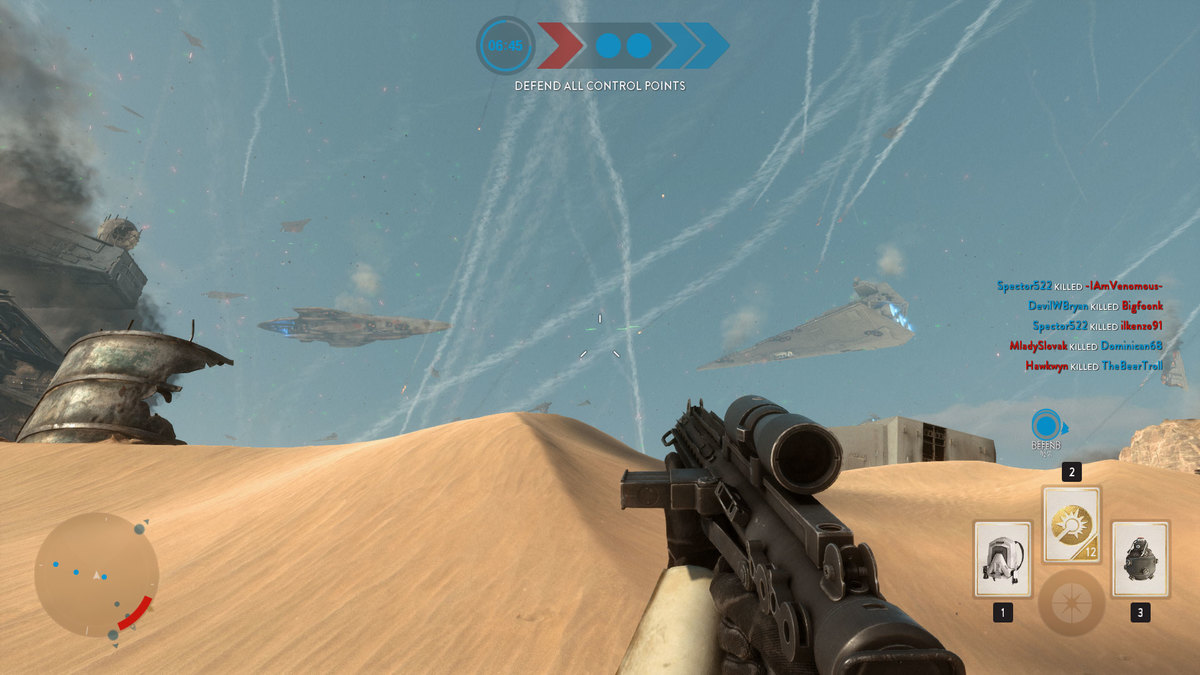 The new map is an impressive sight and really gives you that feel of being right in the middle of a gigantic battle. If you look up, you’ll see capital ships unleashing endless waves of fire while some succumb to the damage they have taken and begin plummeting from the sky. Star fighters are also darting around, occasionally crashing into a dune nearby.

On the ground things are just as hectic. Chunks of debris from space and fallen walkers litters the battlefield, providing minimal cover on what would normally be an open desert. The sounds of Battlefront continue to impress here, especially the effect of blaster fire thudding into sand.

There are three different variations on the map. One for Walker Assault/ Supremacy, Turning Point and Fighter Squadron.

In a way, Turning Point is the rebel version of Walker Assault, giving them a chance to be on the offensive for once. The concept behind the game mode is pretty simple. There are 4 waves of checkpoints, with the first wave having 3 different capture points, the second and the third 2 and the final wave 1 capture point. 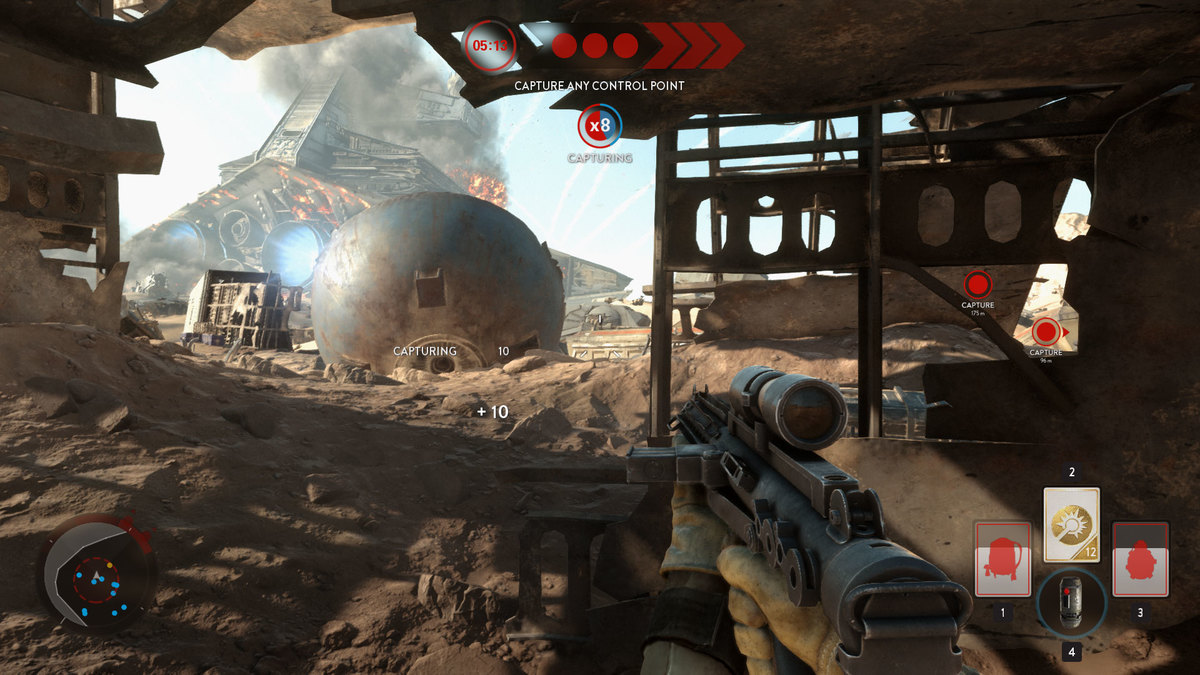 Rebels have to capture one of the capture points in each checkpoint wave to be able to move onto the next one. Capturing is done by having more of your team’s players inside the capture zone than the Imperials.

Defending the capture points is difficult for the Imperials during the first few waves because they’ve got to spread themselves out over three locations. When it gets down to two capture points things become a little easier, but you’ll still need good communication to make sure there are now gaps in your lines.

Of the over 10 Turning Point matches I played, the rebels won about 90% of the time, mostly because attacking in turning point requires less communication than defending in my opinion. To take a point the zerg method is usually the most effective so all a rebel team has to do is call out a target like “left” and the entire team knows what the plan is.

Dividing players into teams to cover two or three capture points is a lot more difficult especially when most of the players don’t use a mic. Instead, you’ve got to watch your teammates as much as the rebels and then fill in where you notice the defense is lacking.

Overall Jakku is a good bit of content for a free DLC. The map looks absolutely stunning in each of its variations and the new Turning Point game mode finally gives the rebels a chance to go on the offensive.