WoW - To Buff, or to Nerf: That is the Question
The cries for the nerfing and buffing of  classes echo across the official Blizzard forums. It is an ever ragin
Review
World of Warcraft 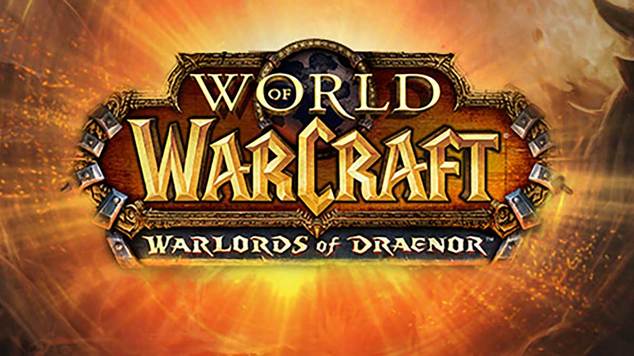 As more information comes out from the Warlords of Draenor Alpha, we keep learning more about the impending changes.  One of the latest changes announced is a fairly dramatic change to how periodic effects function in the game, these are generally referred to as Healing over Time (HOTs) and Damage over Time (DOTs) function.

There are three core elements that make up the change to periodic effects.   While they can be summed up fairly simply, they do require far more detail to understand fully. The simple version:

What does all that mean though, and how does it affect you as a player? Let’s look at it.

What are “Snapshot” values?

Before looking at how periodic effects will be calculated going forward into Warlords of Draenor, it is important to understand how they are calculated currently so that you understand the difference.

Currently in the game when you apply either a HOT or DOT their effect is based on your stats (spell power, haste, and more) at the time you cast the spell.  This means that to get the absolute best effect from a HOT or DOT, you needed to time applying them after major buffs such as Heroism or trinket procs.  Ideally you would apply them as soon as the buff became available and then again just before it expired so that your HOT or DOT would continue at maximum effect even after the buff had expired.

This meant that even if your spell damage dropped by ½ a second after you applied your DOT, it would continue to apply damage as if you still had the boosted stats.  This made timing your HOTs or DOTs to fall into the high stat points in a fight critical to your healing or damage output.

How will HOTs and DOTs work without the use of snapshot values?

There are a few exceptions such as a Mage’s Ignite spell and a Monk’s Blackout Kick, that are still based on the snapshot value from when it was cast, but these will be far and few between.  Spells and abilities will only keep the snapshot value mechanic if they are essentially “delayed” or “after-effect” type abilities and not ongoing healing or damage.

This part of the change is pretty substantial in and of itself.  It essentially removes haste breakpoints from the game.  For those that are not clear on how Haste functions with both HOTs and DOTs in the game currently a simplified explanation is as follows:

You can find more detail on the current mechanic here: Haste Explained: How it affects HOTs and DOTs.

It is easy to see though, that hitting the point where you get an extra tick is a huge benefit.  However, if you stacked Haste and fell a single point below that break point, it was a complete waste of stats.

This made it important for all players that had HOTs and DOTs to learn the haste breakpoints and just hit them but not pass them.  IT became a constant juggling point, hit a breakpoint, see if you can reach the next one, if so go for it, if not change any excess haste to another useful stat.  The meant that for most players there were 2 or 3 key Haste numbers to aim for and otherwise ignore it.  It also meant that players that did not know about the haste breakpoints could loose out significantly in healing or damage output.

With the new system being applied, Blizzard will be putting the ability into the game to constantly evaluate how much of a tick is remaining and add a proportional effect to the last tick.  This means that given the same example as above, by reaching enough haste to hit the old 12.5% breakpoint for Rejuvenation you would have 0.50001 of a tick remaining.  Therefore the 4th tick would heal for the normal example value of 5,000 health at roughly 10.5 seconds, and then a 5th and last tick would occur at the 12 second mark that would only heal for an additional 2,501 health that represents the remaining 0.50001 of a tick.

Essentially, what this means is that Haste breakpoints will become a thing of the past.  Haste will scale smoothly for HOTs and DOTs no matter the value.

The last part of the shakeup to HOTs and DOTs is a change to managing refreshing them.  Currently in World of Warcraft, refreshing your HOTs and DOTs at the proper time for maximum effect and mana efficiency can be a little bit of a pain.  When you refresh a HOT of DOT effect the refresh will not start until after the next tick of the previously applied effect applies.  This means that if you refresh them at any point previous to between the second last and last tick you lose efficiency, as any extra remaining ticks are lost.

To make it clear let’s use a very simple example assuming you have a DOT that deals 1,000 damage every tick for 5 ticks each 2 seconds apart and the ability costs 5% mana.

As you can see, you lose efficiency and you lose HOT or DOT uptime as you will need to re-apply more often, costing more mana.

Warlocks have a passive that allows them to refresh anytime in the last 50% of a DOTs time and it would keep the remaining time on the refresh.  This meant a 10 second DOT could be refreshed at the 5 second mark, and the new DOT would have  15 second duration instead of 10.  This made keeping DOTS active at best effect was much simpler for a Warlock.

Blizzard will be making the same type of refresh mechanic that is available for Warlocks available for all HOT and DOT effects, just on a smaller scale.  The new mechanic is that you can refresh them anywhere in the last 30% of the normal duration and keep the initial full effect.  This means your new application could be up to 130% duration of normal.

You can find all the fine details on periodic effect changes in the Warlords of Draenor Alpha notes.

Overall, I like the changes, even if I am not completely sold on losing the “snapshot” value of your stats.  I understand how using the system led to players gaming the system and meant that to get max effect you needed to watch addons and timers.  It also meant that not gaming the system would kill your healing or DPS numbers compared to someone who did.  Being forced to use addons and time things perfectly is generally not a good thing for a game.  There should be skill involved, but it should be based on player ability, not watching timers.

However my real issue with the loss of snapshot values comes from applying a realism factor (I know, it’s not a realistic game, but indulge me for a minute). Consider a pitcher throwing a fastball.  He throws it at 100mph and right after it leaves his hand, his arm breaks.  Does the fact that he could now no longer even throw the ball, make the ball that is already in the air drop to the ground?  No. What’s done is done, and a change to his current ability does not change what has already been set in motion.

I do however overwhelmingly approve of the changes to haste and to the refresh period at it simplifies the mechanics of the game to a more intuitive level.  The idea of haste breakpoints is not something readily intuitive and never made complete sense to many players.  After all why should you get an extra tick at 0.500001 of a new tick, why should it round at all?  Why should you be forced to look at break points? Why should a stat only be of maximum benefit at set values?  All of those things made haste confusing and non-intuitive.

This importance of simplifying  the refresh of HOTs and DOTs is especially important when you consider the effect of losing snapshot values and going to a constantly recalculated value is immense.  If Blizzard had left the old system in place, refreshing HOTs and DOTs would have been a nightmare!  Think of the situations where your last ticks could be 0.01 seconds apart, how could you possible refresh in that timeframe.  Also consider the cases where major haste effects get added or removed to you during the last little bit of a HOT or DOT, it could change your refresh window significantly but at a point in time that makes it impossible to react fast enough.

The Messiah has had his say on the changes to periodic effects coming to the game with Warlords of Draenor, now it’s your turn.  What are your thoughts? Do you like the changes, hate the changes, or are you indifferent to them?  Do you feel they are a good simplification or a dumbing down of the rules?  Let us know by posting your comments below.

WoW - To Buff, or to Nerf: That is the Question
The cries for the nerfing and buffing of  classes echo across the official Blizzard forums. It is an ever ragin