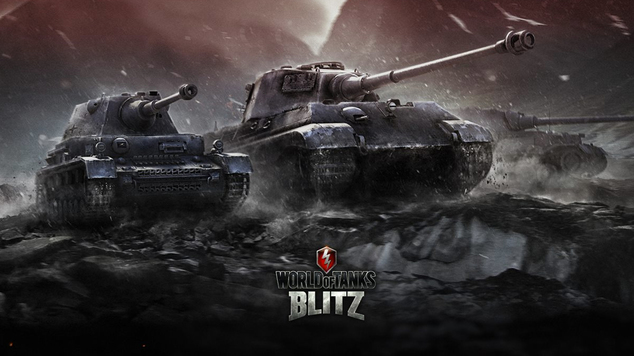 You too can command from the can with World of Tanks Blitz. This mobile version of World of Tanks has all of the features of the full game, but you can play it anywhere, from the bathroom to the bus to that hipster coffee shop that you basically live in now. If you want to the tl;dr on this game and don't want to bother reading, then just absorb this line: "it's World of Tanks on the go." There you go, you're free, dismissed, you may leave now. Of course, if you want to know how it actually played then keep going.

We got to our grubby little paws on a demo version of the game and let's just say first impressions are rather good. I'm not specifically a tank person and I specifically do not have the income required to be the coolest tank commander in the world and to buy all the ammo and learn the various ways to just not instantly die in Tank Simulator 2014, but the mobile version was strangely satisfying.

The controls have been dumbed down a bit, which in a way makes the game a lot more accessible. The tech trees, historical tanks, and realistic combat remain but the targeting / zoom is simplified to work on a mobile screen. It has a chat system, integrates with wargaming.net (different progress from WoT PC / Console), and you can even have 2-player platoons so you can play with a friend. 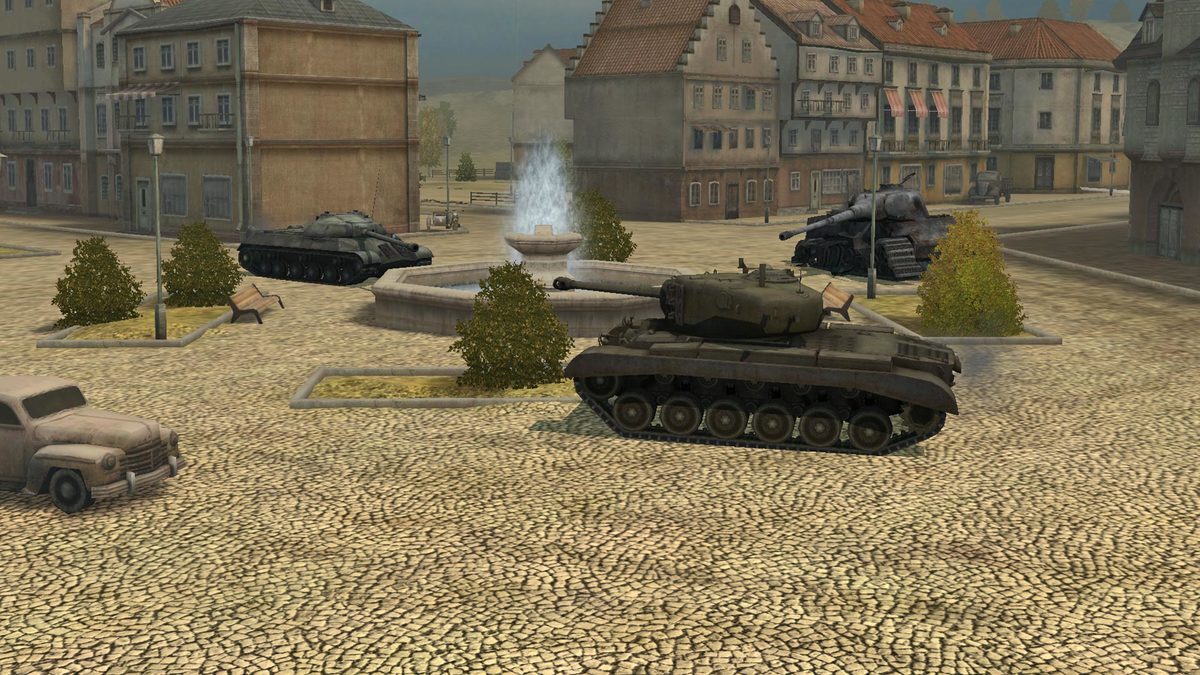 Best of all, obviously, if you're super into WoT you'll find comfort in all of the similarities, but if you're not, it's a really easy to get into tank combat game with quick matches (our very own Skyla's match lasted about 5 to 6 minutes). On my playthrough, moving the tank around at first was a little bit awkward, but after I got the hang of it I was slinging the tank around like a pro.

Just to reiterate, the simple controls actually makes World of Tanks more fun for me. So if you were ever one of the newbs like me who would load into a WoT match and just instantly die, then this is definitely worth a try to see if you can perform better on what is essentially World of Tanks lite.

One of the downsides to the mobile version is that you will not have access to your gold, stats, or other things from the main game. You'll be in an entirely new world, which is good in the sense that it's a fresh start and people will be climbing the tech trees from the start again, and bad in the sense that a lot of people have a lot of money sitting idle on their main accounts and it sucks to have to rebuy all the things you love for the mobile version.

That aside, the game was fun for the short time I got to play it and I'd suggest a download if you're bored and want to take command of a tank while riding on the bus or drinking coffee or whatever you want to do. It'll be available June 26th for iPad 2+ and iPhone 4+, iOS only (sorry Android folks).

To read the latest guides, news, and features you can visit our World of Tanks Blitz Game Page.