Speaking with PC Gamer UK, PlanetSide 2 Creative Director Matt Higby talked about how Sony Online Entertainments upcoming MMOFPS differs from other shooters like Modern Warfare and Battlefield. Higby compared the two popular FPS franchises to being more akin to Checkers, while PlanetSide 2 is more like Risk.

Higby explained that the massive war between the three factions of PlanetSide 2 will be fought across eight-by-eight kilometer continents complete with their own bases, towers and bunkers.

Theres a whole territory control mechanic, Higby continues, so as you conquer bases, towers, bunkers, even just ridges, like out in the wilderness, ridge lines and mountains and stuff, you can capture all these things and capture nodes for play resources.

The full six-page PlanetSide 2 preview can be read in the latest issue of PC Gamer UK. 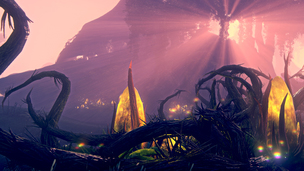 Planetside 2 Factions: Why the NC Rocks
Planetside fans are loyal to their factions. Rico explores them all in this editorial, but he has a clear bias.