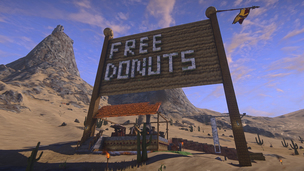 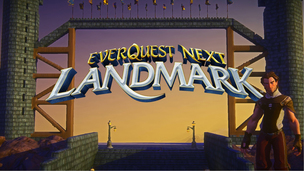 What if EverQuest Next: Landmark Was Real?
Alex discusses Landmark and questions what reality might be like if SOE had never changed it's name. What would
Feature
Landmark 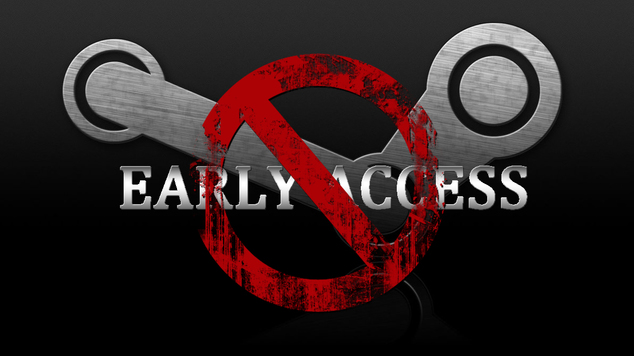 Early Access works in one instance, and one instance only: for developers that cannot afford Q&A testing on a large scale and already have a solid game. For all other applications, Early Access does more harm than good. It hurts both players and developers, and should be avoided like the plague. I'm not saying there aren't aberrations to that blanket statement... But the reality is the drawbacks greatly outweigh the benefits, and they rarely - and I mean very rarely - fail to surface. These drawbacks will happen, and they have the ability to kill potentially good games in the most deadly and efficient way possible: with total silence.

The problem is, it's tough to quantify statistics on who isn't playing a game - and much easier to quantify who actually is. Most developers have no way to calculate how big of a potential audience peeked under the hood and walked away. With no NDAs (and no real control over who's viewing the product even with NDAs) in the world of Twitch, YouTube & "free" advertising, most people will get a free-look and many are dismissing these games before they ever had a chance.

That means for the select group of developers that could be considering early-access, they should carefully contemplate control methods. More importantly, they need to ensure their game is as close to complete as physically - and financially - possible. Prior to opening up doors for Early Access, developers need to put their best foot forward; because these days, there is little difference between Early Access and Official Release.

The Dangers of Subjectivity & Wildfire Advertisement

I'm going to be frank here. Early Access warnings don't mean shit. For one, most people don't even read them - which should be the only red flag a developer needs who might be considering an Early Access program that isn't absolutely and one hundred percent essential to the game's launch as a solid product. Some players just don't care. You can call that stupidity or ignorance, but either way that's potential sustainable income walking out the door if they believe the game (even in its "pre-warned" incomplete state) is bad or even average.

Compounding that problem is the fact that no standards exist for an Early Access game. Some games come out so raw, they are completely unplayable; with less than half of the game intact and by effect even less of the intended user experience. Other games come out so solid and enjoyable and complete in experience that they already feel ready for release. Once you start comparing those to actual released games that were terrible, you can see the real disconnect. Developers pursuing Early Access run the risk of players viewing a half-finished game as a finished product, and no amount of warning signs can prevent that impression from happening.

Even worse, gamers have friends (believe it or not). We talk to each other. We tell each other what we're up to, and what we've been playing. Word of mouth is wildfire, and it can spread awareness, illuminating the entire gaming world about your title. Of course... they can also burn it to the ground. There is no way to control what people will say about a game. Unless of course those people are your employees and you're keeping your unfinished game behind closed doors until it is completely ready to be judged and evaluated as a finished (or very near-finished) product.

If it isn't, I would argue that the risks are far too large to be worth the rewards of some low-cost advertising and Q&A testing.

Unless your game is running the risk of never surfacing at all - Early Access should not be part of the plan. Period. There are some situations where a game is slightly underfunded and an Early Access or Founder's program could get a team over the hump to finish up the last remaining essential features. That is probably the only situation where a little bit of early access criticism won't hurt too badly. 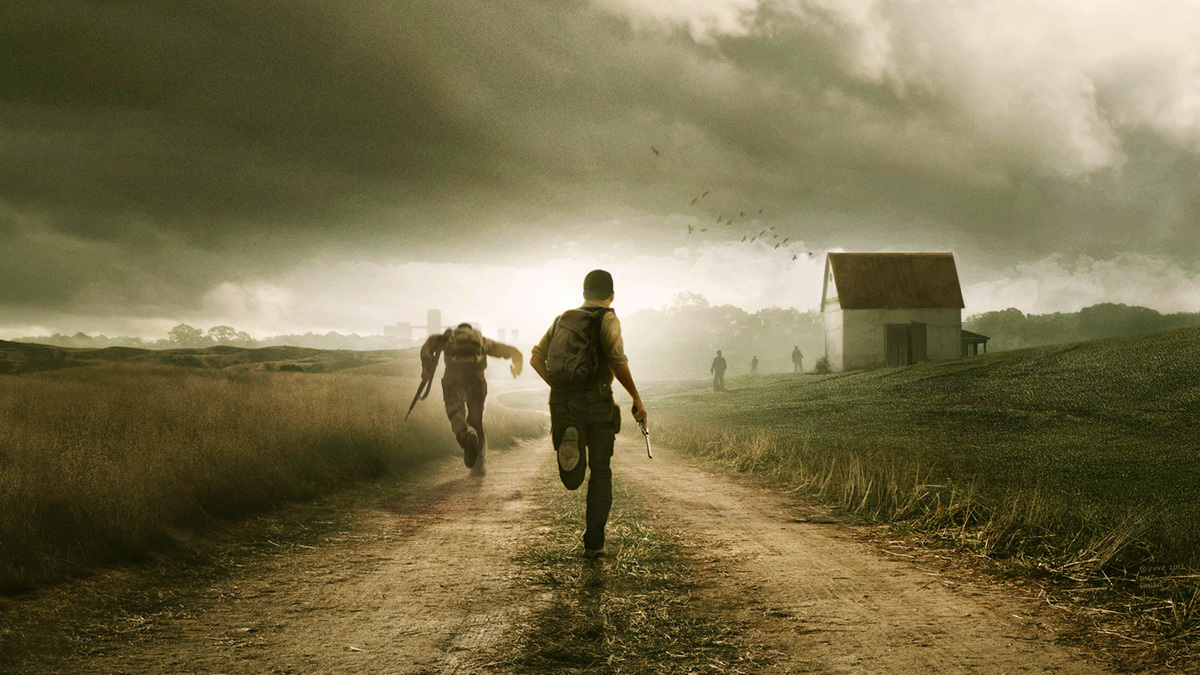 Sure. I know it's a saying. I know it has merit in certain situations. But if you have no way of controlling what the press are showing to everyone else, you run the risk of them highlighting the most incomplete and disfiguring features of all. That is, if you're lucky enough for the press (and their audience) to even be paying attention. Generally, games get the most notice when the gates are first opened - whether that is official launch or behind an Early Access pay-wall. Either way, once anyone can get in, that is when the spotlight truly turns on - in all its potentially unfinished glory.

The more incomplete a game is during Early Access, the longer the press are going to have to wait to really cover it the way it should be covered. If they're patient or rich, they'll probably give you that courtesy. Unfortunately most writers and journalists in the gaming industry just aren't afforded the time to do that. We've got to stay current, and if our audience is curious only when Early Access hits - we may not be capable of giving your game the due diligence it may later deserve. As I mentioned before, even our best attempts to warn people of opinions about unfinished products, many people won't take heed.

It doesn't help that game developers don't actively keep us in the loop either, which can result in their game completely falling off our radar. There are literally hundreds of titles trying to get noticed  every year - especially during this rising Indie boom. So if a producer/publisher can avoid the temptation of Early Access, they're much more likely to have the gaming community and gaming press primed for coverage when they need it most. That creates exactly the kind of critical mass you need when your game should be at its best. When you consider the severely over-saturated games market that is receiving a flood of new titles for console, PC, and mobile alike, lots of attention at one time is a premium commodity.

Yeah, yeah, it's respectable to be transparent right?

If you're keeping stuff behind closed doors and people can't get a really good look before buying, they might be cautious of getting duped and not buy right? Wrong. People will see other people play who didn't feel that risk of being duped and still bought in anyway. Having an audience that may or may not respect you is better than having no audience. Which brings me to one more topic - and probably the most important of all.

While this can apply to just about any early access game - it applies most specifically to multiplayer titles.

Unfortunately all of these things, these emotions, these energies, will require fuel.

While players will come with plenty of their own personal fuel and many reasons to be clamoring to get their hands on the game for the first time - that fuel and those reasons are a finite resource. No matter what, we'll all eventually deplete our personal reserves. It is your job as developers to ensure that the game itself (not the long-term concept) can refuel our passion before it runs out. We should never get anywhere close to running on fumes, let alone go totally empty... because if we do, you've lost your first battle before the war has even started.

The core audience that comes charging through your Early Access doors are the players that will found guilds, build communities, and create the most enthusiastic awareness for your game. If those people don't have the energy to do so - you're pretty much screwed. If you can't keep the people most-excited for your game at least mildly happy and entertained, then you shouldn't be opening the gates at all; because you definitely won't be keeping everyone else interested. Nothing else matters.

Like I said before, and I will say again, if it is not absolutely essential (for funding reasons or refinement reasons) that your game require an Early Access program, don't even consider it!

It's just not worth the risk. It doesn't matter how confident you are in your product, Early Access is just too subjective and too volatile to warrant exposing your game (and future audience) to. You had better be damn good and ready for your title to be judged as a complete product, because for thousands of people, it will.

It's unfortunate, but that's the cold-hard truth. 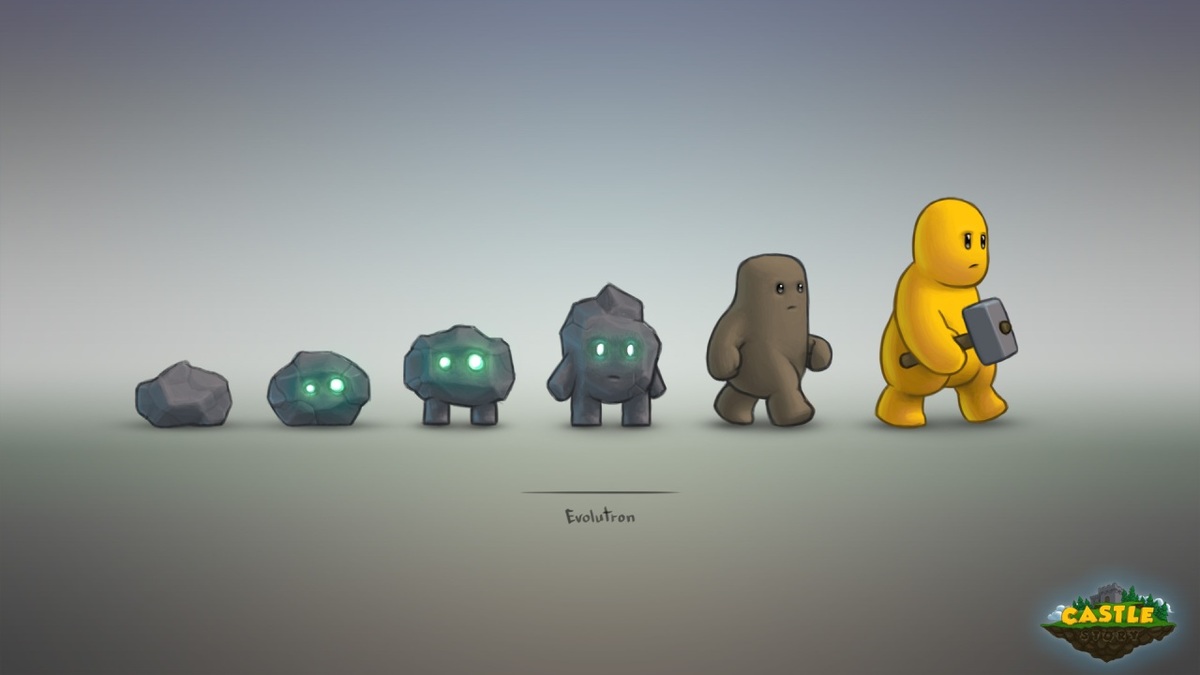 Somebody Has To Say It

Without enthusiastic and accurate word-of-mouth at the right time, without positive press and critical mass at the right time, and without maintaining a happy and content core audience at all times... submitting your game to the dangerous and unpredictable scrutiny of Early Access and expecting that to go well is total lunacy and should be reserved only for the truly - and I mean truly - desperate.

Will it always go wrong?

No. It will not always go wrong; but if it can go wrong - it will.

There is absolutely no reason most games that are currently in a state of Early Access should be there right now. Early Access is a highly specific tool that should be used only in very rare (and usually desperate) circumstances. Most developers have committed an injustice to the game industry by using these programs flippantly. They've damaged the public opinion of their games (usually), they've damaged their potential profits (likely), and they've put their biggest and dearest core audience through a process that they probably never should have been drug through (almost certainly).

I almost hate poorly thought out Early Access more than I hate improperly executed crowd-funding - almost; but I suppose I shall save my Kickstarter essay for another day. If you are a big studio with an experienced marketing team and are using Early Access improperly, shame on you. You should know better.

On the other hand, if you are in one of those rare and desperate situations where Early Access is the only logical remaining route to see your game through to completion... than the best of luck to you and your team - as you are most certainly going to need it. You've literally got a mountain of odds stacked against you.

If the shoe fits, wear it.

Also, for one final and very important request: you may hear players out there asking, begging, and even demanding that you give them Early Access... for the love of Gaming and all that is sacred, please don't. They have no idea what they're talking about.

(And here is a concise, animated version of what this article is talking about, made awhile ago. You'd think developers would have learned by now?)