Hands-On with Defiance - Blowing up Bugs and All-Terrain Antics
It may still be early in development but this MMOFPS is shaping up to be some bug-in-your-teeth fun.
Preview
Defiance

Defiance PAX Prime Preview - Long on guns, short on MMO?
Trion has taken pains to establish Defiance as a high quality cross-platform shooter, but with 6 months until l
Interview
Defiance 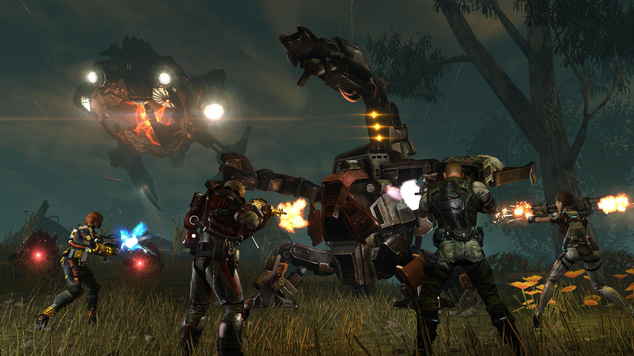 Defiance players need to prepare themselves to be lavished by Trion with today's announcement that they're going free-to-play. Starting June 4th on PC, July 15th* on PS3, and sometime in the future for Xbox 360. Wait you say, Defiance is already free-to-play, well, that's sort of true, but you had to buy the box copy to get in. Now the entry fee has been removed and anyone who wants can login and play at the official F2P launch.

We got to sit down with Trick Dempsey, game designer at Trion, and discuss this switch over and clarify some additional details. For specific details and a link to buy the game before it switches over, check out the official Defiance F2P portal.

In step one of Trion's plan to lavish players in rewards, existing box copy owners will receive a bounty of rewards (1,000 Arkforge, 4 Character Slots, 5 Loadouts, up to 75 Ark Keycodes, and up to a minimum of 70 inventory slots, existing slots will carry over). In addition, there is thirty days of Paradise Patron status.

As a note, new free-to-play players will only have 2 character slots, 2 loadouts, 50 Ark Keycode Maximum (locking out t4 boxes or mod caches without a change), and 35 inventory slots. 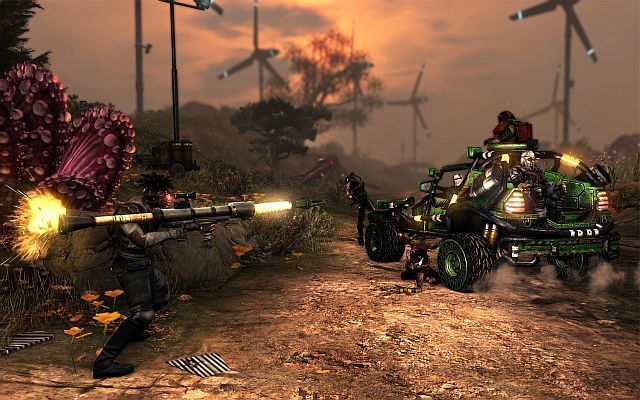 This status begins when you first login after the switch, so it's not specifically going to run a set date, so that's a huge plus. Trion is big on the no tricks, no traps model for F2P. So they're going to make the switch over as strong as possible without forcing anything.

Now, if you're in a big box store and you see a box copy of the game and pick it up, you're not going to be out of luck - these rewards will await you when you cash in your key. To that extent, I highly suggest anyone on the fence to go and buy the box copy (it's $9.99 or less right now) to get these massive awards that are over $100. So that's a huge return on investment even if you bought the game at launch.

So alright, you like Defiance and you really want to have a ton of fun with it. Well, this is what you get if you want to throw $10 at Trion. You get XP, scrip, skill, salvage, and reputation gain rates that stack on top of boosts. You get a 10% discount on the store (if you're making some big purchases, this almost pays for Patron status itself in a way), and a grab-bag full of one-hour boosts or Arkforge from Daily and Weekly Ark Hunter Bonus Lock Boxes.

No Tricks, No Traps

Trion isn't new to the free-to-play model. RIFT was once a subscription based game that went f2p and overall they did a fantastic job of handling the switch. Trion was very specific that the same kind of "no tricks, no traps" applies directly to Defiance as well.

Some core components of this methodology and the methodology used by Trion is that they want players to enjoy the game the way that they want to. DLC content for instance will remain, but if you don't have it and a friend does, they can invite you into that content. 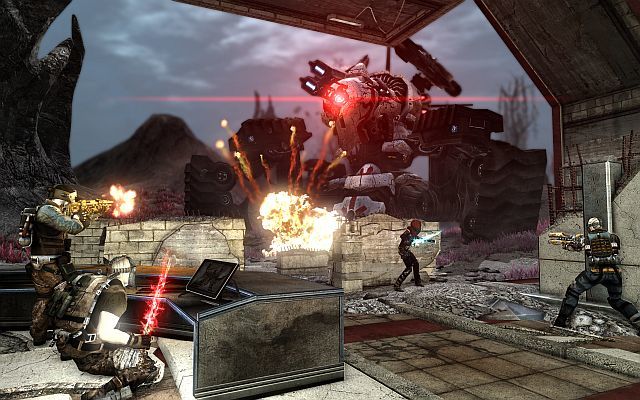 Additionally, future DLC launches will be free as well, although the item store may be seeing more species, outfits, and other cosmetic items. Season two will not be the same model as season one and Trion has learned a lot. The example Trick used was that the first season of most sci-fi shows is not as popular as later seasons and the same is true with Defiance, they're cooking up some impressive stuff including a new landmass that will launch in the near future.

Some other random things to note about - they're planning on doing a quick revamp of the item shop to make it a bit cleaner. Nolan will be returning too the Bay Area in a future content update.

Anyway, this is all good stuff for Defiance and will continue to impress on how the game is an awesome MMO 3rd-person sci-fi shooter. This brings it in line with All Points Bulletin's f2p model, giving PC players who are looking for shoot'em'up action more variety.

Hands-On with Defiance - Blowing up Bugs and All-Terrain Antics
It may still be early in development but this MMOFPS is shaping up to be some bug-in-your-teeth fun.
Preview
Defiance

Defiance PAX Prime Preview - Long on guns, short on MMO?
Trion has taken pains to establish Defiance as a high quality cross-platform shooter, but with 6 months until l