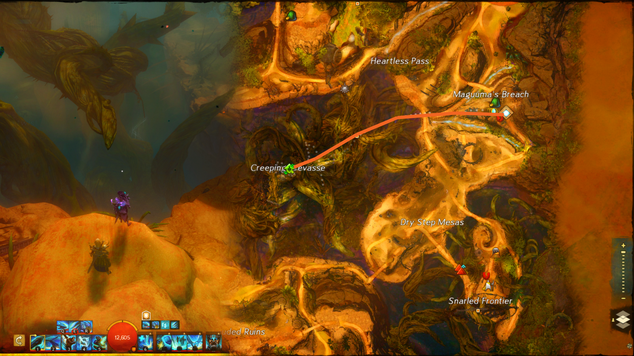 Epic Space Online is an online top down space MMO that has some really neat features, such as an infinite game world, the ability to build your own space stations, large capital ships, and more. We recently had the chance to sit and chat with some of the guys who are producing ESO (the space ESO) and ask some questions about their past, present, and future.

One interesting note, much like Pantheon - ESO failed its first Kickstarter, but has been funded through self hosted methods AND succeeded in a Kickstarter for its first major patch / expansion.

Q. Taking a step back, the original Kickstarter for ESO failed to reach its rather conservative goals. How did that affect your team and what has been some of the challenges since then moving from the KS funding model to your own self hosted pledge model (ala post Kickstarter Star Citizen)?

It hurt this team. When you promise something, convince 200 people to believe in it, it's not your right to quit. You have an obligation to continue.

In terms of the challenges of making a Kickstarter-like platform on EpicSpace.net, the main challenge was constantly reminding yourself to keep the entire checkout process simple. I think we achieved that with our home grown crowd-funding platform. It's pretty darn easy to select a package and get into the game in less than 5 minutes.

The world needs a 'self hosted crowd-funding' product. And the first person to pull it off will be a millionaire over night.

Q. The second round of funding on Kickstarter was a success, raising five times the goal and reaching almost 500 backers. Epic Space Online is becoming a true story of an underdog rising to the top. How does your team feel about the continuing success of the game against all odds?

This is our game, but in the end you really only need one person to believe in it. I'm the foundation. My team is another stepping stone. The 200 backers from the first Kickstarter, the 500 Backers from the second, the 8,270 people who up-voted us on Greenlight this week. The odds where always in our favor, the key was always patience.

So if you're out there, scrambling to get 90% of people to like you, remember: try to be patient, and focus on making a game that you are going to like, not 99% of the world.

Q. Epic Space Online has transitioned over to attempting to get onto Steam through the Greenlight program. Do you think that Steam (i.e. outright purchase early access) is a great way to fund games in the modern era, when a game may not be appropriate to Kickstarter’s funding model?

It absolutely is. Valve has expressed interest in shutting down Greenlight, eventually. I hope there's another developer willing to innovate and potentially come up with a really good solution.

Q. Epic Space Online shares a few similarities with Chris Robert’s Star Citizen in so much as they both feature space, spaceships, and a rigorous crowd funding campaign. Now that the game has moved into closed beta (i.e. pay for early access) do you think the same funding model (purchasing packs of ships) will work into open beta?

Absolutely. We're really just offering insurance on these ships. You can get them all in game of course. And you have to think about the cargo. That's what's most precious in ES Online, not just the ships.

Q. Free capital ship replacement is a crazy idea; imagine EVE Online with that function! How has the community embraced the idea that those who purchase / back the game may, at will, respawn their ships and even their capital ships (given restrictions)?

It's only available to our Kickstarter Backers as a way of rewarding them for "taking a chance" on us. You can only have one of these ships in the primary universe at any one time and it also takes 7 days to construct.

It's an experiment. As of today Capital Ships are starting to roll out. We're going to see how people use them to explore an infinite universe.

Q. Can you provide details about the timeline for open beta and if current pledge rewards will still be available? Will the game always have a price tag on the initial game or will it ever be “free-to-play.”

We currently don't have a target date just yet for open beta but we're working on changing that. I've never really been a fan of Free to Play games. We're all very passionate about ES Online and will do what's necessary to ensure that it will be around for some time.

Unfortunately, at the end of the day we have our families to feed. ES Online will always have an upfront price to access the universe and Wargame servers. As a trade off we're going to make a game and host a community you'll feel proud to be a part of.

Q. Have you considered attempting to crowdfund the next major expansion after capital ships?

It's on the table. People forget it takes millions of dollars to make a game with our goals. We've come this far with just 30k. Imagine what we could do with the budget most AAA developers have. It would solve real problems and yield fascinating game play.

To read the latest guides, news, and features you can visit our Epic Space Online Game Page.