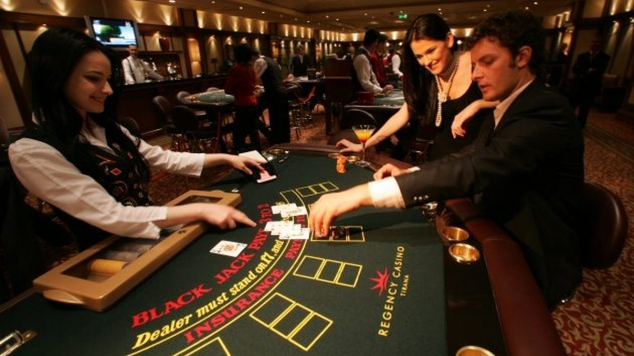 Evolving around a Theme - Lessons from Slingo

Outside the industry, casino games are generally considered an unchanging thing. After all, once you’ve learned the rules of blackjack, there doesn’t seem to be many ways to iterate on the classic theme. All isn’t as it seems, though. Due to a need to attract an audience that’s grown up doing completely different things to the casino-goers of the 80s and 90s, online operators have been trying to find new ways to introduce a little magic.

One of the most experimented-upon games is Slingo. Presently, the Betfair website offers nearly 30 online Slingo games, ranging from licensed titles like Deal or No Deal Slingo and Slingo Britain’s Got Talent to unique IPs such as Slingo Centurion and Slingo Ante Up. Of course, for the uninitiated, we’re getting way ahead of ourselves. Just what exactly is the game of Slingo?

Slingo has been around for a while, with its roots going back to the mind of a real-estate developer in 1994. It’s a mix of the hall game of bingo and casino slots, with a hands-off way of playing introduced to the concoction. With that in mind, it’s designed to appeal to people who like the simplicity of bingo but the nearly automatic gameplay of slots. There’s still much to be experienced, however.

Ironically enough, for such a simple game, Slingo is one of the few casino titles that lends itself to strategic play. These skill-based elements are small and easy to overlook but the hows and whens of creating a Slingo, i.e. a row of checked-off numbers, are sometimes left up to the player. The numbers in question come from the slots included in the game but players may get a chance to claim a number of their choice from the board.

It’s about as complex as choosing a hat in Team Fortress 2 but it does allow players to decide whether to chase a vertical, horizontal, or diagonal Slingo. They could also try for something more speculative, and see if a randomly stolen number can aid them much later in the game. This gameplay quirk rarely changes from one Slingo game to another but plenty of other things do.

Deal or No Deal

For instance, the Deal or No Deal Slingo game we mentioned earlier utilizes a popular gimmick from the TV show - the Banker - to spice up the proceedings. Once the player has accrued a number of Slingos, they will receive a cash offer from the mysterious voice upstairs. What happens next is up to the individual. In contrast, the Who Wants to Be a Millionaire-style of Slingo is more about matching symbols.

By far one of the easiest ways that Slingo has been able to innovate is by dressing itself in the clothes of other casino games. Slingo Starburst, Slingo Sweet Bonanza, and Slingo Rainbow Riches, among others, are all based on existing slots properties. Inevitably, people who are not familiar with Slingo but well versed in these other games are going to appreciate the introduction to a new world these mash-ups provide.

All in all, Slingo might not require quite as much remixing as an AAA console game but there are still lessons to be learned from its storied history to date.