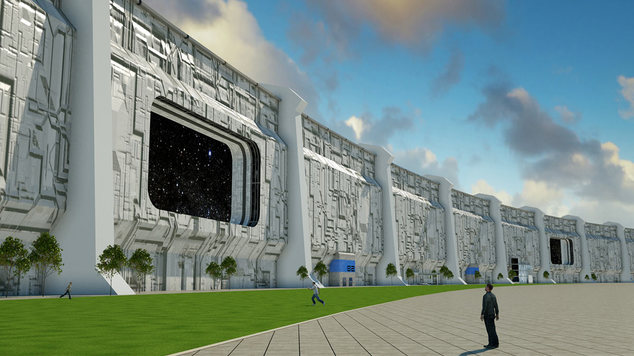 First Look: Ship of Heroes
After a few false starts, the post-CoH community may finally have a new hero.

The post-City of Heroes community has never lacked passion, even four years after the game's closure in November 2012. A few attempts have been made to revive or recreate the original comics-inspired MMORPG, but none have really shown signs of life or staying power.

Until now. Four years to the month from the CoH shutdown, the newest and most hopeful of these efforts, Ship of Heroes, was announced by the newly born Pennsylvania-based Heroic Games Corporation. We'll show you that their team has made impressive progress in just a few months since the public announcement of the game.

Nothing about Heroic Games is conventional, from location to organization to leadership. But to understand the drive for a game like Ship of Heroes, you have to understand the broader post-CoH community - a game community that still runs wikis and yearly lore AMAs for a game four years in the grave. They are an online community that longs for an online game community, rather than the increasing number of toxic online games primarily about itemization and achievement. They long for cosplay (maybe even roleplay) and sociability and lore with a game that lovingly supports these things, preferably in a friendly environment of like-minded folks.

This type of game simply doesn't follow the sugar-salt-fat formula of mainstream games and likely won't get an audience with mainstream developers or publishers. For a game like Ship of Heroes to happen, a select few in this community would have to build it themselves.

Casey McGeever, CEO of Heroic Games, and Lead Developer Matthew Wilson are just the right kind of folks to deliver on the dream. A lifelong gamer with plenty of experience in the executive suite, Casey brings business savvy to Matthew's vast artistic and game development know-how. Along with a trim, dedicated cadre of volunteers and freelancers, they sketched out the Ship of Heroes concept, laid the foundation in Unreal Engine 4, and began work on two integral parts of the comics MMO experience: character creation and a city worth fighting for.

This city-worth-fighting-for just happened to be aboard a spacecraft. Matthew clicked through concept art as Casey laid out the backstory. 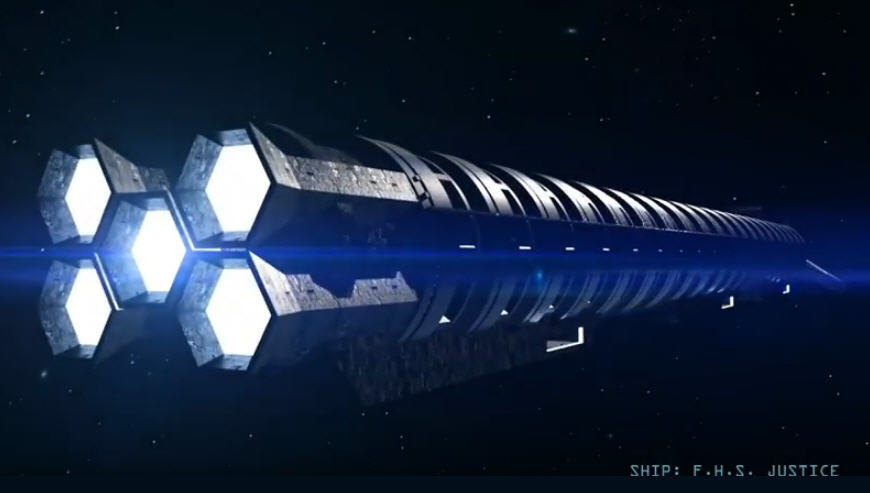 As with the war walls in City of Heroes, Ship of Heroes is divided into zones, of which Apotheosis City is the first layer (or "module") in a mammoth spacecraft dubbed FHS Justice. Launched in 2407 by a united, thriving earth, players will join the story 80 years into FHS Justice's journey, now firmly established as its own sovereign nation-state, independent economy, and roving trade caravan.

Powered by Unobtanium, a source of faster-than-light travel, gravity, currency, and (occasionally) superheroic powers, the ship's ports-of-call open opportunities for planetside events, as well as unique crafting and trading opportunities. In the meantime, like any ship, the FHS Justice may become infested with local pests or be targeted by alien interlopers. Casey noted that some ship modules would be dedicated entirely to meaningful PvP, and others may become overrun with alien life (sometimes intentionally so, for the resulting high risk, high-reward loot and crafting opportunities). That said, Ship of Heroes will have no shortage of PvE content. With a non-heroic shipboard population in the millions, jealousies will arise, and some of the biggest threats may come from within.

While most of the modules are devoted to the comfort and combat of the ships inhabitants, the forwardmost module is the command and control center of the ship. This is where things may get a little more sci-fi-esque. "We're in space for a reason, " Casey noted. "For example, at some point there will be raids on alien spaceships. You can imagine logging in on the weekend in order to be beamed over and fight on the alien ship for extra loot – or maybe the Justice will create a hull breach by ramming the other ship.  That armored spearpoint at the front isn't just for show."

It's a broad canvas, perhaps the broadest possible, and should allow exactly the kind of wide-open storytelling that City of Heroes espoused from its event-driven, time-traveling semi-annual issues all the way to Architect Edition and beyond. But it all starts with that first module: Apotheosis City, a sprawling urban area designed to make HMS Justice's inhabitants feel like they haven't left earth behind, at least in spirit.

All heroes begin the game with flight, and Matthew flew around the city while Casey acted as tour guide. We began in Heroic Plaza, in front of the game's signature take on the Gateway Arch, that iconic St. Louis landmark reborn in space as an Unobtanium refinery and mint (for producing currency). In the distance, another signature landmark loomed. I asked if the Space Needle doppelganger served any purpose. "We're tossing around a few ideas, but at the moment it's just a cool-looking building," Casey explained. 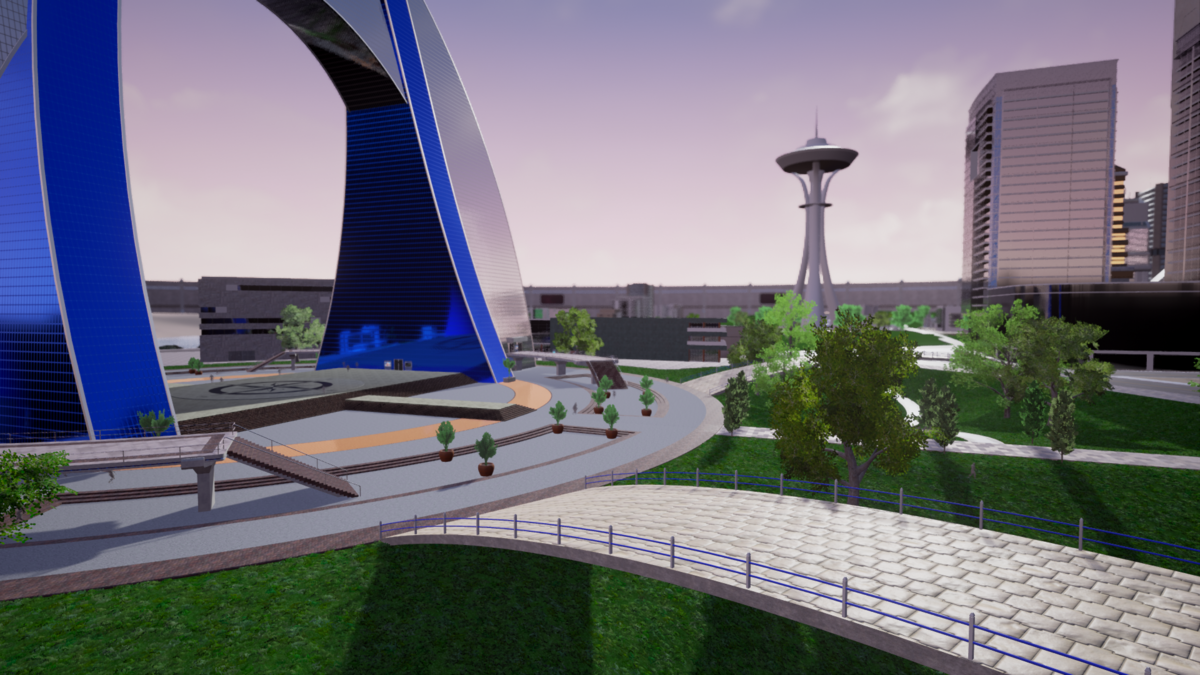 Tooling around Heroic Plaza brought back memories of Rikti invading Atlas Park, and Casey noted that any area could be similarly used for in-game events. The skyline around Heroic Plaza was impressive for a world only a few months and minds in the making, studded with futuristic looking architecture whose doors will primarily act as content portals, though some interiors had already been fleshed out. Players might get to do a bit of interior decorating in the future, too. "We like the idea of player housing," Casey noted, consigning that prized feature-set to sometime in the Kickstarted, subscription-based future. 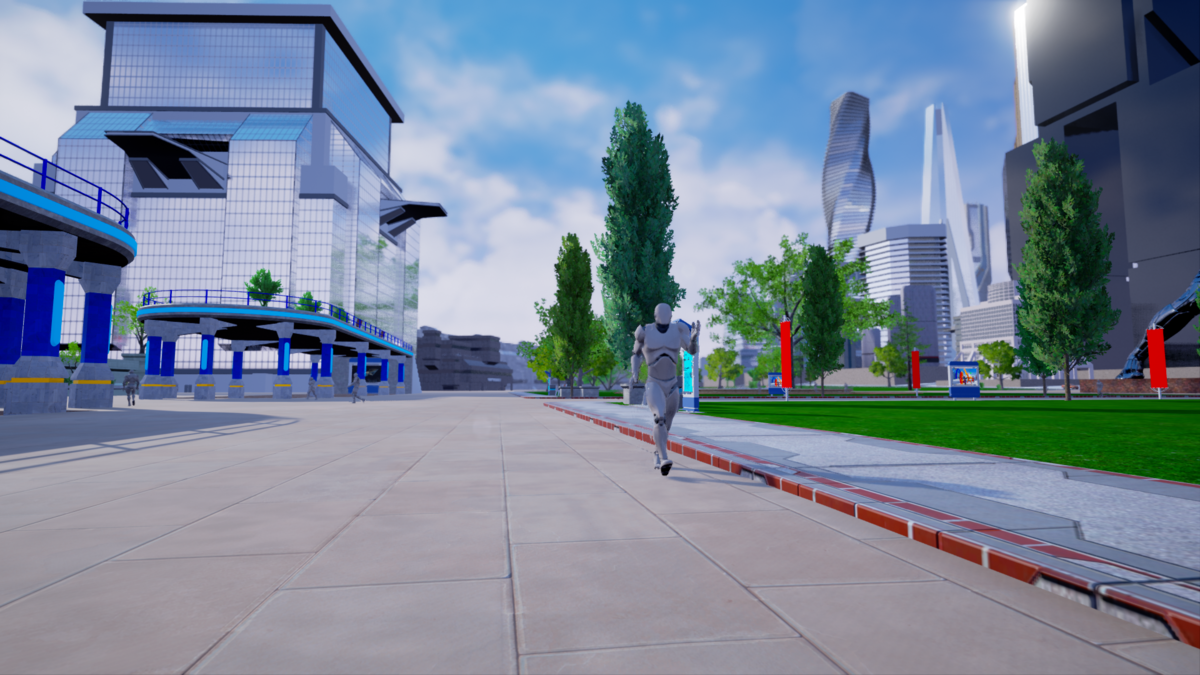 Back at ground level, the streets (or get-out-of-my-way-I'm-super-speeding lanes, as I like to think of them) were beginning to be populated by denizens, with vehicles coming soon. Some potentially high-rent condos skirted a nearby river, and across a nearby bridge was a planned low-level combat area. Everything about the scenery, even the skybox, evinced an upbeat, vibrant game world. "This just isn't a post-apocalyptic world or a zombie game," Casey explained. I sensed this upbeat, adventuresome verve wasn't just a design style, it was a foundational theme for the game.

For all its splendor, Apotheosis City remains a work in progress. Having seen most of what there was to see, we popped out of the game for a look at perhaps my favorite thing about superpower MMOs: the character creator. It was also a special point of pride for Matthew, as this is the part of the game that he took charge of and continues to refine. Matt explained that while games like City of Heroes and Champions Online define their heroic look primarily through "wasp waists" - that painfully draw-strung mid-torso look that makes me cringe when I see it on corseted women in old movies - Ship of Heroes takes a different tack: slightly longer legs and shorter torsos. 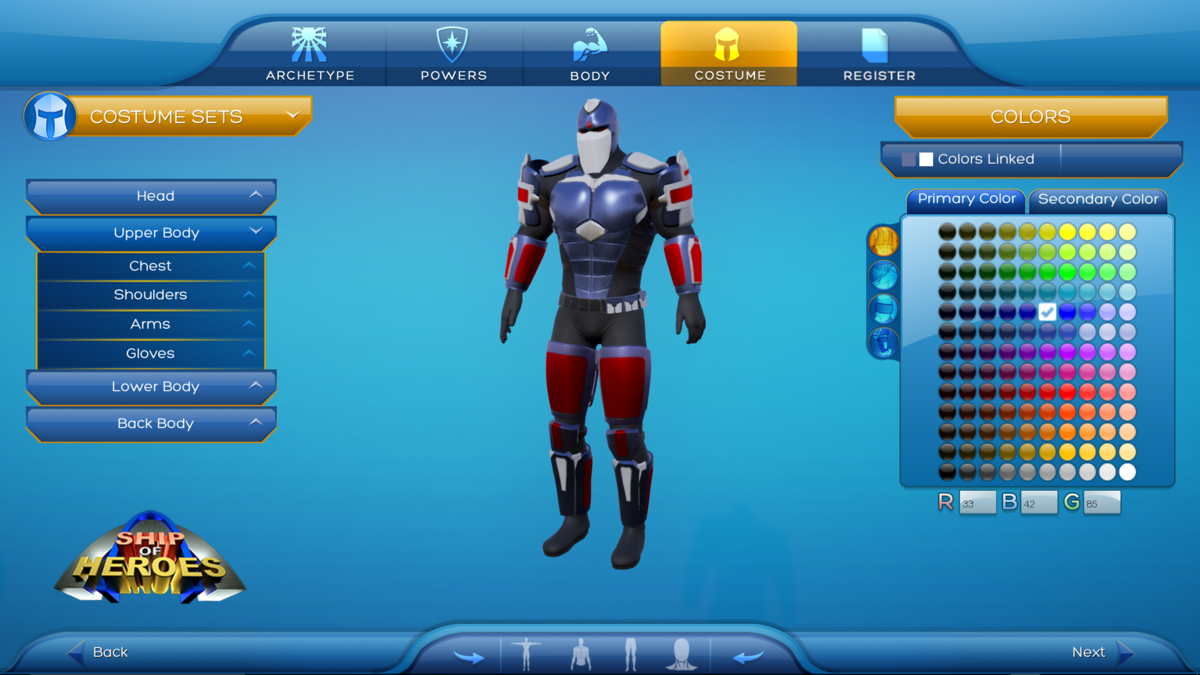 The effect seems to work, and since we created a female superhero while we were speaking, my thoughts ran to creating my own ladies' pro volleyball team supergroup. (Casey noted that supergroups will definitely be a thing, just don't call them that: "There will definitely be player organizations similar to supergroups.  We are planning to ask our playerbase for suggestions on what to call them; we don't want to step on NCSoft's toes by calling them supergroups.").

And while volleyball teams are in play, copycatting trademarked characters won't be. Following the example of other superheroic MMOs, Heroic Games simply won't allow copyright infringement. 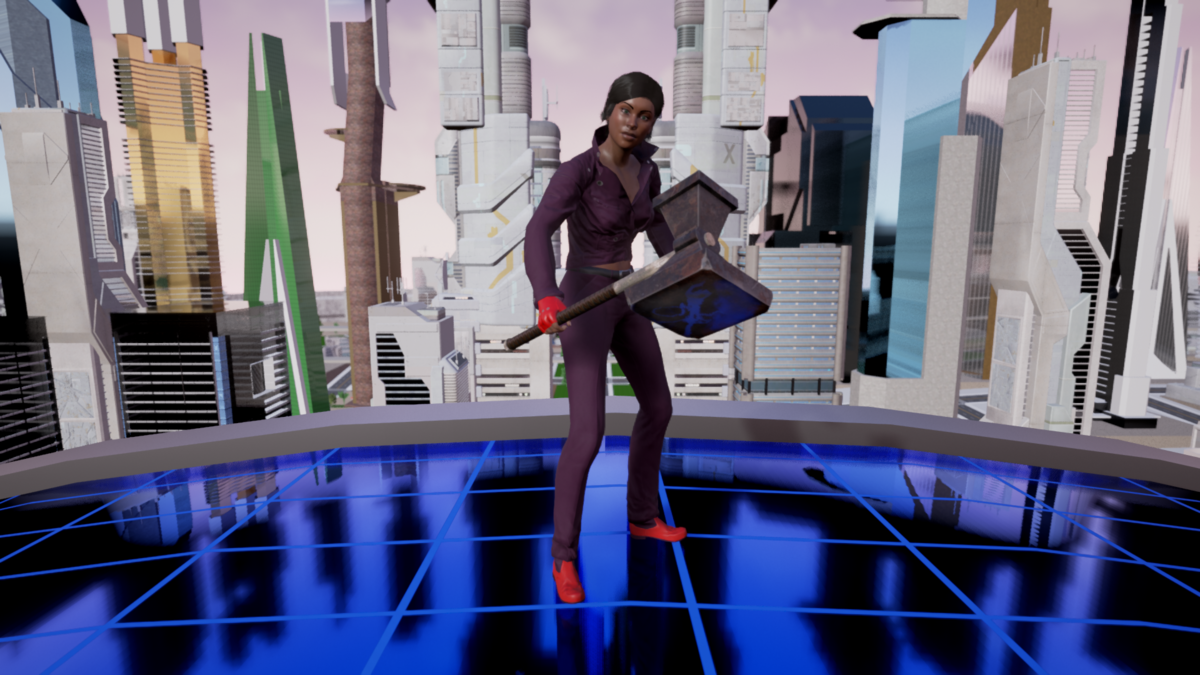 Instead of all these things, we created Miss Ten Ton Hammer (which instead conjured thoughts of the world's oddest and shortest beauty pageant). Different races and ethnicities are already in the game, as you can see. Hairstyles could easily be Matthew's specialty, each one either well-coifed or endearingly mussed, but all stylish. Casey pointed out that the team had partnered with a guy that has an entire photographic library of ocular irises for character creation, which besides being kinda’ cool, will no doubt come in handy for the biometric door lock on your player housing.

I could play with sliders all day, and Casey noted that typical lock / randomize options would be in the game just for folks like me that love modeling certain British actors, then letting cruel fate decide their philtrum width.

As for clothing options, a wide variety of textures and options are already in-game, with hex-ready colors available. One visual nicety is that some clothing items interact with others. A boot meant to fit around a pant leg won't just clip through, but will actually change the shape of the pant leg above the boot cuff. Casey explained that this tidiness, as well as the free-flowing Prell hair, owed its realism to the APEX physics engine Heroic Games opted to use. Then came the backstory, a text field that players can copy / paste into if they so choose. I didn't have anything prepared for the occasion, so we moved on.

The final step is choosing your power set. Power sets are still in the concept stage, but Casey gave me a for-instance. Blasters, in City of Heroes, were damage / damage glass cannons with a few useful abilities and loads of abilities you'd never use. Devastators, their counterpart in Ship of Heroes, will be a damage / buff class with a wide array of abilities for versatility in groups. Subsequent power sets, as in City of Heroes, will define what a character is best at / great at / good at / etc. We hope to see more about power sets as development rolls along.

While this was a very early preview of Ship of Heroes, it felt like a trip back through time to an MMO world that was; like going to a candy store in your hometown that you used to ride your bike to and finding the same smiling face behind the counter, the same blissfully soft jujubes in the case.

But the road ahead presents challenges. Heroic Games took it upon themselves to produce a fairly comprehensive build in a short period of time to prove they've got what it takes before approaching the Kickstarter community in April 2017. This is a risk - if SoH isn't funded, they'll eat the initial costs - and in itself the extended pre-development period reflects a growing distrust in the Kickstarter camp (about 1 in 10 funded Kickstarter projects fail to deliver and around 8 in 10 shipped late, according to 2015 statistics). Heroic Games is also dedicated to a subscription-based model - something of an anachronism in the free-to-play era but still the preferred method of old-school genre fans still very leery of pay-to-win itemization.

All that said, Ship of Heroes has quite a few things going for it. Infused with passion and unencumbered by publisher expectations or massive development costs, if Ship of Heroes finds its audience and sees the light of day, MMO gaming could have its first real independent success story in years.

Our thanks to the folks at Heroic Games for this early live look at Ship of Heroes. Check out the Ship of Heroes website for news and announcements as the game approaches a planned Kickstarter in April 2017.

To read the latest guides, news, and features you can visit our Ship of Heroes Game Page.