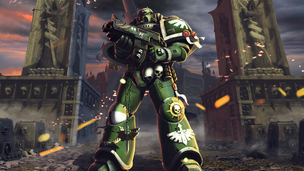 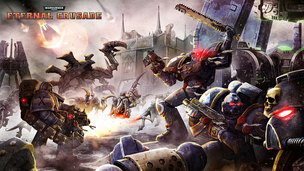 Back in the early 2000s free-to-play games where, well, free-to-play. There were games that literally had nothing for sale, you just logged in and played. You exchanged your beta testing prowess in exchange for their services at the eventual promise that the game would go free. The best example I can think of is Ragnarok Online, but RuneScape is another good example. Eventually the games adopted a monetization system. For some games it was a subscription fee, for others you leveled quickly through the first 20% of the game but then hit an XP grind wall only alleviated with potions from a cash shop.

It’s a bit different now. Players find the cash shop XP potions unsatisfying. So much so that most games keep the potion but ditch the grind. So now, to a certain extent, pay-to-play games are using free players as commodity. They either exist to shore up lower level zones and keep a population going (World of Warcraft), taunted with delights and loot keys (Guild Wars 2, Neverwinter), or in the case of the upcoming Warhammer 40k: Eternal Crusade they will act as a horde army.

Here is how it works, according to interviews so far. All of the races are pay-to-play, except Orks. The Ork Boyz, which is the horde army similar to the Imperial Guard, Necrons, or Tyranids where options exist to field tons of lower point cost units that are weak and only succeed through massive chance. In the various dice rolls, an Ork Boyz will have a 1 in 4 chance of defeating a Space Marine, giving the best scenario for the Orks, so imagine having 30 of them on the field. Of course, a Space Marine Terminator has a less than 1 in 10 chance of falling to an Ork Boyz, so you can see where their weaknesses are.

Well, free-to-play players will get to only play the Ork Boyz and will serve as the massive reaching horde army. They will be weak and incapable of doing much (other than fighting other Ork Boyz) without massing in numbers, but the general idea is that since free-to-play players have no investment in the game, it’s totally fine for them to be uncoordinated. They will just roam around and do whatever they want, much like the real Ork Boyz, while pay-to-play players can decimate them.

So the idea is that the game will be populated by a large swath of free-to-play players who will all be Ork Boyz. Since “free-to-play” players generally aren’t invested in a game nor do they listen to orders, it’d make a lot of sense if they’re like all Ork Boyz and running around being silly and stuff.

However, here’s the other part  free-to-play should be free-to-play, you should get to play and enjoy a game without restrictions or issues getting between you and fighting other players. It’s a very unsatisfying experience to be powerless and forced to pay money in order to have the same ability as another player.

On the other side, EVE Online, while it doesn’t have a free-to-play program (per se), it does invite in people who don’t want to invest time into the game into running tackling ships, which are powerless rust buckets that can tackle and lock down a bigger ship.

Hilarious story, in WH40k the meaner and tougher looking you are, usually the weaker you are. See a Grey Knight vs. Genestealers. Although, there are some massive units which do look very scary.

Yet, that’s an option, one that you can partake while advancing. In WH40k: Eternal Crusade there won’t be any advancement for free players, outside of being able to buy new animations for their characters. It’ll basically be like a free trial, but you’ll have pay-to-play players bashing your heads in en-masse.

Again, though, that is satisfying in a sense for those who pay. The whole idea of World of Warcraft twinking is to utilize advanced resources to get a huge advantage over players just starting and obtain tons of killing blows. So for gameplay, those who pay will enjoy the true Warhammer satisfaction of smashing enemies endlessly, but those who don’t will be nothing more than cannon fodder. Assuming that the entire game isn’t just F2P players, in which case it should just be called Ork Boyz vs. Ork Boyz, the Final Showdown.

Then again, those who are dominated by overpowered players / twinks have no fun at all.

Warhammer, the universe, isn’t fair. The depth of horror that the lore has is insane. Pretty much everything is waiting for the inevitable end, the Tyranids eating everything and Chaos reigning in the end, unless at some point Games-Workshop and the Black Library feel like introducing a solution to the problem of the failing emperor. As a quick aside, the Emperor is a pretty cool dude, after pretty much almost dying, gets put into a throne to guide humanity through the stars while people are sacrificed constantly to empower it. Oh and the throne is dying, in addition, the Eldar have already lost, the Orks are a non-issue and will basically reproduce infinitely, the Tyranids are on course to eat everyone. Oh and the Tau are a non-issue crazy group going around being the good guys and searing the flesh off of anyone who doesn’t ally immediately with them and join their empire. In the end, Chaos reigns and after they disappear, all that will be left is the Necrons.

Anyway, it’s an unfair universe. Considering the iteration on the tabletop gaming through the years, it’d be hilarious not to say that anything could go lore wise, but gameplay is what keeps people playing. Black Library offers a ton of lore centric stuff and races allying with other races and the grim darkness just flowing everywhere as pretty much everyone wins at the sacrifice of losing.

Then again  gameplay is king. Can you justify gameplay decisions that might be not very fun for some based on lore? Should free-to-play players be forced to be nothing more than a commodity in order to have a chance to even log into the game? The Orks can’t fight one another, unless open world PvP is going to be a thing, so the free-to-play players will require pay-to-play players to exist.

It’s an interesting economy and something to definitely think about. What are your feelings? Are you okay with someone using F2P players to enhance the gameplay of those who are paying and/or think it’s an awesome idea or do you think F2P should be on equal footing with those that pay (ala Guild Wars 2).