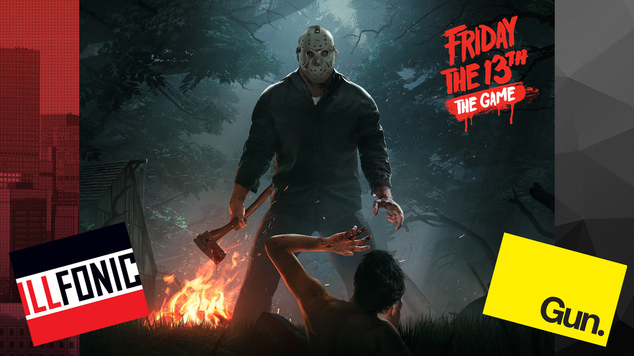 Friday the 13th - the Game
Alex talks about a recently debuted game project being built around (and by) the original film: Friday the 13th

Illfonic Studios has just recently announced a partnership with Gun Media and several creators of the original Friday the 13th cinematic film to create a multi-player game of the same name.

Gun Media has apparently been quietly working on a project previously titled "Slasher Volume One: Summer Camp" that was essentially a tribute to the original Friday the 13th flick to begin with. Somewhere along the line, the developers and designers at Gun Media were able to get connected with F13's filmmaker Sean Cunningham who was excited to help acquire the license and get these developers in touch with some of that film's key staff, including himself:

Here is a list of a few of the key film contributors that are playing their part to help make this game become a reality.

One of today’s most successful and versatile filmmakers, Sean S. Cunningham has created his personal brand in the Horror genre. In 1971 he produced the original Wes Craven cult classic The Last House on the Left. Cunningham went on to direct and produce the seminal horror film Friday the 13th, creating the iconic villain Jason Voorhees. This enormously successful franchise spawned twelve sequels with a thirteenth scheduled for next year.

Cunningham is in pre-production for the Friday the 13th TV Series and two independent web-series.

An actor and award-winning special makeup effects icon. Worked on movies such as Dawn of the Dead, Day of the Dead, Creepshow, Friday the 13th (parts I and IV), Maniac, The Burning, and The Texas Chainsaw Massacre 2.Tom will help mastermind the kills and brutality found in Friday the 13th: The Game, along with providing overall horror philosophy.

Kane Hodder - The Killer Himself (Actor/Stuntman)

From playing Jason Voorhees in four of the Friday the 13th films (7,8,9,10) to his latest role as Victor Crowley in the Hatchet series, Kane Hodder has been killing people on film for decades. Hodder, a professional stuntman, stunt coordinator and actor has appeared in over a hundred films and television shows in his thirty year career.

Film composer with 148 film credits. Was responsible for original Friday the 13th score and soundtrack, as well as eight other films in the series. Also composed the soundtrack for iconic films like Swamp Thing, House 1 & 2, The Hills Have Eyes 2, and countless others.

Together, the combined staff from Illfonic Studios and Gun Media will work closely with the film's original creators to make a game that authentically answers the call for a true survival-horror multiplayer experience.

Friday the 13th: the Game - is geared up to be a 1v7 survival experience where one player assumes the role of the killer: Jason - while the rest of the players take up unique roles/archetypes as camp councilors in a mad scramble to survive by helping, or sacrificing one another to escape to freedom.

I typically am not a fan of the way most games utilize Kickstarter to achieve their goals, but it's difficult to find many flaws in this particular campaign. They've quietly assembled everything they need to make this game a reality, with much of the work already complete. Head over to the game's official campaign page to find out more information on how it all came to happen and what you can expect from a game being titled in the name of one of film's iconic horror masterpieces.

You have until Friday the 13th to decide whether you will back the project, or put yourself on Jason's hitlist...

To read the latest guides, news, and features you can visit our Friday the 13th Game Game Page.