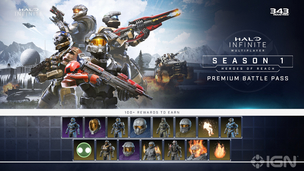 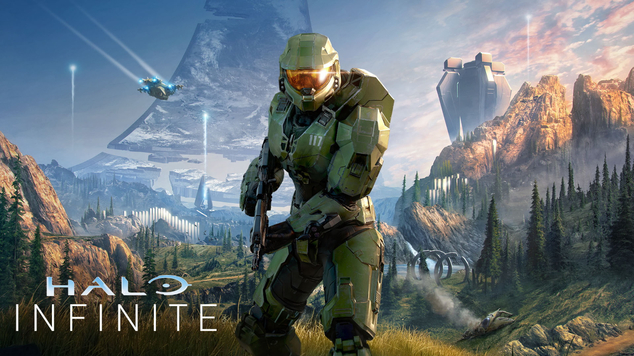 Halo Infinite multiplayer beta and Season 1 battle pass are here and what a great surprise it is!

Like many free-to-play games Halo Infinite multiplayer uses a Season Pass to cover the costs of development.  So what does that mean you ask? It means a slew of new cosmetic rewards that will allow you to customize your Spartans. The Halo Infinite battle pass contains smaller touches like shoulder pads and holsters, but also broad stroke cosmetics like armor kits and vehicle colors.

Here is everything you need to know about the Halo Infinite Season 1 battle pass.

How much is the Halo Infinite battle pass?

Like other games in this segment the Halo Infinite battle pass can be accessed in multiple ways. If you want to play purely for free without spending a cent there's a free version that will grant you over 60 rewards in the game's 100-tier battle pass.  That said, many tiers offer multiple rewards so you will only unlock about a third of the game's full run of goodies.

If you prefer to purchase the Halo Infinite premium battle pass, you can access it instantly for 1,000 credits ($10), which will allow you to unlock every reward along the way. You also have the option to buy the premium battle pass with additional consumable XP boosts for 2,800 credits or about $25 with the in-game bundle pricing.

So, if you decide to spend them all right away, you will immediately be at battle pass tier 25, but you don't have to do that.  You can save them in your inventory for later use, and even use them to skip levels in a different battle pass.  You spend each skip individually, so you could have them for many seasons to come.

The Halo Infinite battle pass has a lot of new terms, so let's go over those first.

The Season 1 battle pass theme is "Heroes of Reach," which just means that rewards are predominantly Halo: Reach-related cosmetic rewards. Nostalgic players are likely to want to climb high up the battle pass tiers, as heroes such as Carter (tier 20), Jorge (tier 80), and Emile (tier 95) can be unlocked by dedicated players and sported in future multiplayer matches thanks to the game's Kit category, which essentially acts as the shell armor for a Spartan.