Preview
The Evil Within 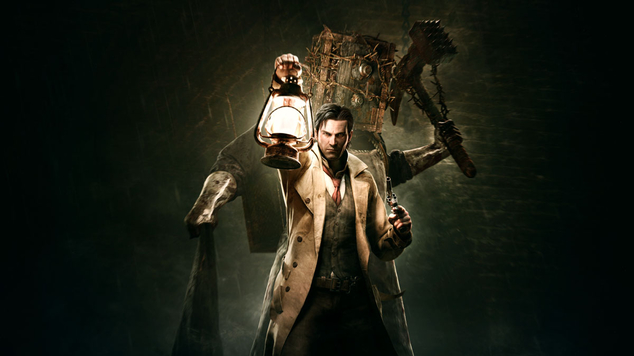 The Evil Within is a third person survival horror game created and developed by Bethesda's subsidiary Tango Studios. Normally, these games are becoming more and more dime a dozen, with one releasing monthly almost, brought back to the forefront with games like Amensia: The Dark Decent spooking fans. However, one thing that TEW has going for it is Shinji Mikami, the essential near founder of the genre. He created Resident Evil which popularized the genre and made fans crave more.

TEW is, ultimately and purely, a survival horror game with extra emphasis on survival and horror. A lot of modern survival horror games are very distant from games of old, where you either have nearly infinite ammo and are a badass roaming through halls killing everything in sight (Dead Space) or are more on rails horror where you move through a map room to room solving puzzles and trying to hide from enemies (Amensia). In games like RE and Silent Hill and the such the horror is much less about the jump scares and more about the feeling of absolute helplessness and dread, handed out ad nausem by the atmosphere of the game. Exploration was big and everywhere you went you were faced with more challenges. You would have ammo and weapons, but utilizing them was often a mistake, barricading doors or using traps in the world let you conserve the ammo for when you needed it for situations where you couldn't advance. Almost as if ammo was more of a puzzle and less of tool. Scavaging and exploration are required to advance, although looking around is littered with risks. 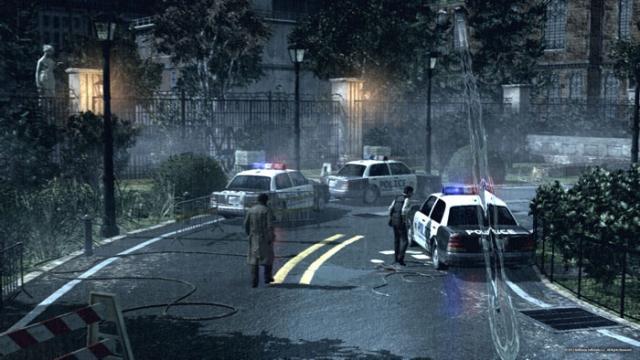 That's a great segue into talking about the mechanics and combat in TEW. First, you have a weapon, but it can't actually kill the monsters. You have to set them on fire to give them their final rest. When I was playing the game, with my heart racing and sweat soaking into my brow, it was terrifying to understand that yes I just shot and killed this thing, but it's still wanting me dead. It's laying there, going crazy waiting to get back up and kill me. It wanted me dead and death wasn't going to stop it. It was scary in so many ways that I'm not even specifically sure how to describe it. Imagine if you found a spider on your leg and you hit it immediatly with a newspaper, only pulling the newspaper up to see the spider brandishing a knife on each leg.

One of the difficult things about a really scary game is trying to describe just what was going on when your heart was racing the entire time and you wanted to run away from the game. I admit, I'm not a super hardcore fan of scary games. I play Dead Space but I'm not spending every evening playing them. I have somewhat of a constitution and this game took it and smashed it into the ground. I started by following this doctor, walking into some kind of house. I don't know why that house was there, and I can tell you that I didn't want to enter it. Entering it, I went upstairs and into a room, the entire time voices were whispering into my ear and horrific sounds like breathing and things I just don't know how to describe were not helping one bit. This isn't a game about being scared because you're alone, oh no there were friendly NPCs littered throughout my playthrough, this is just a game about scaring the (&*$ out of you. This a world where the atmosphere itself, just sitting in the game, is enough to make you want to throw the headphones off and run, unless of course you enjoy fear, then by all means you better get excited because my hands on time proved enough to me to say that this is the real deal.

Continuing on, I went downstairs and found the guy that was talking. He looked friendly enough, after a short cutscene, that changed as he rushed at me and did a fourth of my health in one Pyramid Head like attack. Following that, much like a little girl, I ran out of the house because he was a bit too much, although apparantly you could headshot him four times and he would have died, prompting you to reach into the patient on the table for a key. Of course, being the wimp that I am, I ran out of the house screaming. Only of course to meet a few new horrors. For instance, some creatures were throwing a woman onto a bonfire because that's just what they do in this game, and in an attempt to save her I was killed because I didn't have enough ammo or enough anything to deal with them. This is a scenario that I'm sure if I wasn't scared out of my mind, I could figure out either some way to utilize the world against them or, alternatively, perhaps it's a thing where to survive you just have to let things like that happen. 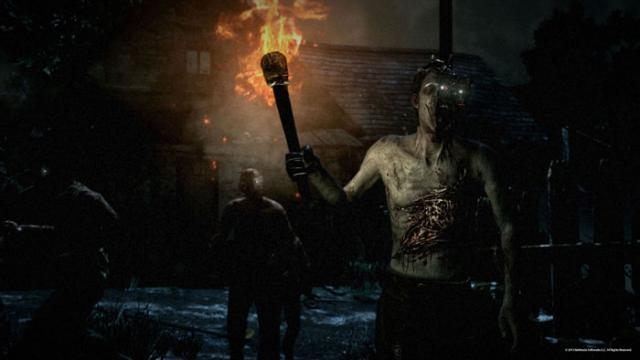 The final area I checked out before my weak heart gave out and I ran out of the booth screaming in fear (I'm literally almost not joking, after this section I took the headphones off, grabbed my stuff, and walked very fast out of the demo area). There was a young boy who was screaming, following him into the house on the advice of the doctor (who at this point I clearly figured was insane). Reaching the boy inside the house (which is full of more corners than Slenders bathroom area) resulted in some nice jump scare action followed by me going "nope" putting the headset down and walking briskly away from the game. By briskly, I mean, almost at a jog.

I don't know if I've mentioned this yet, but the film grain effect is done on purpose to give it a little bit more umph with the horror element and it works. The game feels very gritty, very dirty, very unclean. Outlast is sort of like this, in a lot of ways, but this is more or less again more Resident Evil. The monsters are also very RE like. For instance, in Outlast or Amensia when a monster sees you, you're now in a chase sequence. For Amensia this is organic. The monsters patrol a specific area, they see you, and you have to use the castle to get away. For Outlast there is generally sort of an on rails path to follow to get away from them, which usually leads to your next area.

In The Evil Within it follows the RE formula that isn't quite a modern zombie game like where there are zombies and you just hack away at them, like Zombi or DayZ. Nah, they are hearty. In RE you had to shoot about eh seven or so times with the handgun to get a zombie dead and it usually involved them falling down and getting up a few times. You could lure them into specific areas like between a statue and knife them, but the knife is insanely ineffective. In TEW it is exactly the same. Melee does almost nothing. I took one of the enemies and circled around it punching it for almost 3 minutes before it hit the ground, losing the vast majority of my health. It's important to highlight this because it's going to be a major shock for a lot of gamers to be given tools to fight and find that they're realistic to the point they're ineffective, and that's where horror comes from.

Now, my glowing praise for these mechanics is only from the little bit I got to explore that involved me yelping with fright at every turn and standing very far away from the screen. The game is still pre-production. Some other highlights is green gel is used for upgrades and there are multipe difficulty levels that determine how hard the puzzles are to solve. Even on the lowest difficulty, the game was sufficently scary for me. There is also shifting locations, where you'll turn a corner and land in an entirely different area and NPC locations can be randomized to keep suspense on high.

If you're a horror game fan or if you ever enjoyed the original Resident Evils before they became shooters instead of horror games, then I'd keep a watch on this.

To read the latest guides, news, and features you can visit our The Evil Within Game Page.