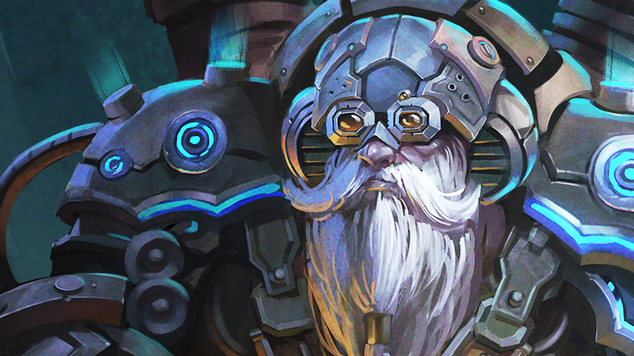 We got a chance to talk to Cory Jones, President and CCO of Cryptozoic Entertainment about the crowdfunded game, HEX. We did find out some really cool details about the game, the coolest being a special card from the second set coming soon and a really good overview of the core ideas behind the game. HEX is a MMO / TCG hybrid that brings about hardcore TCG mechanics and marries it with MMO mechanics like auction houses, dungeons, raids, and more. With a very strong community that believes strongly in the idea, HEX has had one of the most successful video game crowdfunding campaigns, and most of that is attributed to how passionate Cory and his team is about making HEX an industry leader when it comes to online TCGs.

A lot of people don't know much about HEX, beyond the massive kickstarter that ran and a passionate community that really believes in the idea. The best way to describe HEX is that it's a TCG built from the ground up for online play, essentially redefining what the online TCG experience is. Not held down by the need to publish a physical copy of the game, HEX utilizes it's online power to truly make a compelling and strong experience that can be enjoyed by fans of online games and tradditional TCGs. 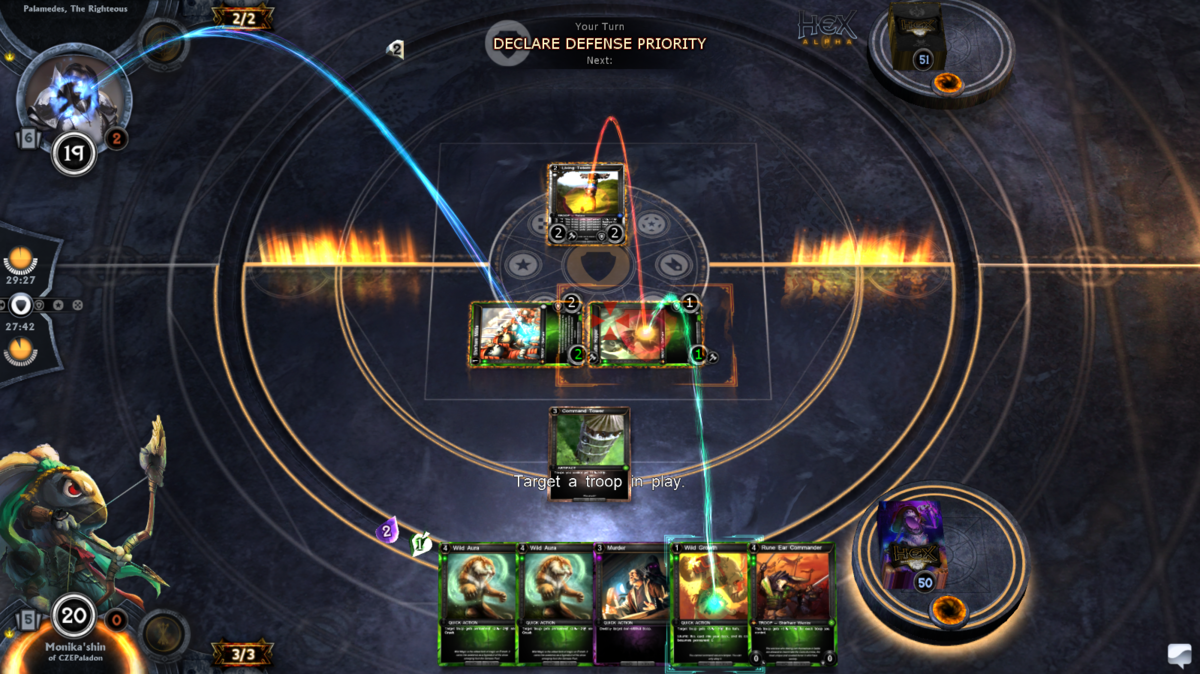 There is a lot going on in HEX that makes online game fans warm and fuzzy on the inside. First, the entire PvE portion is going to be free-to-play. Literally, no cost, at all, just download and play. Cards will come through the story and the entire aspect of it is going to have a ton of MMO hooks like raiding and cooperative battles. One of the key points of HEX is that it treats its players well and never makes an attempt to exploit them for money. If you just want to do PvE and you don't want to buy card unlocks, then you don't have to. Oh, and for competitive players, it's important to note that PvE and PvP cards are different from each other - meaning the game's competitive portions are not sullied by PvE balancing issues.

It's very interesting just how much depth the game has, but it lures you in slowly, teaching you the mechanics as you go, which are simple enough - but where the complexity comes in is the strategy and deck building. I'm not going to go over exactly how to play the game, but needless to say it's got a lot of things happening in it and all of it will be instantly familiar with TCG fans.

The moneitzation of the game is one of the interesting aspects, along with the pure passion that goes into the logic behind it. Tournaments are monetized, just like they are in real life, but you can't "pay to win" in HEX. You can purchase cards, trade cards, buy packs, and get tons of bonus loot thrown your way but you can't just hand over a set amount of money and just specifically win. It's all balanced with similar real world rules, which of course, I mean is sort of "pay to win" in the same way Hearthstone is, but not in the way that "give us money and you have some kind of hyper relevant advantage over others."

The MMO hooks into HEX are really good - auction houses, dungeons, raids, and more are available and that's just… awesome. Anyway. If you're looking for a super fun super awesome TCG, put HEX on your radar list. 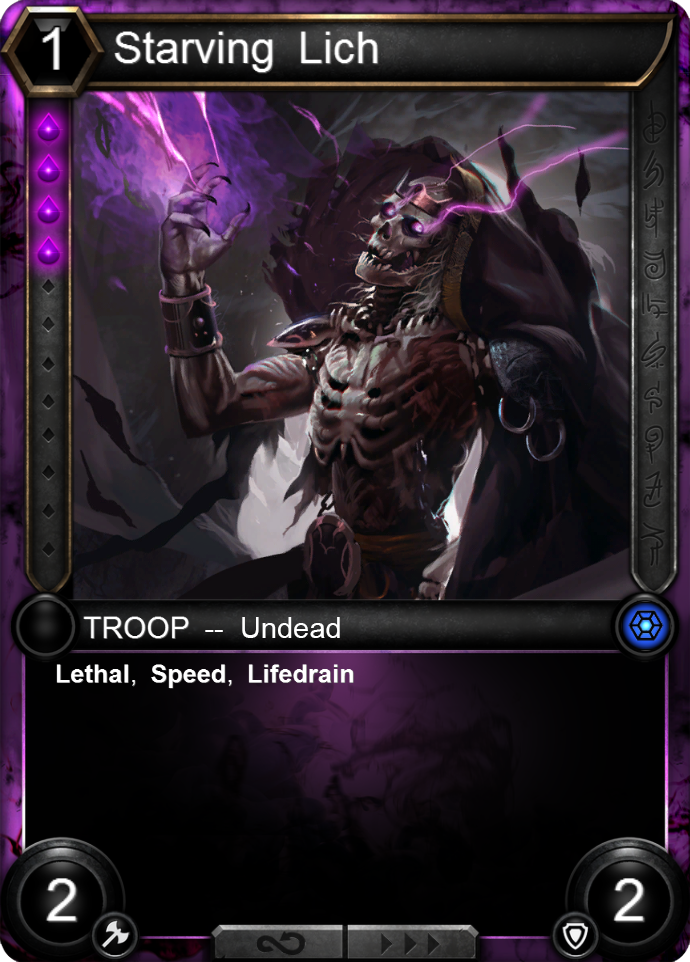 The Starving Lich is a card in the upcoming second set in Hex, the online trading card game. The card we have to showcase today is the Starving Lich and boy is he tired, his flew in all the way from Seattle. Funny jokes aside, this is a really exciting card and we're going to take a quick look at it.

This rare troop card has a cost of 1, meaning that you only have to spend one available resource to bring him on the board. It has a threshold of four blood, so you'll need to reach four blood in order to play it. It has two attack, two defense, and Lethal, Speed, and Lifedrain.

This card looks exciting and you can look forward to Shattered Destiny sometime in August of this year, or thereabouts. Be sure to look into HEX and it's continuing development if you're a fan of TCGs - it's one of the more innovative ideas to come from the land of Kickstarted MMOs.