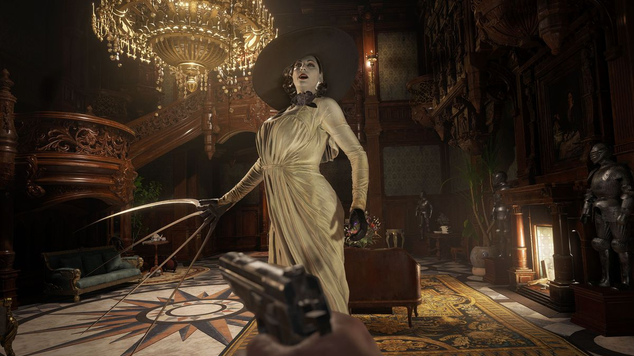 Horror Franchises That Defined the Survival Horror Subgenre
Horror is a genre that many games belong to. Today this includes all kinds of games, mobile games included.

The Amnesia Franchise can be considered a newer franchise since it began back in 2010. But it made an impact on survival horror games. The puzzle-solving aspect was nothing new, but leaving players without a weapon is pretty interesting. This is the trademark of the franchise. Together with the fact that you can only run away from the creature that chases you this makes the franchise one that defines the survival horror genre.

As mentioned before, horror is a genre that encompasses many games. This means you’ll find lots of titles that are part of the genre. There are several such titles in the iGaming industry. In addition, these are horror slot titles and casino enthusiasts can check out the top online slot sites to find such games. The main thing about these sites is to enjoy them responsibly.

This is another series of games that has heavily influenced the subgenre. Yes, you’ll get weapons but you’ll also get to go through some interesting levels. Silent Hill is the town that shares the name of the franchise and serves as the setting for it. You’ll also get a foggy atmosphere filled with all kinds of creatures looking to take you out while you’re looking for a solution to the next puzzle. The thing that makes this franchise scary is the fact that it knows how to get under your skin and you can notice that from the first title in the series. If you haven’t played this franchise that just won’t die, then you should give it a try.

The first Resident Evil game is one of the first survival horror games so you can see how it impacted the genre. You star in a creepy mansion with either Jill or Chris, members of the STARS team and your job is to find out what happened to Bravo Team. You’ll soon find out that you’re dealing with zombies that are a result of the outbreak of a virus which is a bioweapon developed by an ultra-powerful corporation.

Once you deal with the outbreak there, the story shifts to Raccoon City for a second outbreak. This time you get the role of either Leon or Claire. Throughout the franchise, you take the role of various agents and try to stop the outbreaks of the virus. You’ll get to craft various items and solve various puzzles. Oh, and you’ll get scared by lots of zombies along the way. The Tyrant and Nemesis creatures will play their roles as well.