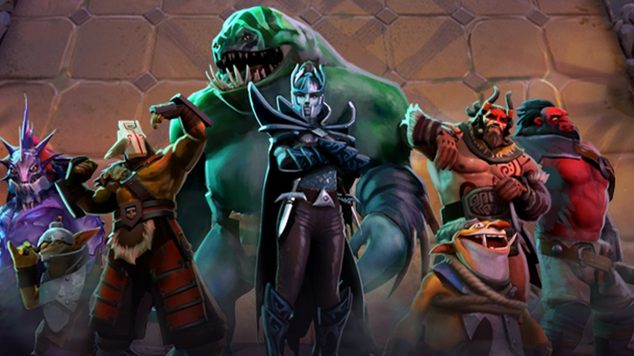 How Can Dota Underlords Players Improve Their Skills?
Dota Underlords has only been available to play for a few months, but it has already been a revelation.

Dota Underlords has only been available to play for a few months, but it has already been a revelation. This Valve Corporation title was inspired by Dota Auto Chess and downloaded over 1.5 million times within days of its release. There has already been an open tournament with a $15,000 prize pool, and there is a chance that the game could be big on the eSports scene within the next few years. For this reason, players need to do all they can to improve their skillset and become masters of the game. Here's how to go about it.

Playing other games which require a similar way of thinking is one way to get better at Dota Underlords. An obvious game to play would be traditional chess, which was one of the games that inspired the online fantasy title. Chess requires deep strategic thinking and detailed planning of moves. Playing online provides various degrees of difficulty, allowing players to progress when they feel they have become sufficiently adept at a certain level.

Because there is some mathematical skill and probability involved in Dota Underlords, it could help to play some other games which are also based on odds. Card game offerings like blackjack and poker require thought and calculation from the player about how much they should bet based on probability, with Sky City Online Casino being an example of a platform that provides this type of gameplay. Developing these skills in such games that require the calculation of probabilities and outcomes and then transferring them to Dota Underlords could be beneficial.

Be Aware of the Meta

Dota Underlords and online games in the same vein are constantly updated in order to refine the player experience. Players should be aware of the balance changes made in each patch, as this will influence the meta moving forward until the next update. The Ace Tier heroes update in September threw a spanner in the works and introduced a new function in which certain heroes would be able to boost a particular alliance. This put Knights, Mages, and Trolls on top, leading them to be central components of top tier decks. Make sure you're aware of any recent developments, as they can change the game immensely.

Playing a lot of games and seeing what your opponents are running can give you a good idea of the meta, but it is much simpler to look for building tips online. There are numerous streamers playing the game on Twitch, and the videos are also available to watch on YouTube. Swimstrim is known to constantly update his page with useful advice on how to build, and the player has racked up over 180,000 viewer hours in September on his Twitch channel. Another well-known streamer is bebe872, the most-watched Dota Underlords player. Both of these players have been known to play other strategy titles before the release of the Valve game.

There are many simple ways to get better at playing Dota Underlords. The most important thing is to keep up to date with news about the game and patches, as this can change the meta completely. Playing other games can boost your overall skillset massively as well.