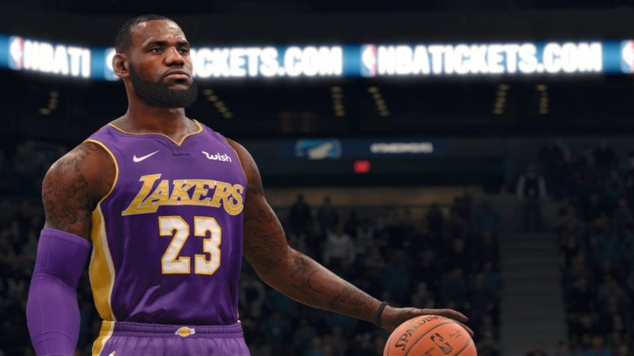 Is EA Done With the NBA Live Franchise?
Over the past couple of years the basketball game space has been heavily monopolized by NBA 2K, and there is a

Is EA Done With the NBA Live Franchise?

Over the past couple of years the basketball game space has been heavily monopolized by NBA 2K, and there is a good reason for that. First of all, their biggest competitors, NBA Live from EA decided to freeze the franchise back in 2019 which opened up a huge space for the 2K franchise.

So, what does this mean for the NBA Live franchise? Is it dead?

Well, not quite. EA is not ready to give up on their basketball franchise as the CEO of Electronic Arts reported that they are working on next-generation basketball games that will revive the franchise and further boost its sports video games.

“We have some next generation high definition basketball projects that we have been talking about, designing and working on.“ Said Daryl Hold - EA Sports CEO.

After EA decided to cancel NBA Live 2020 and they haven’t released a basketball game since then, fans started giving up on their NBA choices. But, there will be some twists in the reappearance of the new NBA Live.

Most people expect some drastic changes in the game that will make it even more interesting for players.

The most interesting idea that circles around the upcoming basketball EA project, is a free-to-play game. There is a lot of buzz around the rising free-to-play trend, where players will get a free game rather than paying $60 or $70, which will be a bold move, especially for EA that has a reputation of putting a price on everything.

This free-to-play move will definitely impact the NBA gaming space and might be their only chance of reviving their franchise. However, for now is just a rumor, like the NBA trade rumors: https://edge.twinspires.com/nba/trade-rumors/

Jeff Grubb who is a game designer hinted on one of his podcasts that NBA Live might go free-to-play, but they came to a barrier from the National Basketball Association.

“I've heard that EA wants to make it free to play, but it encountered some pushback from the NBA,” he tells Inverse. “We'll see if EA can actually pull it off.”

While EA still isn’t ready to confirm when or what the next NBA Live title will be, it reaffirms its partnership with the NBA which is a clear fact that the company still wants a piece of the basketball gaming market.

Another interesting fact is that EA is working hard on improving their offerings in every sport game. The company recently completed a deal to acquire racing sim developer Codemasters, announcing GRID Legends during their EA Play conference.

EA is also exploring new business models, and new geographies that will boost their audience from 230 million to more than 500 million players in the next five years.

Madden NFL and FIFA will still be the leading games in the EA games palette and it seems like NBA Live will be the game with biggest potential in terms of acquiring more player base since that’s the only place they are not dominant.

With that said, there is also a lot of buzz around the mobile-game NBA game which might be possible, but not now. Experts predict that we will see a new NBA game for console and PC first that is based on new revolutionary technology and major change in the way it is played (free-to-play).

So, until now, we still don’t have rock solid proof that EA will come up with something amazing that will revive their dying NBA Live franchise, but we are sure that the company is not ready to give up on the project.

It seems like launching a new NBA Live game goes perfectly with their plans of boosting their player base since the game will get a piece of the massive 2K fan base.