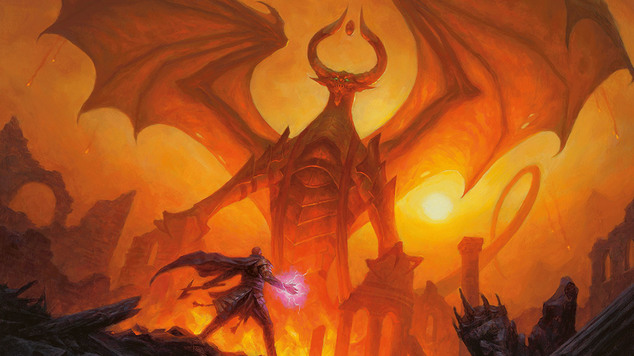 Magic The Gathering Arena - Fix My Deck EP:1
Grabbing a NetDeck is a great way for players new to Magic to enjoy the game, but understanding what to swap ou

For many players, grabbing a netdeck (a pre-built deck list from the Internet) is the entry point to Magic The Gathering Arena. If you are like me, you get hyped up watching the pros play these decks, but when those same cards are in your hands the results are very different.

In this series of articles, "Fix My Deck", we're going to take some interesting net decks and ask the community to make them better.

This decklist was taken from Jeff Hoogland's website. Jeff plays Magic the Gathering for Tempo Storm and you can watch his Twitch.tv stream here.

Jeff has posted a Grixis Dragons deck.  It's meant to be played in BO3, but given that the majority of games on MTGA are BO1, I played it in that format. To give it at least a semblance of a chance I played 50 games with the deck. My overall win % with all decks over the last 30 days has been 58%. I'm a Mythic ranked player (not that it means much).

Grixis Dragons looked like an incredibly fun deck to play. As a newbie it has a lot of sizzle that on the surface looks appealing.   Unfortunately, for me at least, there was plenty of sizzle, but no steak. This deck after 50 games in my neophyte hands returned a winning percentage of just under 25%.  I couldn't deal with Red Deck Wins (RDW) or White Weenie (WW) decks and control decks had enough time to deal with my large, later game threats. Golgari Midrange decks were fun to play against, but again, they just outpaced me eventually.

Here is Jeff's decklist. I played it without touching the sideboard as I was playing BO1 exclusively. I don't see a world in which this is a T1 deck in BO1, but it must be better than a 25% winning deck.

What would you change and why?

There you have it! Please Fix My Deck. Along the way maybe we can all learn something.