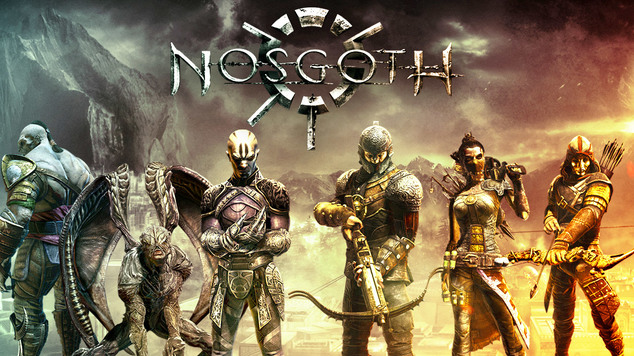 Nosgoth's Human Vanguard Shield Bearer Preview / Overview
We had a quick early peak at the Vanguard class in Nosgoth, a Human vs. Vampire third-person shooter, and provi

Nosgoth is a captivating and engaging third-person shooter / action brawler that pits Humans vs. Vampires against each other within the world of "Legacy of Kain." In Nosgoth, the two sides battle each other in a series of maps and modes with each side having specific traits. Humans primarily use ranged weapons and can sprint, while Vampires are primarily melee, cannot sprint, but can climb on walls and terrain. It creates an enthralling dynamic of the hunted vs. the hunted as both sides utilize their unique abilities to overcome various challenges and claim victory.

The latest class to join the battle is the Human Vanguard, a shield bearing tank like class designed to support allies and soak up some of the damage. They are very analogous to the Tyrant, the Vampire tank-like character, and share somewhat of a similar playstyle. With their Kama and shield, along with the ability to heal, the Vanguard can act as the strong foundation to Human teams and bring a bit beefier Human class to the mix. It's high anticipated by the community as well, who are very excited to see this warrior with a rough past in action.

Battalions of tough warriors founded by a mixture of convicts and overseers who together survived the Vampire assault on the Isle of the Dead. The Drowning Men now attract the lost and the damaged and the wicked from throughout the war-ravaged Human settlements of Nosgoth. Criminals, deserters, pirates, battle-scarred veterans, blood-soaked priests and haunted medics stand together as a bulwark against the Vampire hordes.

One of my main complaints (that is echo'd throughout the community) is that Humans don't have much in the way of defense / support, compared to the vampires (which is intentional to a degree). The Tyrant can initiate a fight and then, around half health, pop ignore pain and allow the rest of his team to move in and pick the Humans off. The Humans instead have to attempt to get on high ground and use the terrain to kill as many vampires as possible before they get into melee range (which is often the end of the line for a Human, but they do have a few tricks to push the vampires back). 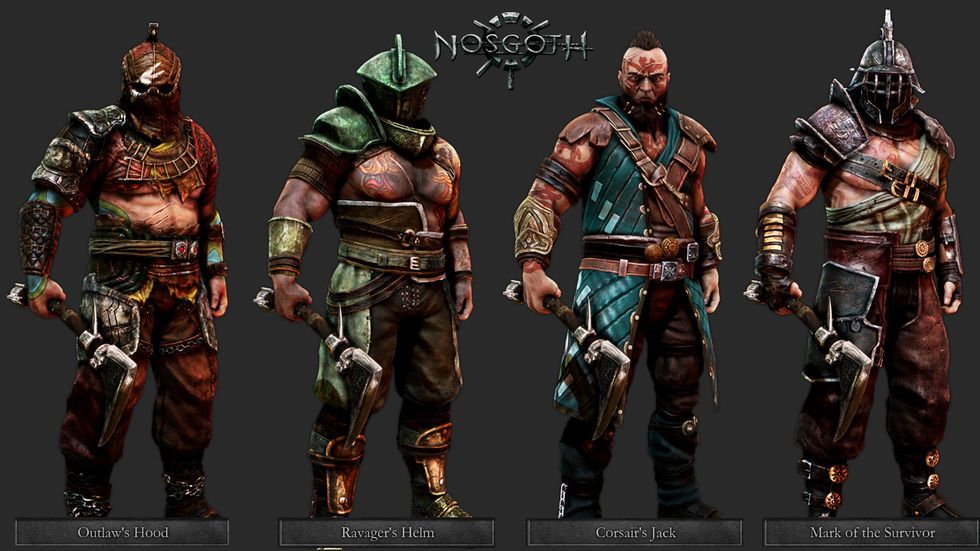 With the Vanguard, there is now someone to help support the team, provide damage absorption, and even be able to initiate the fight. The Vanguard's abilities are all honed more towards support than anything else. He'll be able to step in and block incoming attacks, knock enemies back, and heal his teammates, all while dishing the pain with his Kama (at 200 damage a hit, it's good support damage).

The Vanguard comes with a few default skills. First is a breakable shield that reduces damage affixed by default to your right mouse button. It's super useful to block damage that you know is coming your way and a great way to block incoming fire to your enemies. The super fun dynamic here is that vampires are melee based, meaning that you're not blocking ranged shots (mostly) but trying to stop the fierce claws and fists of the vampires.

Shield bash is neat, because it's melee range and adds some interesting play when a vampire does run against the shield, they could see a powerful attack loaded with a stagger right in their face. It doesn't require the shield to be active either, just to be close to a Vanguard. The final default skill is Rousing Cry, which is an inspire / heal combination that makes them not only a strong support, but able to take a beating and recover from it.

In the client version I played, completing the tutorial unlocks Shield Charge for seven days, a variation of the Tyrants charge ability, but you rush forward and knock down anyone who is in your way, which is perfect for those situations where the vampires are congregating together and charging through a choke point.

His default weapon, the Kama, does 230 damage on 1.2 second fire rate. You can throw 7 before you have to reload, limiting the total attack uptime, but it's a strong attack that can be fired to run down enemies or as they're rushing toward you. 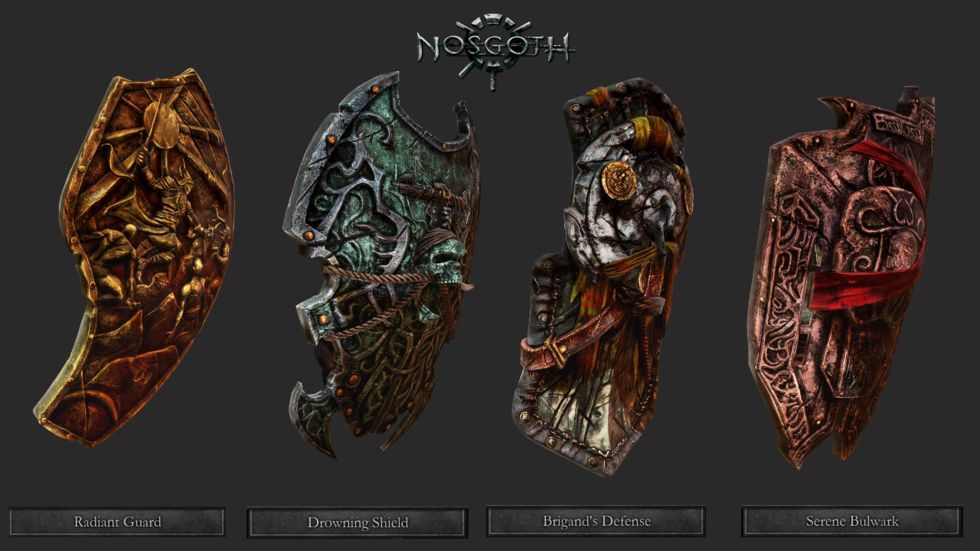 I would say that players of Nosgoth are going to have a really fun and exciting time as the Vanguard is introduced and then filters into play. It's going to be, in my opinion, a bit of a rough going for players to adjust to the Humans having a tankier character, but there is a lot of counters such as attacking from behind or just lifting them up and flying them away.

The Vanguard will go live in an update soon and includes a series of new skins that will go live alongside it. Nosgoth is free-to-play and available in the Steam store.

To read the latest guides, news, and features you can visit our Nosgoth Game Page.