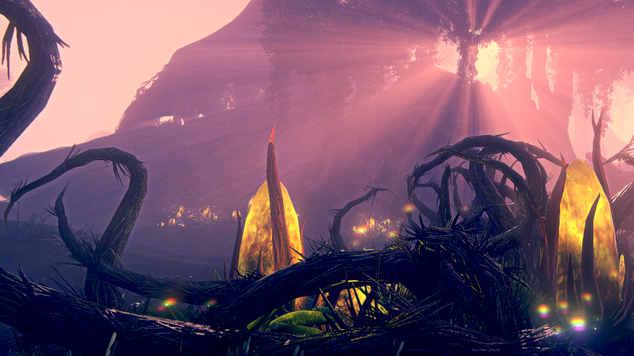 The latest content up to Planetside 2 is the most hossium update to come so far. An entire new continent, Hossin, is added to the game and along with it are advanced outfit features. Hossin is a new continent that brings with it an all new biome - swamp. In addition, continent locking is now in the game. Up to two continents can be locked at a time after one empire has completely conquered it. This helps when one side is dominating by funneling everyone into fewer maps.

Hossin is the latest continent to enter into PS2. It's essentially a giant swamp area and one of the interesting things about it is that it's not entirely finished yet. In order to give players new content quicker, SOE has introduced the map before it has been finished - refining it as they go along. So while the entire map is pretty much almost done, some of the finer things like unique bases and other areas aren't quite finished yet.

Some features is a thicker tree canopy and the fact it's a swamp, which in of itself is pretty neat. Anyway, look forward to more features coming to Hossin as the update continues to flesh itself out.'

With over 80 bases, it's a really hefty update, that can only get better with each future update to the game. 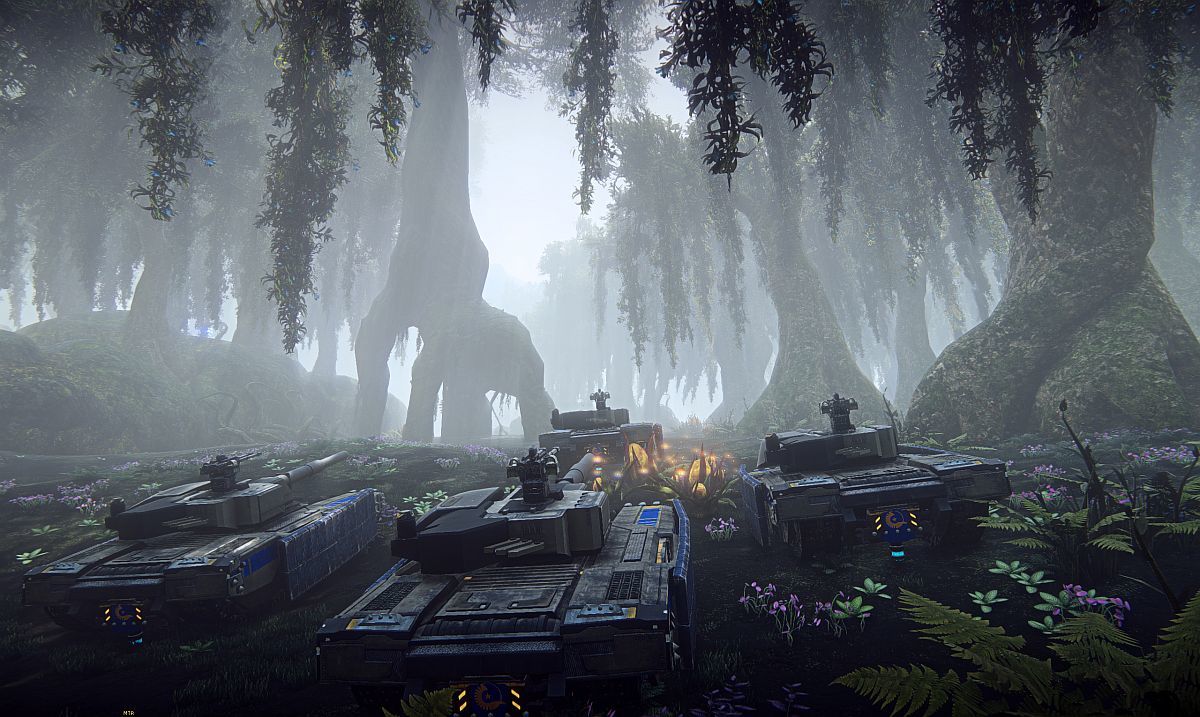 Outfits can now capture basses and have their decal attached to it. Don't have a decal, well now you can create one. Outfits also have new recruitment tools in the form of the new recruiting system. All of these features have been implemented into the game to help players understand outfits better and help connect players with like-minded groups to help fight the good fight.

Continent locking is a new feature that is to help push players into fewer maps and help with continent dominance. This is how it works, if you own at least 94% of the territory and win an alert, the continent is then locked. Everyone can then redeploy elsewhere. The oldest locked continent then automatically unlocks (a maximum of two continents can be locked at a time). The empire that took the continent receives a huge bonus from conquering.

When a continent is unlocked, the map resets to default, the warpgates rotate, and it's reopened for play.

Some interesting things to look forward to in the future are:

Terran Republic Soldier Character Model Revealed for Planetside Next
<p>Planetside Universe has gotten their hands on another image from <em><a href="http://www.tentonhammer.com/t