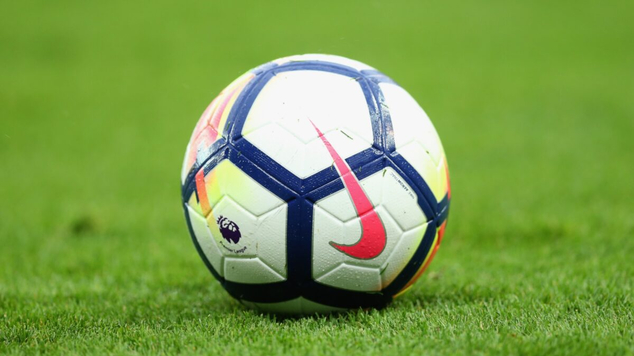 Premier League 2021-22
The English Premier League season of 2021-22 has started on a high note. The competition at the top of the tabl

The English Premier League season of 2021-22 has started on a high note. The competition at the top of the table is so tight that the bettors are having a hard time deciding on which team to put their money on. But amidst all this, one thing is for sure, the thrill and excitement of the league is definitely going to raise the stakes as the season nears its end. All eyes are on Liverpool, Manchester City and Chelsea at the top of the table, with Manchester United and Tottenham also in contention. But in the Premier League, the bottom rungs of the ranking ladder also evoke an interest. This becomes evident when you visit www.boylesports.com, where you can make all sorts of bets in the Premier League and other sports.

The excitement of the Premier League builds around the “Big 6”. But teams like Leicester City, Everton, West Ham and Wolves provide added impetus to the league. But to keep the matter brief, we will focus on the ‘Big 6’ teams and the prospect they might have this year. Also, the stats provided here will be based on the Premier League table as it was on 22nd October 2021.

Any fan of Arsenal Football Club will not deny the dire straits of the club right now. While the situation has not been ideal for many years, things have gone down to that level where one might feel shy to include the Gunners in the ‘Big 6’. Financial difficulties is surely a thing for consideration, but when one sees clubs with relatively lower budgets outperforming Arsenal, more needs to be done. The leadership of Mikel Arteta has not turned out for the best, and getting a winning run that the Invincibles were known for seems a distant dream. They are not looking strong enough for the top 4, but the top 6 is undoubtedly a position they could still fight for.

Tottenham Hotspurs has managed to achieve two feats in this season. The first one is to retain Harry Kane, who seemed to be joining Manchester City before the start of the season. The second feat is defeating Manchester City. For the rest, Tottenham is following its typical run for the contention of the top 4. With names like Mauricio Pochettino, Jose Mourinho and now Nuno Espirito Santo as the manager, the club has made better signings in the managerial department rather than in the squad depth. If Tottenham is to claim the title, they have to make themselves busier in the transfer market.

The faith the management team of Manchester United has put on Ole Gunnar Solskjær is highly commendable. But one has to admit the downfall Manchester United has witnessed after Sir Alex Ferguson’s retirement. Although the red devils finished 2nd the last year, they were never in contention to win the league throughout the season. Recently, the club made headlines by signing or resigning the legendary forward Cristiano Ronaldo but how far Ronaldo can steer the United ship on his shoulder remains to be seen.

Jurgen Klopp’s men went offbeat in the last season but made a quick recovery by the end. In this season, they seem quite promising to give a tough fight for the title race. The return of Virgil Van Djik has solved the defending woes the club was having in the last season. Also, Mohammad Salah has rejuvenated himself as a world-class player he was in his first season at Anfield. It won’t be a surprise if Liverpool ends up claiming the silverware once again.

Tomas Tuchel has brought new life to Chelsea. With Manchester City and Liverpool giving stellar performances, Chelsea standing top at the leaderboards table is worth appreciating. But nothing less can be expected from Chelsea, a club that spent over 200 million pounds on players last year and has one of the best coaches in the world. The way they are going, the league title is theirs to lose.

Arguably, the biggest of the “Big 6”. One cannot talk about the EPL title run without considering Manchester City. The club has been so consistent down the years that it is hard to imagine seeing them not making it to the top 4. But with a star-studded team and Pep Guardiola at the command, Manchester City is once again in chase of the Premier League title.

The eyes of most of the bettors are fixated on one of these teams and how they are going to fare this season. But given the unpredictable nature of the Premier League, there might be surprises in the store.