EQ2 Updated Armor Guide!
You can't just run into battle in khaki's or a mini-skirt. A set of good armor is pivotal to your success, and
Feature
EverQuest II

Life on the Sea!
Yarrr! Any of ye sea dog be wonderin' where yer oceans be coming from, them swabs at SOE be givin' ye the lear
Editorial
EverQuest II 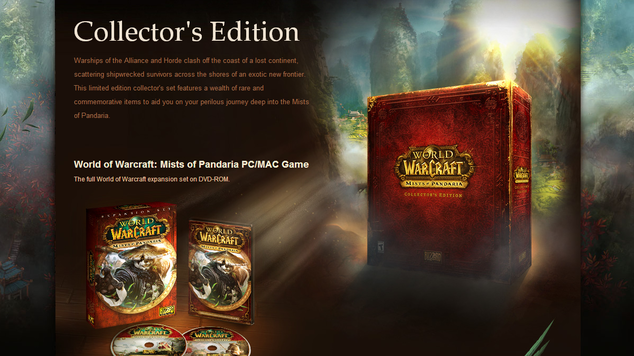 Retail Boxes and the MMO Industry

I love to shop, it's one of the more fun things in life that I enjoy. Maybe I'm boring, maybe I'm compensating for something, or maybe shopping and the acquisition of stuff is just one of life's little pleasant joys. When I do go out shopping, I usually always get something for my money. A new skillet, a shirt, a pair of pants, some new kitchen gadget, a hat, something. There is some physical representation for my hard earned dollars.

Yet, when it comes to games, more and more we do not get that physical accompaniment. There is no box, there is no booklet, there isn't anything you can put into your hand. What there is is a serial key and the ability to install and play the game. Which is great! I'm glad game developers don't take people's money and not hand them anything, although this is possible (i.e. crowdfunding vaporware). At the same time, there is a certain emotion that society ingrains into us. This emotion where we hand over cash or swipe our cards and we get something in our hands. Something we can manipulate and toy with. Something that you can put into your car and bring into the house.

It just so happens that in a recent study by NPD Group (a market information and advisory services company), 4 out of 5 gamers prefer having a physical box copy. That should surprise the industry, an industry that keeps working on cutting out the production of physical copies of games as a cost cutting mechanism.

You can download your games to your console, your PC, your Ouya, or even your phone. More and more you're incentivized to do this, for a myriad of reasons:

I see a three fold attack to deal with the issue. The first thing I suggest is that GameStop and similar retailers actually take the advice of printing games. Imagine, if you will, that you want to buy Wildstar, but you don't want to go through that huge download. You could visit Gamestop, purchase it, they could print it out, including a printed box while you wait, and hand you the copy of the game.

This would, in turn, give you a physical item to covet and turn GameStop into a very attractive marketplace for physical PC games. Because there are so many and their relevance only lasts so long, it would be very easy for this process to work. It would also help destroy the used games market, making publishers and developers of console games very happy. Why should everyone trade games when you could buy direct from the GameStop kiosk for used prices, giving the developer a cut and providing GameStop with a much larger library without having to have the inventory.

The second is that anyone who buys a digital copy of the game should get the option to get some kind of universal token. Something, of physical value, to represent their purchase. This item should be at the real, actual, physical box price and doesn't have to be more valuable than the box. It could be a card (easy and cheap to mail), a keychain, or some token of ownership. As the price drops, so does the bonus, which would make price drops a lot easier for developers.

The third is to just come to an acknowledgment that current collector's editions mostly just… suck. They're full of novelty and no collector. I can't think of an MMO collector edition I wanted lately and most of the goodies are digital now. We need something substantial. Nice cloth maps, solid keychains, cool temporary tattoos. A mix of random useful stuff to show off your dedication and prove that you're the ultimate fanboy. 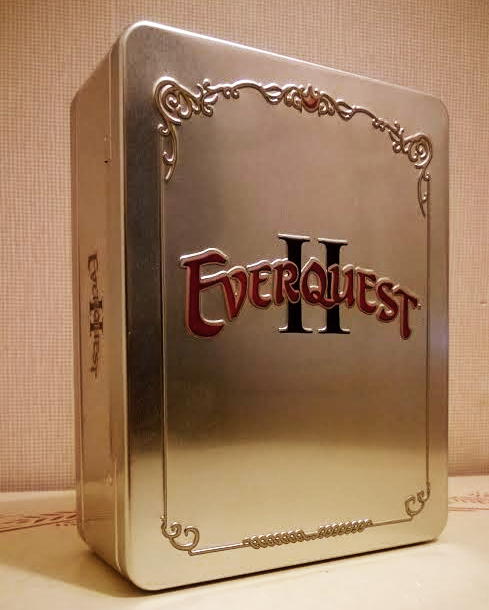 Here's a great example. Everquest II''s collector edition. You received a coin bag, a collector's coin, a box with velvet lining, a cloth map, a very nice manual, two posters, an art book, soundtrack, game dvds, bonus CD (all in a nice book like case), and tons of in-game items. It retailed for $89.99. Compare if you will to TERA's collector's edition. For $79.99 you receive a sturdy cardboard box, a compass, a plain poster map of tera, a soundtrack CD, a regular art book, and a "letter of marquis" which is more or less just a regular piece of paper, and a mount in the game. EQ2 winds hands down in most collector's box scenarios, no offense to TERA, but it's also proof of how to do it right and ANY EQ2 fan will tell you that it was well worth the money.

That's my two cents on the subject. Do you like physical retail boxes or is increasing the bloat in your Steam account all that you need in this world. Let us know in the comments section below.

EQ2 Updated Armor Guide!
You can't just run into battle in khaki's or a mini-skirt. A set of good armor is pivotal to your success, and