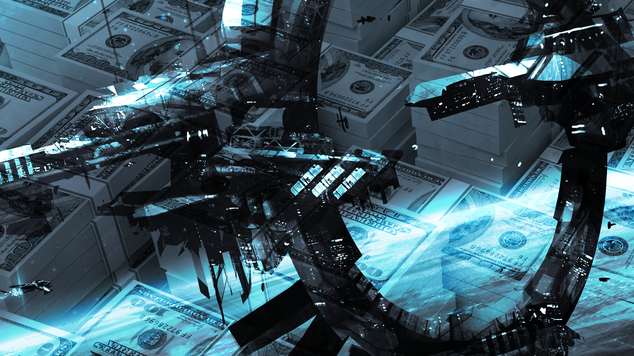 Stop Funding Star Citizen
Star Citizen has already raised over $60,000,000 and yet people continue to throw money at a game that has show

There’s a certain saying I feel applies all too well to Star Citizen: “A fool and his money are easily parted.” While I’m a huge supporting of KickStarter and no fan of publishers, I think the situation the game currently finds itself in is both ludicrous and scandalous. I must stress first and foremost that my love of KickStarter is without limit and I’m incredibly grateful that it has reared its head above the parapet. Publishers have pulled the plug on far too many games I was looking forward to and because they hold the purse strings, they’ve had far too much sway over the industry for too long. For this very reason we see sequel after sequel and original ideas being left on the cutting room floor because a man in a suit thinks there’s no audience for it. Those days, thanks to Kickstarter, are partially behind us. While publishers still hold sway over the vast majority of games being developed their grip has loosened thanks to crowdfunding.

Since Kickstarter came to light I have only backed one game. It cost me $100 and I obtained little more than a boxed copy of the game when it eventually launches. I chose to fund the game (which shall remain nameless) because its pitch was fair, appeared feasible and the money they were seeking, I felt, was about right for what they wanted to accomplish. Key to this was the fact that they were clear from the very start on their companies experience and how long the product would likely take.

Where Star Citizen now finds itself is a game that has grown from a nucleus of an idea that I never felt had a very good pitch, to one continuing to seek more and more backers. Considering the original amount of money Cloud Imperium Games were seeking on KickStarter was $500,000, it seems outrageous that even after they’ve well and truly broken the $60,000,000 barrier they still want and are accepting more. While it’s fair to say that the scope of Star Citizen has grown somewhat since it first arrived on KickStarter I feel no more confident about its likelihood of launch now than I did when they proposed their idea. The original pitch of Star Citizen had alarm bells ringing for me instantly and incase you missed it:

On paper I’d say it’s all aspirational but not outside the realms of possibility. It was as I began to go down the full list that my eyebrows were raised and I just thought: “this is nonsense.” Much of what Star Citizen proposes has, in fairness to them, already be done. EVE Online offers an enormous universe that provides space adventure, trading, a complex economy as well as a persistent universe. The catch is its combat is relatively stale in comparison to the dog fighting Star Citizen proposes, it requires a subscription and it cannot be played single player. In contrast Elite: Dangerous also proposed similar to Star Citizen by seeking £1,250,000 but is already launching in a matter of days. The blueprints between both products are highly comparable with the exception being that Frontier Developments hasn’t obtained income anywhere close to Star Citizen while it also reigned in its scope. Planetary descents and movement around hangars will eventually arrive in Elite: Dangerous, but not until after launch. 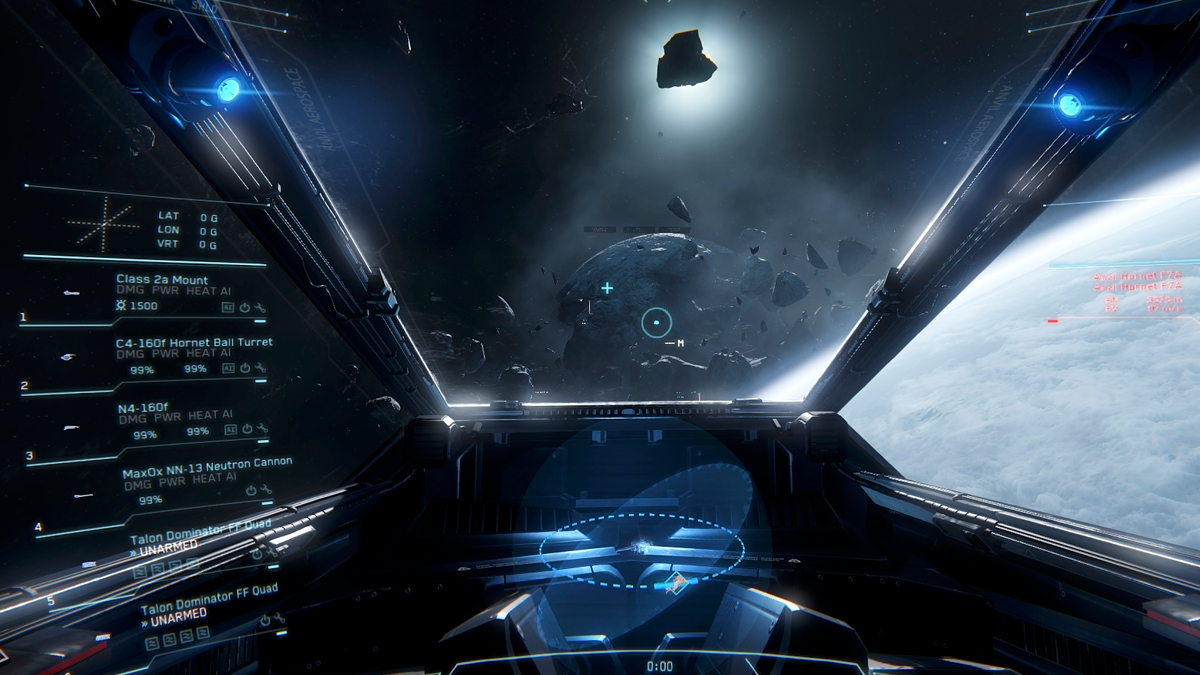 Star Citizen has continued to not only receive significant income from budding contributors but has continued to provide additional stretch goals in the process. From its original pitch of only needing to obtain $500,000 (only on KickStarer) to continuing to accept backers heading towards $64 million dollars is baffling. The stretch goals might only be additional ships or languages in some cases (with these stretch goals regularly requested by the community), I wholly believe Cloud Imperium Games should stop selling. Better yet, people should stop buying. Cloud Imperium Games have a responsibility, I believe, to only take additional money when it's needed not just because it's there to be taken.

We have investors that have agreed to contribute the balance we need to complete this game as long as we can validate that there is a demand for a high end PC space game. By meeting or surpassing our target on Kickstarter you tell the world that you want a PC based Space Sim and allow us to make this game.

When Star Citizen burst the 2, 3, 4, 10, 15 and 30 million dollar barriers, where were these investors? I've no problem with them abandoning investors when they realised how much money was rolling in from crowd funding, but considering the original blueprint of Star Citizen has seen little shift from when it was first made public, how were Cloud Imperium Games ever going to create it if they’d have only reached the $2 million target? Better yet, how can they not possibly be further ahead in development if they've such a huge pile of crowd funded income?

To digress a little, Destiny is alledged to have cost $500 million to create and market and Guild Wars 2, the nearest rival to World of Warcraft, was in development for 6 years and is estimated to have cost $60 million with a team of 250 staff (including one of the biggest concept art teams in the industry). While I question Destiny's figure (I suspect it's more in the region of $150 million combined with several hundred million for marketing) how then does a company such as Cloud Imperium Games who have absolutely no recent experience of the genre or technical requirements expect to deliver something so vast? The bugs and issues both of the previously mentioned AAA titles encountered through launch and beyond, with relatively simple play systems, are well documented.

If Frontier Developments can obtain a mere fraction of Star Citizen’s funding (alleged to be one quarter of the games total cost) and launch a year later - or a two year development cycle in total, I’m struggling to understand why Star Citizen has released so few of its modules. It’s fair to say that $64 million can hire you a lot of industry talent. The prospect of working on a huge title such as Star Citizen will see artists, writers, programmers and developers clawing at the chance to take a paycheck from Cloud Imperium Games. That however still doesn’t change the fact that I think the game is, at a fundamental level, entirely unrealistic.

The prospect of developing a game such as Star Citizen in modules and hoping to successfully bolt them all together as one seamless product seems a strange one and I’ve no doubt they’ve taken this approach for speed and marketing over practicality. Afterall, showing off footage that looks lovely is guaranteed to spur on more backers. Releasing a module showing the first person mode or space combat is entirely different however from those systems coming together as one. The entire time when watching the recent FPS Demo I thought to myself that while lovely to look at, there were far too many “ifs” as to how it would even piece together.

Having followed Elite: Dangerous and as someone who adores Sci Fi and space games I simply cannot be excited by Star Citizen. I’ve seen first hand the technical difficulties and limitations on Frontier Development’s design decisions - to then propose this can be overcome and drastically improved upon just by throwing money at the problem doesn’t ring true with me. Without heavy instancing, huge quantities of loading screens and heavy limitations on the number of players in a single sector of space, I can’t see Star Citizen functioning. To have potentially hundreds of thousands of players flying in space - some people on those ships walking around the hull - to fly onto a planet or enter into first person mode when exploring an abandoned space station boggles the mind. It’s absolutely my gaming dream but there’s a reason why CCP delayed something as simple as station walking and it wasn’t just the community backlash.

Star Citizen, without question, has plenty of money. Seeking and allowing the receipt of more doesn’t necessarily mean the game will be a success neither does it mean that with even more money they’ll be able to accomplish the impossible. I don’t believe any company, irrespective of budget or experience, could achieve what Cloud Imperium are proposing. By taking even more money they are piling further pressure upon themselves and living player expectation further. I really want Star Citizen to be a success but years covering and playing games in the industry leave me very skeptical. If they actually powered on with development instead of pushing imaginary ships that cost $2500 when there isn’t a shred of a game there, it feels like a con rather than an investment.

If Cloud Imperium Games got their heads down, backed away from publically promoting the want for more money (which is effectively all their stretch goals are) I’d have much more respect for them. Should it turn out that in two years time their millions have evaporated but they’ve an incredible game to show for it, I’d happily back them. As it stands however, I’d implore those showing an interest in Star Citizen to keep their wallets in their pockets. If you’re an individual who has already backed the game, I’d further implore you to spend no more money on it. Unless you’re fabulously wealthy to the point where you can afford to wipe your backside with $100 bills and light Cuban’s with the pile of money currently acting as a pillow, I don’t believe at this point sending money Cloud Imperium Games’ way is helping anything. All it is doing is going into a big black hole of dreams with very little seen, at this point, that it’s being pumped back into development.

Still, if you do want to put money into Star Citizen all I have to say is,“A fool and his money are easily parted.”