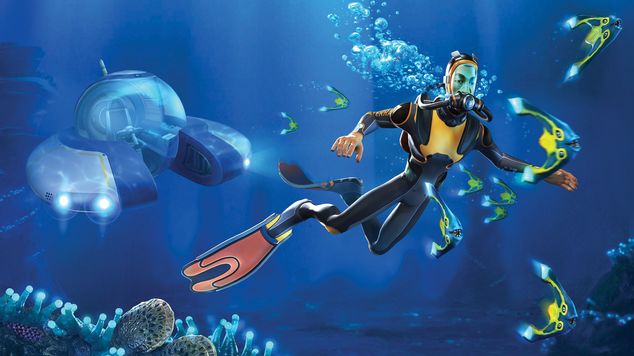 Subnautica: Early Thoughts
When you've a fear of the ocean, Subnautica perhaps isn't the best game to play.

My brother and I have both been playing Subnautica at the same time. Unlike me, he's fairly experienced when it comes to survival games and dived into the game at break-neck speeds. While I was tentatively exploring the shallows, he was heading out into the expanse of blue ocean.

Having avoided all guides and tutorials - on the advice of much of the Subnautica community - I was completely in the dark about what I’d encounter, or how I’d go about my business. I’m fairly inexperienced with survival games, frequently dying in any that I’ve played before, so wasn't expecting much different with Subnautica: how wrong I was.

For anyone unaware or what Subnautica is, it’s a survival adventure game developed and published by Unknown Worlds Entertainment. As the team behind Nautral Selection and Natural Selection 2, they’ve pedigree in alien worlds. I’m pleased to say this experience has paid off, with Subnautica having a level of polish and originality I rarely encounter. There’s a crisp, solid feel to the game world, and as you emerge from your escape pod, having crashed on planet 4546B, the vastness of the ocean ahead of you is both enticing and terrifying.

To be entirely honest, I’ve a crippling fear of the ocean. While I’ll happily swim with my family near the water's edge, and I’ll swim out as long as I can feel the sand beneath my feet, any further and I begin to panic fairly quickly. The thought of what lurks in the darkness below terrifies me, and having been scuba diving before (“come on Lewis, it’ll be fun!”), playing Subnautica brings back all the same terror. 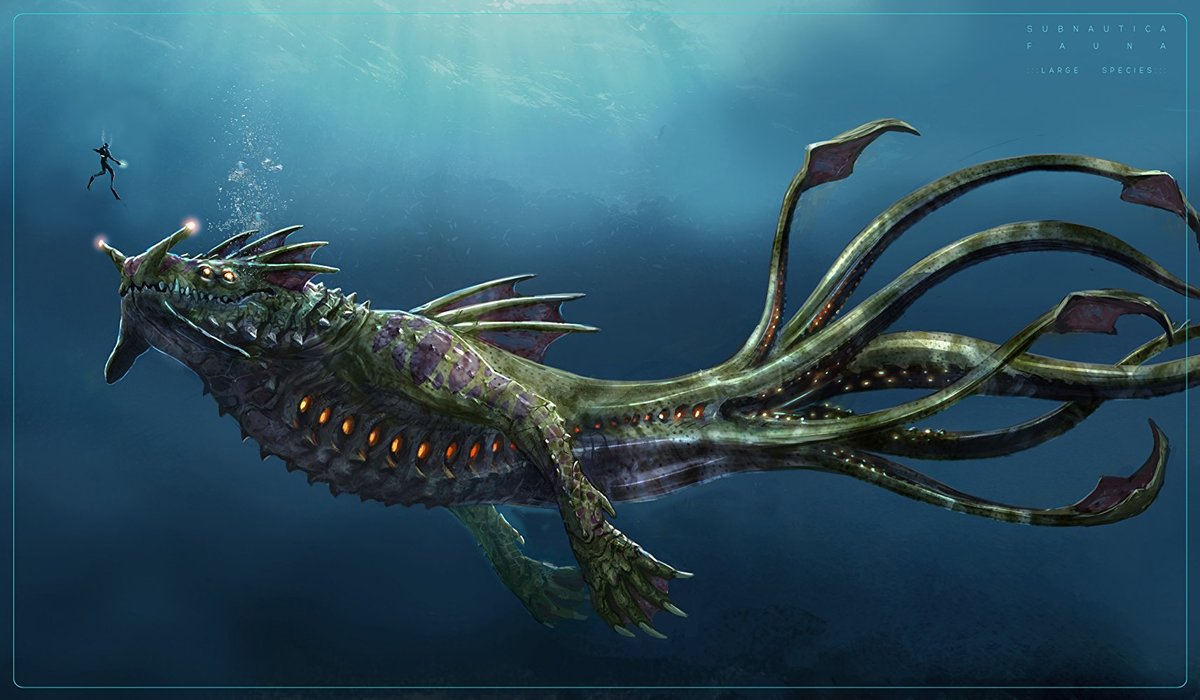 "Creatures like this is why I don't get out of my escape pod."

It took me around an hour just to pluck up the courage to leave the safety of my escape pod. Despite the ocean of Subnautica looking inviting (it's breathtakingly animated), and the water being crystal clear, I kept picturing some sort of strange creature swimming straight towards me. It quickly became apparent that Unknown Worlds Entertainment aren’t that cruel, and instead have made the area surrounding your pod relatively safe. This is great for someone like me, as it not only gave me the freedom to tentatively explore, but also the opportunity to learn how to manage my oxygen.

During the early stages of Subnautica, you not only lack equipment, but your ability to dive for lengthy periods of time is severely limited by a small Oxygen tank. As you begin to explore and gather resources, like most things in the game, your oxygen capacity can be vastly improved. While I'm still rocking the default tank, my brother is currently at the stage where he can dive for long periods, allowing him to reach bleak areas of the ocean that are almost pitch black. Having also witnessed some of the skin-crawling encounters he has had with creatures lurking in the depths, it’s enough to put me off for life.

While I might not be the target market for Subnautica, and my progress is agonisingly slow, it doesn’t really matter. I’m thoroughly enjoying my time, and steadily exploring what planet 4546B has to offer. The game is incredibly polished, visually stunning, has excellent crafting and is undeniably immersive. Even the lore which you find, scattered around the world in Blueprints, are excellent to read.

With near universal praise from Steam users (honestly, that alone is unheard of) and a price point that’s a bargain (£19!) there’s little wonder so many of my friends and family have picked it up. Now, if you’ll excuse me, I need to get back into my escape pod in order to psyche myself up for my next dive.

Subnautica is available to buy on Steam.

To read the latest guides, news, and features you can visit our Subnautica Game Page.