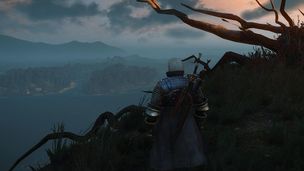 The Story of Geralt of Rivia - Witcher I, II, and III Synopsis
In this lengthy post we go over the story of each of the Witcher games and what happened. Find out Geralts back
Interview
The Witcher III: Wild Hunt

If you needed yet another reason to like The Witcher series developer, CD Projekt Red, you now have it. In an industry over-saturated with constant releases of paid DLC and endless monetization of games to where it feels like sometimes youre only buying part of what you paid to get, there is at least still one developer that plans to develop its games and give you a complete gaming experience at launch without carving out small pieces to be sold off as DLC later.

The Witcher 3: Wild Hunt is already shaping up to be one of the more ambitious projects of 2014 associated with the next generation of gaming consoles and PC. And CD Projekt Red wont be looking to nickel and dime its players at every turn. Its something that CD Projekt Red Game Director Konrad Tomaszkiewicz emphasized in a recent interview with The Examiner, where he reinforced the studios philosophy on DLC content.

We could sell extra content to gamers 'down the road,' but we dont believe in that," Tomaszkiewicz  told The Examiner, "we believe patches, fixes and additional content should be provided to gamers free of charge. Only something REALLY big, and something that will not make you feel ripped off, justifies a price tag."

CD Projekt Red has, in the past, released new content for The Witcher series without charge, kept the games relatively DRM-free, and provided some useful tools for the modding community to continue supporting the game in their own way. So while their statement doesn't mean that they will never sell new content, it does seem to indicate that if they decide to charge that it will likely be on the level of an expansion rather than the often industry standard of $15 for a shot of content that might lasts 2 hours if you're lucky, and in some cases is just a piece of cut content from the original game.

The studio's stance is admirable, especially when you consider that so many publishers have no problem with slicing out parts of their games to sell later. CD Projekt Red boss Marcin Iwinski stated earlier this year in an RPS interview that PC players will receive any DLC for free, but the policies behind consoles like Microsoft's Xbox One may be a bit more problematic. Very little goes through the Xbox without Microsoft finding a way to get a cut.

The full interview with Tomaszkiewicz will be posted on Wednesday.