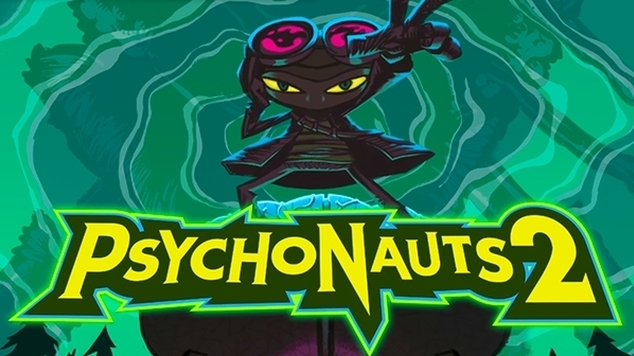 Wading through our second year of the pandemic should have given us "more of the same" with regards to PC games, but somehow, it managed to deliver incredible AAA tiltes (though fewer of them) mixed with a multitude of indie titles that were nothing short of amazing.

There seemed to be more games that feel outside "keeping it safe" boundaries and took risks.   2021 truly was a very good year for PC gaming.  There were many games that simply didn't fall into one genre; mixing, matching and creating new spaces that PC gamers had never inhabited before. It's like a £10 deposit casino, you hear about them, but you've never actually seen one.

As I look for one clear thread that ties the gaming of 2021 together it becomes clear that there really isn't one.    If I had to grasp for an answer I'd say that hope was the defining thread.

The following list is mine and mine alone.  You may and probably will disagree, but for me this list makes up the very best of 2021.   Enjoy!

When Resident Evil 7  was released in 2017 it reinvented the franchise and reset the backdrop for fans. Resident Evil Village takes a different path, but is almost... I say almost...as good.  Resident Evil Village picks up where RE7  left off, with regards to the story.  Where Village improves on the model is by starting the story with you loaded for bear, ready to go.  This is an action game from the get-go.

The community or town acts like a hub, connecting the game’s various bosses — and the four pieces of Ethan’s daughter, Rose, who has been placed into  four flasks.  Those spokes off the hub and the baddies who reside there are what make the game tick.  From the Internet favourite Lady Dimitrescu to the Baby in House Beneviento, Village creates excellent villains and places them in astounding backdrops.  The latest RE entry does something that I didn't think it could do, it continues the franchise’s hard-won momentum while adding in its own major contributions.   This is an A+ addition to the series and a title that every RE fan or action game fan should play.

The Halo franchise has been near and dear to my heart for 20 years. The IP has won so many awards that it is truly hard to keep track.  It has been named Game of the Year and even Game of the Decade.  Halo is iconic.  It is also a tough act to continue.

Halo Infinite’s ranking here isn’t a nod to its past.  Halo Infinite does something that I didn't think was possible.  It takes 20 years of Halo and makes it both familiar and entirely new.  It is a revolution and an evolution of the series in one shot.

Infinite brings with it a a semi-open map with a combination of story missions, secret locations, and emergent world events. There’s still plenty of super-soldiering to be done, but you’re also rescuing Marine squads pinned down by enemies, destroying propaganda towers, and reclaiming UNSC bases. Halo Infinite is the story of an entire (open) world, rather than that of just one soldier.

Everyone who even remotely likes Halo should be playing this.

Inscryption is well, I'm not sure what it is.   It's game in which you play a game and sort out the mind of a psycho.

The game begins like a standard roguelike deck builder.  It is very well done.   Hard enough to make you think, but not punishing to the point of frustration.  As you proceed through the game things change dramatically.  What you thought was fact is no longer and what you thought was a minor bit of fluff turns out to be ultra-important.   With innocuous details becoming major parts of the journey you never really know what matters.

Inscryption is a sleeper that nips at you all the while drawing you deeper into its grasp. This title is briliant in ways that cannot be explained here because simply, it would spoil the experience for you.   Get the game and play it.  I haven't talked to anyone who regretted it.

Deathloop has so much going for it.   The art style sets it apart and has been the talking point of far too many threads on the Internet at this point (in a godo way).  The experimental way you go about the game loop is refreshing in a way that most games never touch upon and the emergent combat sets the bard.

The game takes place on the island of Blackreef.  You play a single, repeating day,  hence the Deathloop.    You explore carefully taking mental notes before returning to the island at different times of day.    Depending on the time fo day you can access new shortcuts, discover new weapons, and overhear new gossip that aren't available otherwise. The joy though, is in finding the sequence  events that will culminate in the demise of Deathloop’s eight villains.  It's like death dominos.

This is a unique experience that may not be for everyone, but it is worth playing if you are even a bit interested.

It has been a long time old friend.  Welcome back.  15 years later we have Psychonauts 2 and OMG is it worth the wait.

There is no part of Psychonauts 2 that doesn't feel like it was lovingly built just for you.   You're an acrobat.  You're a psychic spy.  You're  Razputin Aquato and you travel through the consciousness of others to solve a mystery by solving smaller mysteries.  It's surreal.

The gameplay is straight-forward.   You make your way through a surreal world filled with familiar mechanics and sets that somehow make you believe that you are really there.   Double Fine makes this game twist your emotions.  A platformer set inside the mind dealing with mental health.   Timely. 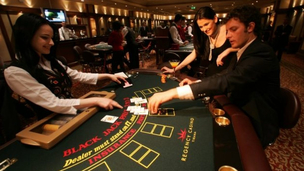