The best roguelike games in 2022

Unlike books or movies, games are all about the process. Projects roguelike genre almost entirely concentrates the player on the developments, not allowing the distraction of the plot and colorful videos. So how are they designed, and which game of this genre is worth playing? And now we are going to tell you about it.

Slots are also roguelike games, so you can check out the games available at Bollywood to see for yourself.

What are roguelike games?

The whole roguelike genre got its name from the single game - Rogue, which was released in 1980. It used ascetic graphics, and the player's task was to explore the dungeons and try to overcome the obstacles in the form of traps and enemies.

What made Rogue special was that it was tough, did not forgive mistakes, and, most importantly, did not allow you to memorize your levels. In addition, each dungeon was unique - the terrain map was randomly generated anew for each session. Copied this feature of the game and became known as Rogue-like.

The "run" (an attempt to pass the game) often looks like this: the player begins with an essential character ability or a random set of items in a safe room. Then, moving through the generated locations further, he meets more powerful enemies  baccarat game and finds new skills and equipment - like terrain, they can be randomly generated or mixed and have no clear pattern of appearance.

It is worth noting that many roguelike games have no endings, and constantly loses are the norm. Yes, some genre representatives have a story and even a full-fledged ending, but often the sense is in the endless looping of randomly generated locations and sharpening your skills. 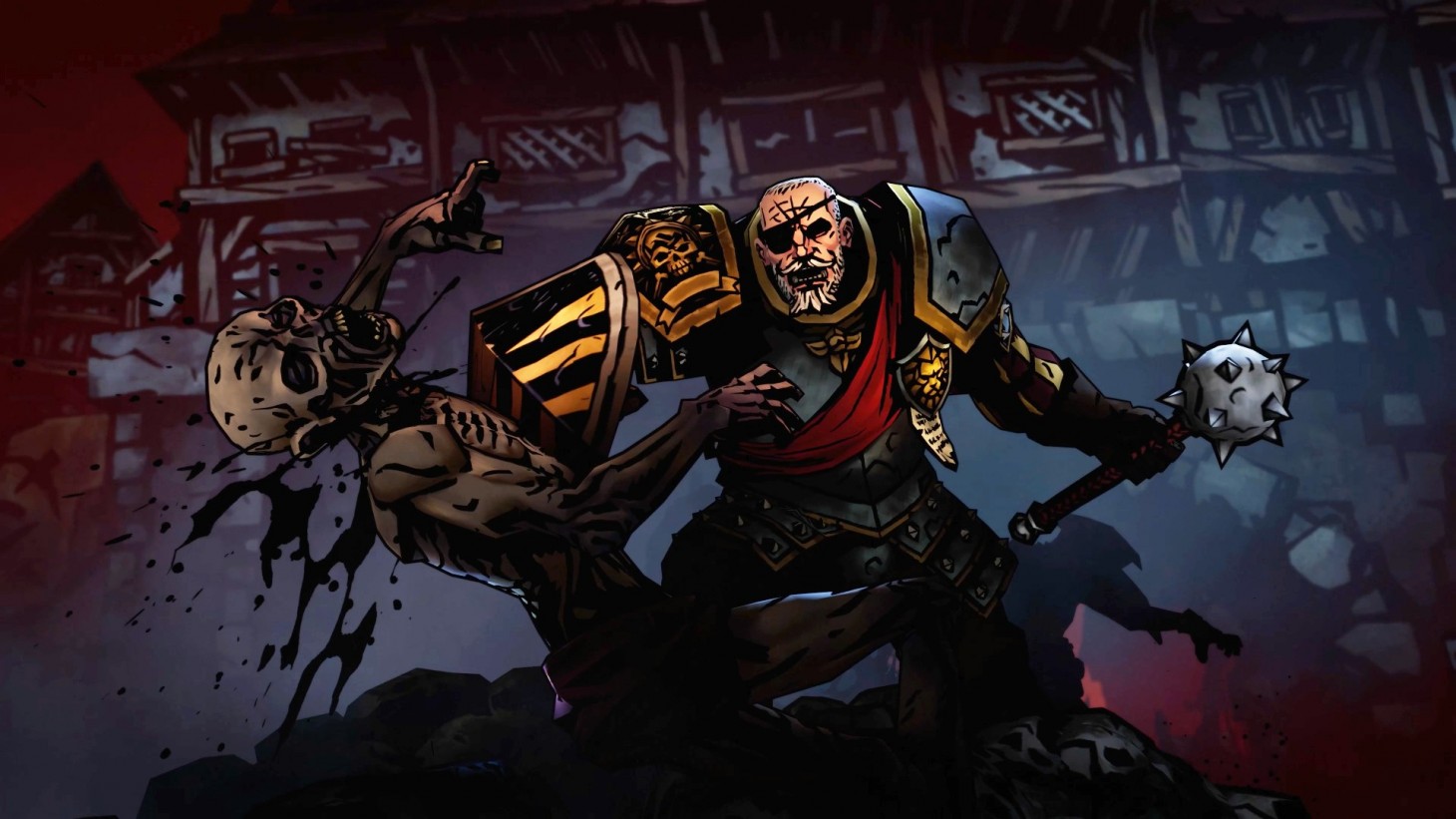 In describing the roguelike genre, we should have included one crucial point: that same Rogue was a turn-based game. Nowadays, many roguelikes are colorful real-time action games where the battles are as dynamic as possible, but Darkest Dungeon is true to tradition.

At the story's center is a squad of adventurers fighting monsters in a cursed city. The player determines the team's composition - you can include heroes of different classes: from spartan warriors to shooters with powdered weapons and healers. Together they go on adventures in the dungeons of an ancient mansion, where they try to find treasure.

Of course, these dungeons look different every time, but the main problem is not the catacombs with traps but the other enemies that meet on the way. The peculiarity of Darkest Dungeon is its gloominess. Apart from the harsh atmosphere and dark visual style, this is reflected in the fact that adventurers can get psychological trauma, go crazy and stop obeying player commands. It makes the complex tactical game even more unpredictable and challenging, which is why fans love it.

Dead Cells is just the top roguelike game that offers rampant action instead of thoughtful turn-based battles. At the same time, each race, according to the tradition of the genre, will be unique - each time, the player will find a different piece of equipment with new characteristics, directly affecting the style of passage.

Another feature of the Dead Cells game is the protagonist - he is not just some lonely knight, but genetic something, a clot of half-living cells. Of course, each time this essence dies, it will lose a part of the gained experience, but at the same time, it will carry a part of the skills, thanks to what the character will develop with time, and each player has their way.

The Binding of Isaac

Any top roguelike game on pc is not without mentioning "Isaac" - the grim adventure of a little boy whose overly religious mother has locked him in the basement. It turns out that the underground floor of the house is not only inhabited by strange creatures (indeed, frankly - monsters), but also by the tradition of the genre is rebuilt every time.

The Binding of Isaac is also a very dynamic game. In the beginning, Isaac uses his tears as a weapon, which looks like blue balls. But already in the next rooms, the player is sure to find relics that affect the gameplay and abilities of the hero. The game is more than ten years old, and during this time, the project was constantly expanding and re-released several times with new content, so now the variety of races is incredible.

The colorful Sony exclusive departed from the company's usual formula and provided players with a vivid, dynamic, and intense sci-fi adventure. Astronaut Selina crashes on a mysterious planet inhabited by strange creatures and soon finds an astronaut's corpse in whom she recognizes herself.

In Returnal, the developers tried to cross the classic RPG, third-person shooter, and the so-called bullet hell - another popular in a small circle genre, where the enemies release a lot of bullets. In general, it is very colorful and complex, but because of this, the average player may need, from time to time to set aside the gamepad and give their eyes a rest from the ongoing riot of color.

Strictly speaking, Diablo games are not classic roguelike games but do contain significant elements of them. For example, it's based on the random generation of items dropped from enemies, so the same characters are entirely different for different players.

During the extermination of hordes of evil spirits, players get items with random characteristics and even names. And in the third part, there are also so-called Nephalem portals, passing through which the user enters a randomly generated zone, where you can leave many hours in search of better equipment. Diablo 3 has a full-fledged story mode, telling about another battle with that identical Diablo.

Strictly speaking, Minecraft Dungeons isn't a full-fledged roguelike, either. But the game follows so closely in the footsteps of Diablo that it also adopted an element of random generation.

In this case, the main feature is the setting: the action takes place in the world of Minecraft, with creepers, pigs, and pickaxes. Finding a special outfit will be much more interesting to fans of the original, who will be able to look at the familiar universe from a new angle. 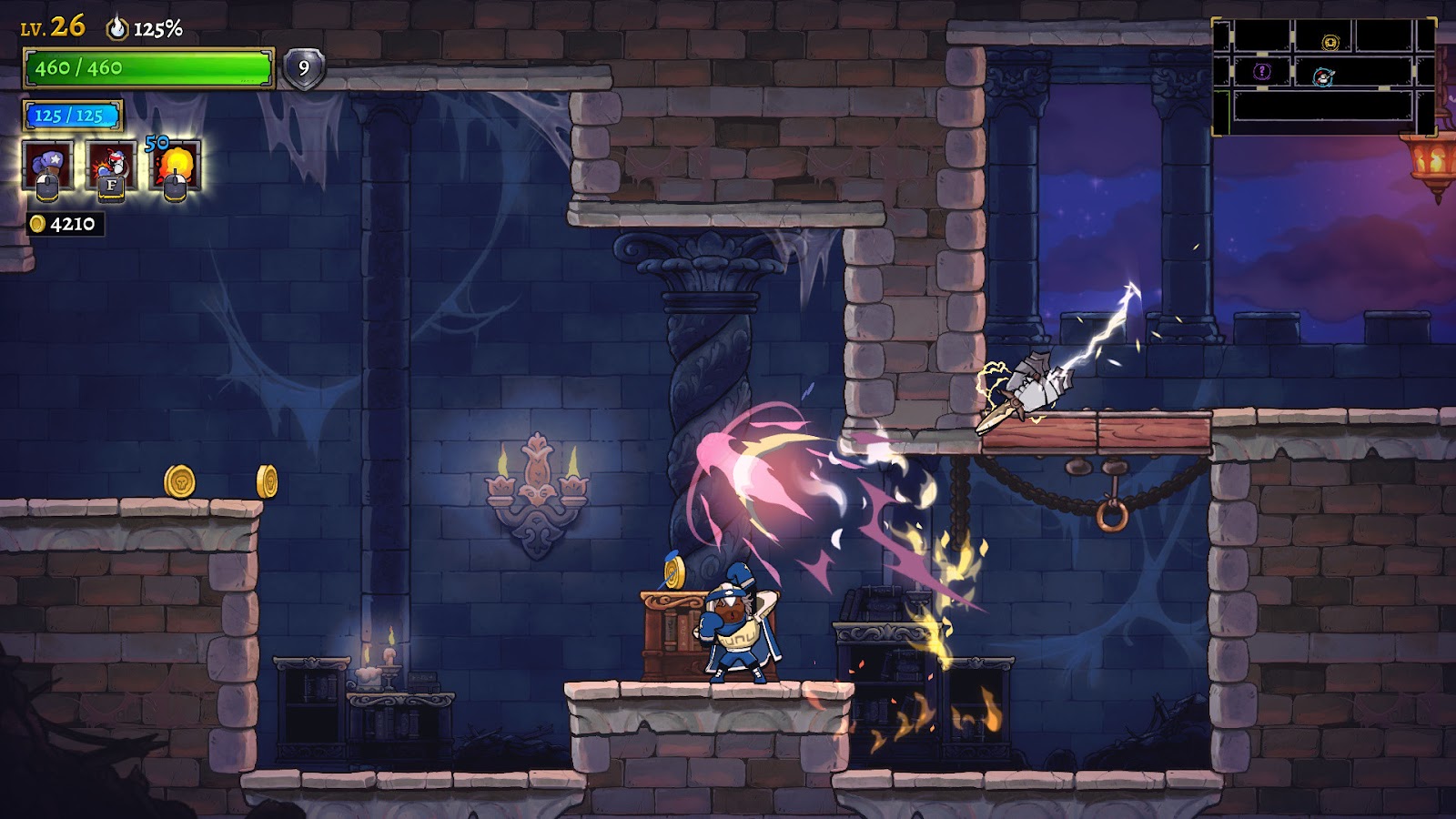 Another two-dimensional roguelike, the distinguishing feature of which is the creation of a pedigree. After the death of another hero to conquer the ever-changing castle sent his offspring, which can be a unique child - in every sense. So, in addition to higher jumps or increased physical skills, the new hero can become astigmatic or deaf - and then the player will have poorer visibility or no hearing. Together with the genre's traditional unpredictable levels, this got Rogue Legacy into the "best roguelike games on pk" list.

Usually, the best RPG games contain a bleak atmosphere of dystopia that emphasizes the difficulty and likely failures of the player. However, this is not the case in Enter the Gungeon: it is a dynamic action game about funny heroes, and the entire local culture is built on humor about weapons. For example, the enemies are the revived bullets, and in the locations, you can find a lot of stone sculptures in the form of an arsenal. Not deprived of guns and gameplay - although the player always starts with a weak weapon, soon enough, he finds something more severe in each race.