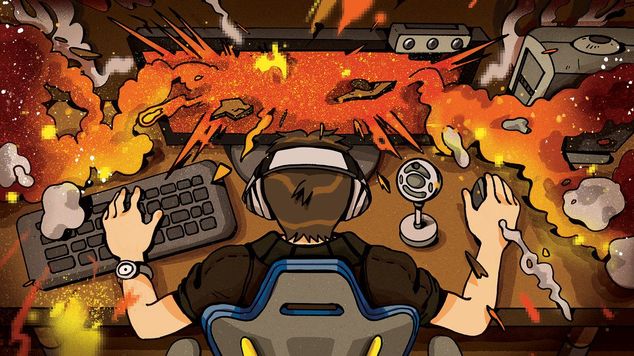 What Live Casinos Need to Learn From the Success of Gaming Streams
Online casinos are easy to find today, but they’ve had their challenges in the past, with some authorities bein

Online casinos are easy to find today, but they’ve had their challenges in the past, with some authorities being against them originally. The online casino phenomenon started way back in 1992, in the Caribbean island of Antigua and Barbuda, which became the first country to legalize online gambling. Then globalization came about and Malta, Gibraltar and a few smaller countries followed suit. Nowadays, there are innumerable online casinos. If you’re not sure where to start, bestcasino.co.uk has the best live casinos in the UK, along with some great guides.

Although there’s some discussion over who launched the first online casino, with more than one operator laying claim to this, many of the early online casinos belonged to land-based ones who had spotted a gap in the market and had seized the opportunity to fill it. Today, the industry has come on in leaps and bounds and generates dollars growing into the billions. Part of the reason behind their success is the sheer convenience online casinos offer, allowing people to play and win in the comfort of their own homes.

Streaming is something casinos should consider. It’s become a real phenomenon and there are people out there who have netted major amounts of money just from streaming games online and playing them. These include Dr Disrespect, who has amassed more than 2 million followers and Ninja: Fortnite, who has more than 12 million followers and is the original trailblazer when it comes to streaming games.

Some of these have built their following by being online constantly and, in some cases, streaming as many as 18 hours per day. They engage in these long spells of playing video games to attract new viewers and to prevent their current fans from going to other streamers. When they’re online, fans can pick up tips and tricks to play the games on their own consoles.

The streamers haven’t just jumped online and, magically, made a living from it overnight. They’ve had to adopt a strategy to make all that time they spend truly count. That means being consistent in terms of broadcast times, games they play, their brand messaging, design and more.

Online casinos could really learn some handy tricks from the streamers, who you’ll find on YouTube and platforms such as Twitch. Players would likely appreciate a stream from a live casino which showed them how they could play and make more and more money from the games.

How you can win at the best online casinos

You can win big money at some of the best live casinos in the UK. Playing in a casino is a combination of luck and of strategy, depending on the game you choose. Fancy some tips to help you become a winner? Here you go:

What live casinos can learn from streamers

As mentioned, streamers could show live casinos a thing or two about streaming that they can use to their advantage. Here are some of the lessons live casinos could learn from them when providing a streaming service:

You’ve got to have a USP

There’s a lot of competition in the casino industry, so if a live service wants to compete it must be able to differentiate itself from the others. Teaching people is one way they might be able to get the upper hand on their competitors.

You need to build a community

This is one of the reasons for the success of platforms such as Twitch. The viewers have the exclusive feeling of watching the gamers play live and can interact with them. The streamers respond while playing. It’s not only during the game that they engage with their followers, however; they also respond to them on social media channels.

Streaming is a real labor of love. It’s not just about attracting new followers or new streaming partners to be a success. The people in this game are truly invested in what they’re doing. They love it. If the casino has no genuine passion for the service it’s offering and is just doing so to make some money, they’ll do a lower quality job. Users can see through that.

The competition out there is tough, but streaming could open casinos up to new possibilities — and why not? The industry has proven itself capable of rising above the challenges it has encountered along the way and of moving with the times, adopting new technology to meet the growing demands of players. They could learn from the success of the streaming community to improve their own offering and attract new players. By marketing themselves well, engaging with the people who use the service and providing the service with authentic passion, they could really transform their casino into a competitive force that has the others running scared. Let’s see if they take the opportunity.