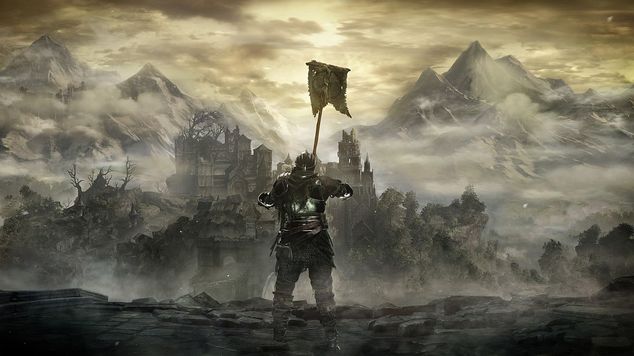 In various interviews and discussions, Dark Souls 3 which is the successor to Dark Souls 2, will be crafted from the ground up, but also steal heavy influence from Bloodbourne, which has been a major hit. Dark Souls is one of those games that have a formula that works, so it's hard for them to change it too much. A proper souls game punishes you for not dodging and encourages you to use everything in your toolkit to survive in a world where everything not only wants you dead, but also really wants you dead.

Speaking of the Bloodbourne influence, it's hard to change a game like Dark Souls too much, but at the same time there is something to say about Bloodbourne. It lets you move a bit away from the sword and board build, which is what Dark Souls 3 will probably change the most. In both DS/DS2 you're more likely want to use a shield and sword than trying your hardest to get good at anything else. It's just easier, and for a rather long challenging game, easier is often more preferred. Dark Souls 3 will be attempting to speed battle up and give you a few more options than just going through the game - rumored to go as far as to make some weapon builds ineffective for some bosses.

Dark Souls 3 should be the end of the series, or at least Demon Souls 1 to Dark Souls 3, unless it goes the Assassin's Creed method of just making new games, just without a number at the end. Other series like Gears of War were able to slowly change the game through the three titles and it worked, and Gears of War 4 as far as I know is still going to be a thing, which I think is a solid way of continuing a series.

I'm rather excited for Dark Souls 3, and while there isn't much in the way of what's going to be changing in DS3, here is what I was able to gleam.

Battle Arts is active skills affixed to each weapon, granting you a new skill based on the weapon you have equipped.

The biggest change is that boss AI will be hammered out a lot more and most bosses are expected to behave like MMO bosses, changing attacks based on remaining health. This will make you learn a variety of tactics for each boss, versus previous souls games where many of the bosses literally had a single pattern and that's all they did. While not specifically "new", the fact that bosses are all collectively going to get an AI upgrade / tactic change is likely to be a major game changer and have you weeping throughout each fight. Enemy AI will also be different, including hiding around corners ready, sort of like Freddy from Five Nights at Freddy, to make you regret playing (and then play more).

For many players, it's not even about what is changing, but what will return from Dark Souls 1. Enemies will spawn infinitely, just like the first game, so you won't have to farm Bonfire Ascetics in order to keep farming enemies.

Weapon durability will be iterated on, so that you won't have the harshness of Dark Souls 2, but likely won't be focused on Dark Souls 1's level of not caring that much.

As mentioned above, sword and board won't be as big, as the enemy AI and combination of Battle/Weapon Arts will make it where you'll probably focus on dodging more than blocking.

To read the latest guides, news, and features you can visit our Dark Souls 3 Game Page.