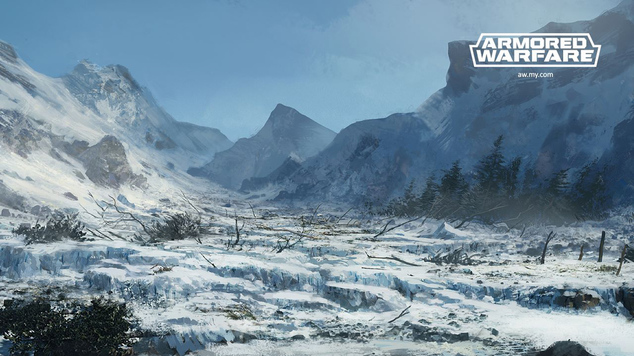 As a gamer quite fond of action-combat and tactical strategy, I've always been into franchises like Ace Combat and Strategic Simulations Panzer series of games. I've also enjoyed online combat games like Battlefield where I can hop into various military vehicles and prove my worth.

Needless to say, I've got steep expectations when it comes to realistic-themed combat games.

I'll be frank. My first few minutes in the game client were intimidating.

There were a lot  of menus in the AI - and all the various panels and details I now know as the game's individual unit progression system were a lot to take in. Unfortunately there isn't yet any simplified UI for beginners first entering the in-game lobby/garage - nor much of a tutorial to instruct navigating it.

However, once I finally selected a tank and jumped into the intro PvE mission - the complexity quickly disappeared.

From my previous experience watching World of Tanks videos on YouTube, I was preparing myself for complexity, madness, and no small amount of pay-to-win mechanics.

Getting Behind The... Turret?

Right out of the gate, I quickly realized how simple the controls were and was able to appreciate the in-combat UI's sleek and informative design. There are a few things to take in, but the action itself really drove the gameplay - and paying attention to info on the UI actually wasn't necessary at all while first playing.

WASD controls and the use of the number keys for ammo selection felt incredibly natural - even for someone who predominately plays RPGs. The movement, firing, and strategic positioning of the game felt very arcade-like and intuitive and made the game very easy to enjoy, even as while I was learning the basic mechanics.

The quality of graphics and audio effects were also quite impressive, and the movement of my tank (and others on the battlefield) actually made them feel heavy, powerful, and simple to operate - which allowed me to bask in the visual and sound quality that doesn't fail to satisfy. 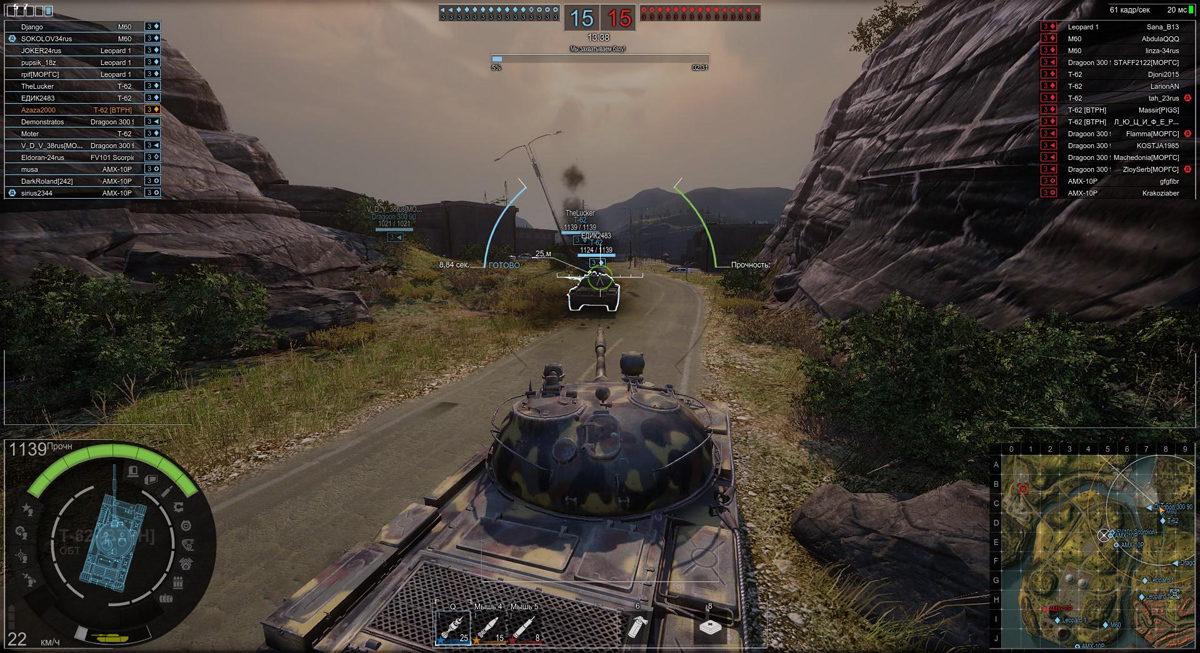 Not Quite What I Expected, But In A Good Way

Along with my unnecessary fears over too much complexity and clunky controls, I quickly discovered that the game didn't seem to suffer at all from the pay-to-win elements that plague other games in the genre - completely alleviating that wallet-sucking anxiety.

The freedom from such an oppressive monetization model seems to be having an incredible impact on the war-gaming community, as the players I was encountering in game were not the toxic group I was expecting to have migrated over from other titles. I was even invited fairly quickly into a battalion of players who had recently made a complete move over from World of Tanks because of the positive experiences they were having in Armored Warfare's early testing.

With over 70+ active players, the unit always has a dozen or so people actively playing and hanging out in their local TeamSpeak - and have been extremely cooperative and welcoming so far. I had heard war stories about World of Tanks and some of the negative elements hard-baked into that game's mechanics and culture; and the group that picked me up was quick to confirm the drastic difference between the two games that I had already been noticing.

Hearing such positive feedback from active players in the genre was a positive sign - and I've continued to pop in and play a few hours each night to keep pushing through the wealth of free progression the game offers.

Learning The Ropes Of Armored War

It didn't take me long to figure out what all the various panels, buttons, and elements in the lobby-UI were used for - especially with the help of other players via chat and through their Battalion TeamSpeak server. Once I began digging, I quickly discovered that the amount of progression was simply massive.

Much like an MMORPG, there is a bit of a grind involved in the game for all players (freemies or paying whales) - but the creep of escalating power doesn't have the same segregating and other negative impact that you get with many MMOs. Paying players are only really buying aesthetics and accelerants to help aid in the same unlocking process that free-to-play players have access to, eliminating almost any possibility of pay-to-win features.

Furthermore, the way that Mission (PvE) and Battle (PvP) queueing in the game is designed - players aren't pressured to quickly climb the ladder of tiered tanks to get to the top. Players can settle on a tank-style and tier that they enjoy and continue playing and unlocking features of that specific tank and class for quite some time before they are incentivized to spend time elsewhere.

The game's unique reputation system for unlocking tanks, upgrades, and retrofits also has both a local and global element - meaning that even once a player has maxed out a tank's progression, they can continue playing on their favorite units and earning global rep that can be used to help unlock other tanks and their upgrade tracks. 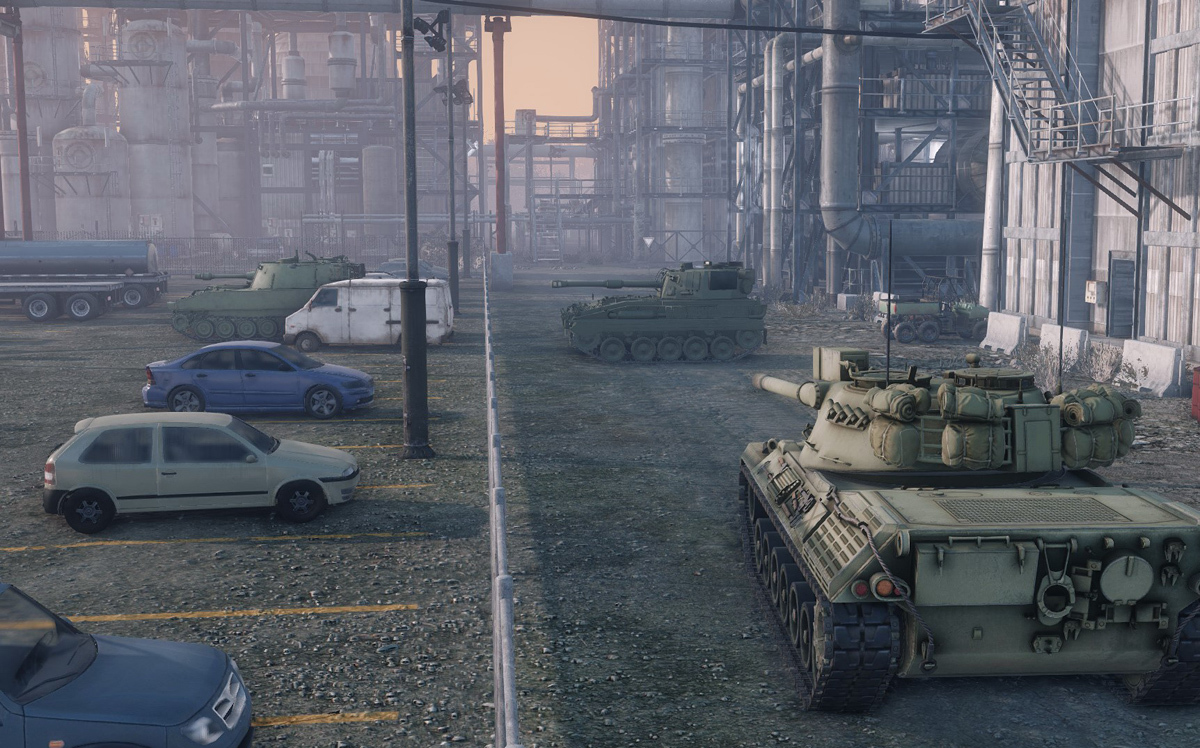 It's hard to not be impressed with the positives I'm already seeing and experiencing in Armored Warfare - especially when you compare it to other games in the genre, that have plenty of big issues that impact how the game feels, plays, and the community interacts within it. After picking it up and expecting to spend just a few hours tinkering around and making World of Tanks comparisons, I've caught myself staying up later than normal just to squeeze in a few extra matches.

Armored Warfare has greatly exceeded my expectations for a game in this genre, and that's a kudos to the open-minded development team who had to be paying attention to the issues plaguing other games and coming up with solutions right out of the gate.

Given that the game is still in Beta testing, I have high hopes for what it can achieve by launch and with continued updates, features, and additional content. If you've ever been a fan of strategy and war-games like this, but feared the complexity of other tank sims out there... I definitely recommend you give it a shot and make the judgement for yourself.

As a free-to-play title, it won't cost you anything to do so anyways. So why not?