Column
Bloodstained: Ritual of the Night 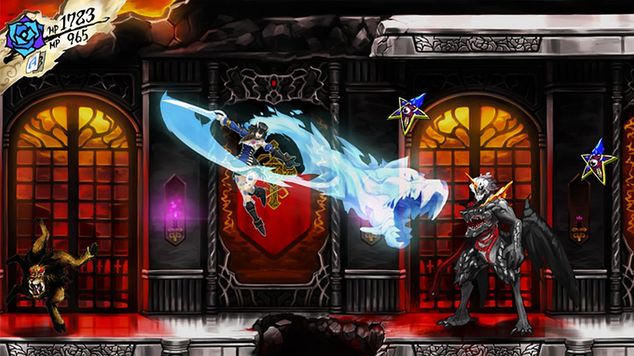 Behind the Igamania - Why Bloodlines is a Kickstarter Success
David, who usually is disgusted by most Kickstarter properties in video gaming, finds the latest gaming hype cr

So one of my favorite things in the entire world is Castlevania. I've played most of the Castlevanias on the DS and everything else except the horrible 3D abominations, which I guess yeah I also did play. Castlevania is like the foundation of gaming to me because it has embodied everything that was awesome about classic gaming.

In Castlevania Symphony of the Night, you were literally playing an RPG that didn't feel like an RPG. It was a combination of Metroid style exploration and collection, along with hardcore jRPG inventory and skill use, along with Alucard's suave self moving through the castle.

What's more impressive is that I find the Kickstarter actually palletable because it's pretty much what gaming Kickstarters should have - a huge industry figure with handfuls of success at the helm being turned away from publishers for a legitimate reason needing backing to create a game that's easily within the scope of the funds that they're asking for. 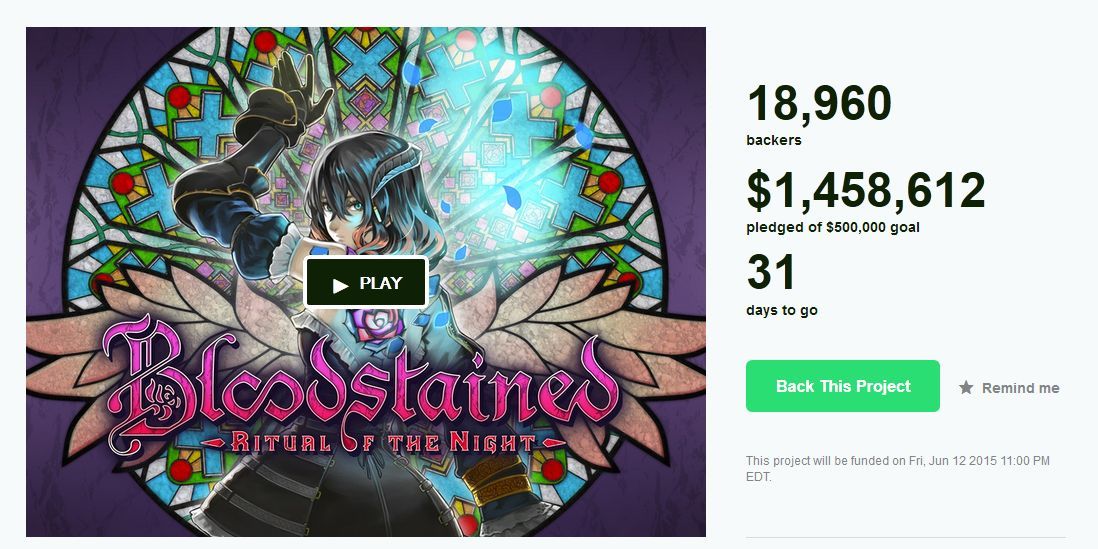 A lot of times I rail against Kickstarter because it's... nonsensical what people are asking for, resulting in vaporware or shoddy early access games that get infrequent updates because there is no more audience to sell to. Think about it like this, most niche titles have only so many people who are willing to buy into a product. If the target demographic buys into a Kickstarter that assumes that more money will come from sales at early access, then there is a chance that there won't be anyone around to buy into a half finished game at that point.

It's sort of like a lot of developers asking to get their head above water and expecting to get the rest of the way up once they reach that point. It's not sensical. With something like this, where a major figurehead (IDA is pretty much a god to his following) that has a long track record of successful game launches as producer and has already secured outside investment for a game that should, by all accounts, not require you know 100 billion dollars to make (cough Star Citizen cough).

Then again, at this point in time, it's at one and a half million, three times what was asked and considering it's day one, Dracula only knows where we're going to go.

I think that this is awesome and I'm sort of shocked since I only found out about it today, but I'm sure a more conversation is going to come from this in the future. A lot of questions will probably come in the aftermath, like back dashing to move forward, is that a feature or a result of slow movement? One of the neater things is that, the back framework for the game has been built, but by no means has it been outlined.

As for why the success, it's a great example of a good mixture of a solid developer / development team, an underserved industry, and a project that's scope is conservative. A 2.5D side scroller is much easier to create than a crazy large 3D huge project, because most of the game's development is more in refining the maps and combat and flow, versus actual world building and the art / sprites behind each character. That's not to underscore how much development has to go into a side scroller, but that it's a much more conservative undertaking that's easily completed with a smaller team than say, something like Star Citizen.

I'm rather pleased to see something like this on Kickstarter and as I've said a billion times, crowdfunding is lame, but this appeals to me because it's something I would love to see (another metroidvania not on the DS, although Portrait of Ruin took more time from my life than I'd like to admit) by someone I'd love to see make it and it might, just might, be the first Kickstarter I ever back. We'll see!

To read the latest guides, news, and features you can visit our Bloodstained: Ritual of the Night Game Page.