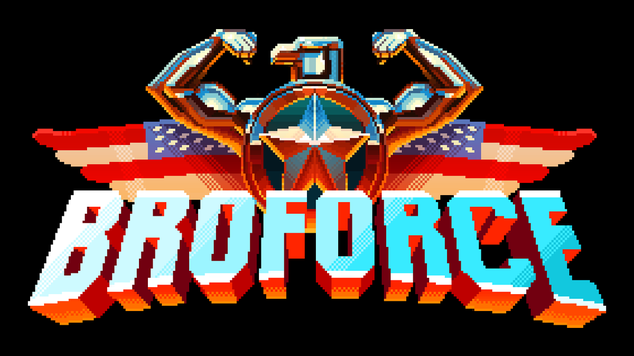 It’s that time of the week again where Xerin gets ragingly mad about early access games. We all love hearing about it, so here we go again. I’m still just so tired of early access games. I really want them to go away. I don’t like the concept for ANYTHING but games with a persistent online mode. I'd almost say that it's like a personal war against the idea of buying into games that aren't ever going to flesh out. This week, the reason why - Broforce.

The other day I was like let’s load up Broforce and do a multiplayer campaign until the end and see all the new cool stuff since it’s got the label “alpha” all over it. Well guess what, there isn’t anything new or cool. You get about an hour, if that, of the same single player levels that you’ve been there done that with, and then it’s done. A quick jump to single player and you get to go and be alone while you play through the same levels (aka single player is just local co-op with a cool helicopter screen).

I use Towns a lot to describe this problem. A game is released into early access, everyone buys it and plays it, then they put it down because it’s not complete. A few people come back and check on it now and then to toy around with any new features, meanwhile, the developers who start off doing weekly or even daily updates move to monthly, quarterly, then yearly updates, usually around Steam sale times.

Broforce launched September 16th. Around that October, it started getting just pounded with media attention and everyone jammed in to buy it. As you can see, the developers didn’t bother updating it that much until February, right before it landed on Steam in March. At which point, the updates sort of just stop. You know why, though, right? There is no reason to update a game that’s going to sell itself.

You don’t know that Broforce is now basically a Minecraft of ‘Murica. The only novelty in the game after you play the game once in whatever super short period of time you do it in is the level editor, assuming you’re into that, which was pretty much included near the launch of the game :/.

Now, I’m not saying that Broforce will never ever see another update, all I’m simply saying is that well, I get an incomplete game for my money, and it might not be completed (update: there apparantly is incentive for them to finish and they have declared they're commited to finishing it - see more at the bottom). There is only one early access game that wasn’t an MMO or had some kind of continuing online hook to it, which is Kerbal Space Program. Valve has even updated the Early Access FAQ to mention it might not be finished and you’re gambling with your cash.

What I’m trying to say is that early access is terrible unless it’s an AAA game that is going to be finished, the resources and team is there to finish it, and it’s a done deal. It’s a thing that is GOING to happen, there is no question about it, and the only thing between you and the glorious finished product is time.

With games like Broforce or Towns or Rust, the biggest issue is that these indie deve teams get the money, the money cuts off, and why finish when you can work on a new game? Rust’s development team started on a new game before Rust is “finished.” Now, to their credit, one developer is working on this new game (according to them) but the community is outraged none the less.

Now, I’m not saying don’t support these early access games and I’m not saying no one is going to avoid finishing their game, I’m just saying that I don’t like the concept and I generally want to wait until a game is finished before I buy in. Because there is a drastic difference between say a Kickstarter (buy into this idea), an early access (buy into our game that isn’t finished), and launched (buy this game). The fact that Broforce has been out so long and so little progress has been made, makes it very blah for me.

Well that’s enough about early access, I talk about more about it you know, the next forever. Tomorrow we’ll talk about some social issues relating to gaming.

It seems that Free Lives Games has stepped forward and has double downed on their commitment to finishing the game - which is something I do ever so love seeing. It's great and I think more game developers should take the time and effort to highlight how commited they are to finishing their games, so that anxiety and fear don't run rampant for the few who play it and forget it.

To read the latest guides, news, and features you can visit our Broforce Game Page.