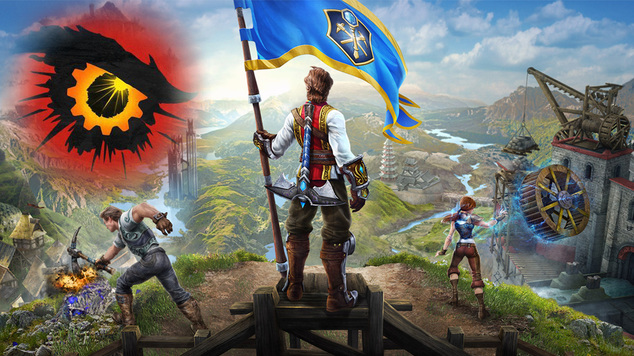 Dear Daybreak Games...
Alex has been closely monitoring SOE/Daybreak for the past two years, eagerly participating in the development

[Every now and then I write a column entry with the theme of being a letter to game developers at large... but this week, I had to get a bit more specific. I've had these feelings for a little while now, but I never really knew how to put them to words until I came across a well-spoken criticism on Landmark's official forums that has ignited an interesting conversation. So without further delay... this one goes out to you Daybreak.]

Nearly two years ago to this day, my EverQuest nostalgia was rekindled in a way it never has before. I stumbled across YouTube recordings of SOELive 2013 where EverQuest Next and EQN: Landmark were finally unveiled in all their conceptual glory. It was breathtaking and still to this day one of the best game-announcement presentations I have ever seen.

It gripped me. Completely.

And not because of any of the typical reasons an announcement like that would normally hook someone. I wasn't in love with that first Kerran model. I was extremely skeptical of procedural generation being used in an MMORPG (where permanence and immersion are key). The whole sand-story lore-thing was neat, but made very little sense to the majority of viewers. In fact, when I look back most of the presentation didn't and shouldn't have entrapped me.

Don't get me wrong, it was exceptionally well made - but what we were shown was such a tiny fraction of the actual intended product that practically nobody should have gotten excited.

Why? Because you were critical of yourselves, authentic, and you connected with the viewers.

You admitted that your work on EQ3 was just not going to meet your own standards or expectations. You decided that another traditional MMORPG clone was not good enough and you made huge sacrifices to wipe the slate clean and start fresh. Not only that, but you were determined to innovate and exercise bold design.

It was a very risky and brave move - but I, and others like me were completely supportive, to the tune of $100.

Myself, and others who bought in to that original debut of EQN/Landmark did so because you (unlike other studios) weren't just talking the talk. You were walking the walk too. Whether it was a major producer or a lesser known model artist - you were engaging us on Twitter and actually listening. More importantly than that, the entire concept for both games revolved around a close and intimate connection between developers and players.

Unfortunately... almost all of that is gone.

Twitter interactions are still there, but a pale shadow of their former glory. News and information has sputtered almost to a complete stop for both Landmark and EverQuest Next. Worst of all, the most amazing game community I have ever participated in this side of vanilla EverQuest has become scattered, divided, or outright vanished.

I understand that there have been bumps in the road. Crazy things outside of your control have skewed the course, but that's okay. That's not what bothers me.

An abandonment of nearly all the original goals is what has me worried.

There is no open-line of communication between developers and players (that doesn't feel like any other generic public rep from any other publisher/developer out there). There is no revolutionary innovation anymore. There is no grand dream for Landmark. To put it plainly, all you've really left us with is the hope of EverQuest Next and that everything described in that original debut is still potentially possible. You might not be saying those things, but since you aren't saying anything at all, all we can do is derive our own personal conclusions from your actions.

The few remaining and dedicated players of Landmark are getting frustrated and left scratching their heads as the reality of Landmark as its own stand-alone game and creative tool seems to be dissolving before their very eyes. Only the Workshop contributors are getting any real value and enjoyment out of the game right now (and whatever is left as far as developer communication goes).

This situation is growing more and more dire, which means the one thing that you've left us with (a hope for EverQuest Next) diminishes a little bit more with each new week of silence.

I get that hard times have hit. I've been covering your studio closely (almost exclusively) for almost two full years now. Without an inside view, I obviously don't have an accurate picture of just how rough it's been there, but regardless of all that there's still something that you could be doing to keep us in the trenches with you...

Just tell us what the plan is.

Seriously. Nobody on the outside has a clue what the future holds for either Landmark or EverQuest Next, and while I don't speak for everyone when I say that... I don't think my estimation is far off. Everything is guess-work at this point which is not only a far-cry from the relationship you sold us nearly two years ago... but it also goes completely against one of your company's foundational pillars:

"We Stay Connected: We take our relationship with our players and each other seriously. The conversation is open and focused on the pulse of our players and of the industry."

It might be true for most of your other titles... but for Landmark and EverQuest Next, you couldn't be more disconnected. It pains me to say it, but the only reason I'm still paying attention anymore is because it's part of my job description (and all the great people I've met along the way).

I (and so many others) handed over our Landmark Early-Access contributions with the acknowledgement that this would be a bumpy ride. We understood that there would be ups and downs, triumphs and disappointments, but also that in the end we'd be in this thing together. It wasn't just a slogan.

The very systems and game mechanics in Landmark (and thus the foundation of EQN) revolved around this idea of direct and constant communication between developers and players - and that ultimately, we were going to make something beautiful together.

Now though, you've left us out alone in the cold; only occasionally calling on the most skilled voxel-mancers to chisel away at the latest EverQuest Next concept art and test whether or not the game itself is still even viable at this point.

I really want you to tell me I'm wrong.

Actually... At this point, telling me anything at all would be an improvement.

Sincerely,
An "EverQuest Next: Landmark" Trailblazer