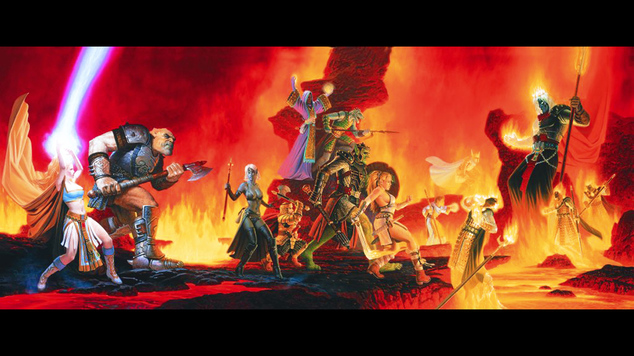 Depth & Roleplaying: A Rebuttal
Alex offers a response to David's piece on Depth and Roleplaying and argues that WoW isn't really the reason; n

My fellow editor David Piner recently shared his opinion on Depth and Roleplaying in MMORPGs today, and made some valid observations in his column. As an avid RPG player myself, I couldn't help but find places to disagree - not so much with his observations; but rather the motivations behind them.

While I fully understand that the emote-loving, text-gobbling MUD-fanatics of old like myself a very small minority of MMORPG players, that doesn't mean that the majority of MMORPG players don't also crave depth and immersion in these worlds. The masses may not be seeking the same kind of completely submerged in-character immersion as the minority I consider myself a part of; but, they are craving an immersive experience. If they weren't, being annoyed by quest-readers and cutscene-watchers wouldn't be an issue.

I'm also not simply talking about having the lore and backstory provided in a way that it can be experienced without detracting from others' experience...

I'm talking about a depth of story that can be felt by the very mechanics of the game. It's long been a pet peeve of mine how characters are able to make in-game choices and decisions that have zero effect on their position in the world from a lore and story standpoint.

I'm talking about the Paladin who mercilessly kills in excess, beyond the parameters of what a person in his position would expectedly do within the context of the game's lore and story. Or the Warlock whose best friends with that Paladin and frequently aids him and the NPCs of that opposing order without any significant motive or reason other than trying to efficiently play the game's mechanics to achieve meta goals that have nothing to do with the epic story the game's writers have carefully and painstakingly crafted.

This isn't a problem with the players, as David so accurately put it in his own article; as those players are just taking the path of least resistance towards their ultimate goals of max-level, server firsts, and so forth.

It is a problem of design and more specifically: systems design.

The Root of it All

When it comes to MMORPGs, no genre is makes more errors when selecting, designing, and implementing game systems.

Just glancing at any current MMORPG, the average player could probably point out at least one or two major systems that really have nothing to do with what that game is all about and merely exist "because everyone else is doing it." A careful and attuned eye will catch many smaller systems that completely wreck any attempt at story or immersion these games were trying to achieve when they wrote paychecks for their many writers.

It is true that the acronym MMO is more accurate a description of MMORPGs today. The RPG element has been unknowingly eroded (or perhaps knowingly for some developers) with poor design choices by backing investors, and often, by the very game designers themselves. Now let me clarify, that RPG element is not only  restricted to text-based emotes and character play outside the normal mechanics of the game.

Go look at any good single-player RPG and pay attention to the way the story is weaved into the game and how a player's character makes actions within that world that either affect the world or at least affect that character's position in that world.

Good RPGs do this very well, and the decisions a player makes have meaning and sometimes cause massive shifts to the storyline itself - forever altering the experience for that player based on their own choices and actions. That is what an RPG is all about. It's about players literally becoming a character in a digital world, and experiencing the impact they're making in that world through that character's actions.

MMORPGs do not do that very well anymore, and it is much more than just a design problem...

It is an innovation problem.

The Problem is Wide-Spread

The simple fact is, MMORPG budgets are too large.

You just can't make a AAA-quality MMO these days without a massive budget... Unfortunately that huge budget also cripples the decision making of the design team at the highest levels. Developers can't take big risks with that amount of money. It's too dangerous. Because of that danger and risk - developers aren't even allowed to consider many possibilities. It's a fact, and you can go ask just about any developer in any AAA studio, and they will confirm it for you.

Thankfully, it's getting to the point that it must change.

Very soon (if not already) investors will have   to start taking risks - because players just aren't into the same grind anymore.

*(As a side-note, have you noticed how many games have moved to crowd-funing, forcing players to assume the risk for experimentation rather than big investors?)*

That's why you see games moving towards level-syncing (scaling back player levels for content, or scaling content up to a player's level), or even removing levels entirely. Developers realize the need to keep players engaged with all that story and lore and these expansive worlds they've spent so much money building and designing.

Almost all  RPG players crave lore and immersion, and skipping through it all because games are being designed poorly leaves them feeling empty.

It's a mad dash to the max-level content, and sadly - it's become the norm. Everyone knows it, nobody denies it, and it's gotten to the point that if you don't join the race not only are you left behind - you're also ridiculed and avoided simply because you want to enjoy the depth of the game.

Most MMORPGs today, by their very design, embody this type of play environment - further eroding the social dynamics that have always made MMORPGs so unique and dynamic (though that is an entirely different discussion that I won't begin  to dive into right now.) Many games even promote that style of play with their new Free-to-Play cash shops offering all kinds of accelerants to further push the pack forward and leave the majority of the content in the dust.

It's almost depressing, especially for those who actually got to experience the birth of MMORPGs and the sandbox-style feel of Ultima Online or the original EverQuest. Those games weren't linear until expansions started rolling out, pushing people forwards and dividing the community in strict tiers and eroding the original game design.

All of this isn't irredeemable though... 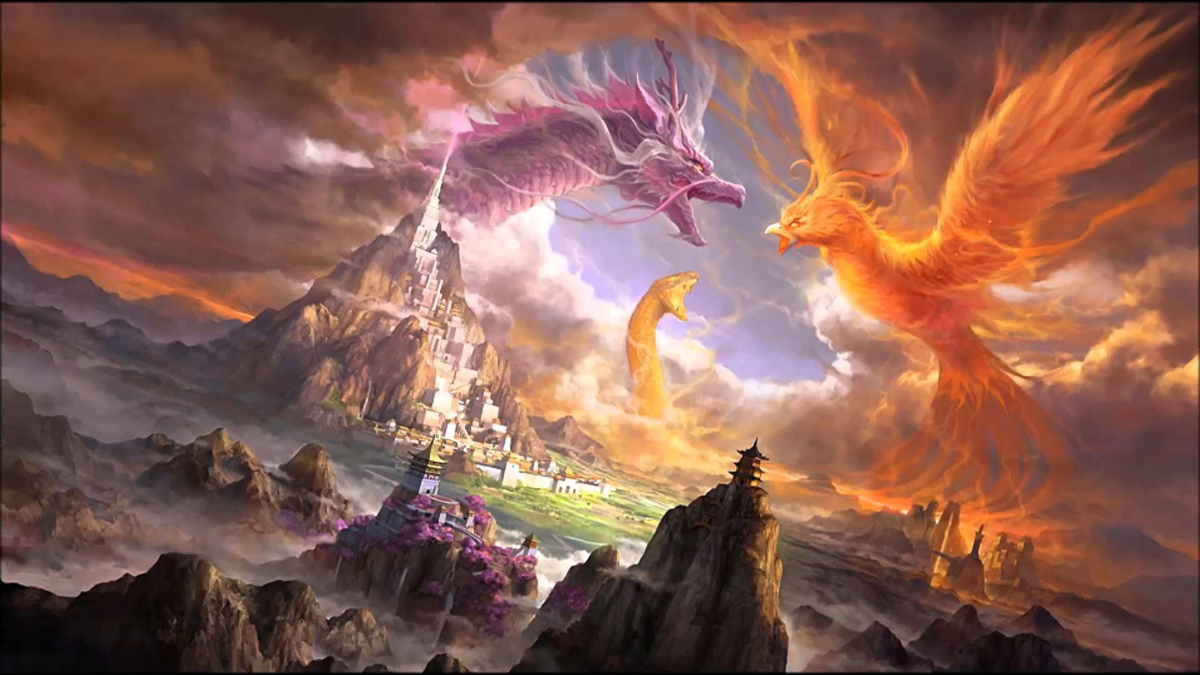 Discovering a Path to Progress

The technology exists today to return immersive story and dynamic social play to the forefront of the game experience. The ability for developers to provide a playground for players to become a character and make an impact in these epic worlds already  exists today. I've heard it from several veteran developers in the industry, specifically in this genre of game development. If given the opportunity, those developers know how to pursue a return to contextual decision making and interactive social gameplay and most of them would do it in a heartbeat.

Unfortunately the people funding them just aren't allowing that kind of extreme innovation into unproven territory. Risks aren't being taken by AAA studios. What's worse is that we the players keep giving off false indicators by continuing to pay developers for playing it safe.

We're feeding investors returns on their shoddy investments and effectively rewarding them for restricting our favorite developers.

Because there is currently a monopoly on MMORPG game design.

We don't have any other options right now; because I can assure  you all - that if there were  other options - players would be flocking to them, in droves. Just look at how many MMORPG players have already moved on to Sandbox-Survival games, MOBAs, or Arena-warfare games.

The MMORPG genre feels stagnant because it is, and the release of new games is just an illusion.

Nothing is really changing right now, and the players can feel it.

So What Comes Next?

We know nothing is changing right now, and until we stop rewarding investors and developers for playing it safe and eroding the type of gameplay we all  originally feel in love with (not just text-emote MUD fanatics), nothing will ever change.

Players need to start voicing their opinion and letting both developers and  investors know exactly how they feel.

Please let me know if I'm just completely off-tune with the community at large on this.

Somebody tell me if everything I'm saying is restricted to a very small minority. Please inform me how much you love the grind, enjoy level segregation, and all these other artificial barriers that keep you from having fun playing with your friends (or making new ones). Tell me that MMORPGs are actually getting better and not worse.

If not, then what are you goind to do about it? What are you willing to do about it? A message needs to be sent, and a few articles here and there like this one just aren't going to cut it. Investors deal in money, and if you aren't using your wallet as your voice, they're never going to hear you. Stop rewarding them for ruining good game design. Even World of Warcraft was excellent in it's vanilla form (and earliest expansions). Do you honestly think pre-ordering the next expansion is going to tell them how you felt about the dismal and sub-par product their last expansion was?

Make them start from scratch. Don't keep paying for an experience that is a shadow of what it once was or a glimmer of what it could be.

A persistant pursuit of perfection is the only true path to progress.

Aren't you tired of idly waiting and daydreaming about your ideal MMO? Those dreams will never come true if you don't say something.

So say something, and say it loud.