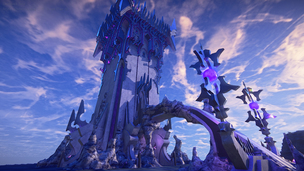 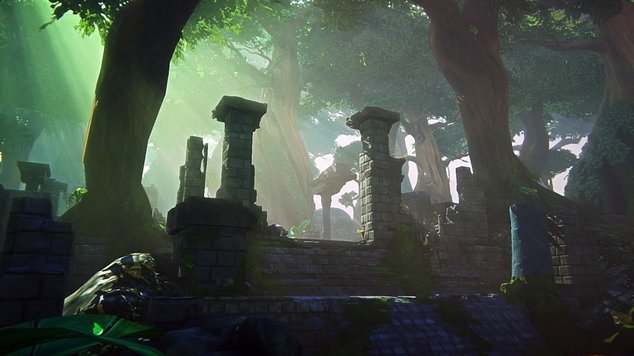 Destined for Ruin?
Veluux gets real with Landmark and EverQuest Next and the dangerous path their parent studio is walking them on

I recently sat down with Daybreak Games President John Smedley for an interview and while there were plenty of positives to talk about (from a studio that has been largely quiet for the past few months), there was also one bit of information that left me feeling quite concerned.

For those of you who follow my column, you might remember when I touched on several of the perils of Early-Access games not too long ago. In that article I talked at length about how Early-Access isn't a method most developers should be using during their development process - especially so early on. There are simply far too many risks that just aren't worth the dangers.

That isn't just my own opinion either. Some premier game-design theorists over at Extra Credits also made a short YouTube video breaking down the dangers of these types of programs. There are far too many examples of games that have been ruined in ways that, often enough, can't even be calculated; many of which were avoidable catastrophies. Watching this short video is probably well worth your time. Even if you don't have time right now, I highly suggest bookmarking it and saving it for later.

During my interview with John Smedley, I asked him a couple of questions related to their Early-Access programs, and his responses - while positive - have me worried:

Me: Landmark, EQNext, and H1Z1 are all experimenting with highly transparent open-development. How have these projects gone so far and do you plan on increasing or decreasing the transparency moving forward with these and other games?

John: We're really happy with the transparency in so many ways. Not only are we going to continue to do it, but we're going to double-down on it. At every level in everything we're doing, we are trying to make sure that we're talking to users directly and that the people doing the work on our games are talking to them directly. You'll see on our Twitch streams that it's not just the team leads anymore - we're trying to get more of our actual developers on those, showing everyone what they're doing.

So we're going to increase that; and we have a lot of fun doing that too. That is just who we are and now we're actually able to focus on that being a pillar of our company. Now we no longer have to check with Sony about every little thing we want to talk about.

Me: Do you feel the value that early-access players and founders provide on these projects is worth all of the potentially dangerous risks that these programs entail, like dragging your core audience through a long and painful process that most players just aren't built to endure?

John: So there are definitely positives to it, and there are definitely negatives to it as well. I think you have to be cognizant of both of those - which we've seen. As far as I'm concerned, the benefits vastly outweigh the negatives, but I have to give that answer with a very important piece of context: it depends on who's making the game.

I know us, I know our intentions, and I think they are good, but I have seen other companies' early-access programs go horribly, especially less reputable companies. It is fair to say that there are a lot of people out there who focus on the wrong things and just think that early-access is a way to get the game more quickly. They don't actually realize that we're serious about this being a development process and that it comes with bugs and other early-development issues.

He rightly admits that there are negatives to Early-Access, and he even emphasized the word 'definitely' himself - leading me to believe that there is some understanding that the risks are quite significant. However, I still don't feel as though Daybreak is as concerned or cautious with their Early-Access and open-development aspirations as they should be. I have no problems with good transparency and direct lines of communication between developers and players, but that doesn't require opening your game up to the paying masses.

The Reality of the Dangers

I've experienced first-hand many of the dangers of Early-Access already in some of this studio's games. From the rampant hacking and cheating in H1Z1 to the severe lack of a player population in Landmark as it continues to fade off the map. While I'm certain that there are plenty of players that understand the risks and dangerous of an Early Access game, I'm very confident that most players either don't know or don't care. These things haven't scared everyone off, but they certainly haven't helped create a positive image either.

Daybreak is aggressively pushing their open-development plans, and while it does provide lots of interesting and unique benefits... I'm not so sure they outweigh the risks just yet, especially not "vastly" or any synonym of that word. Not by a long shot.

It really all boils down to industry standards and player perception.

John alluded to it himself by specifying that it depends on who's making the game. While true, that doesn't mean that all (or even most) players are cognizant of who is making the game and what their expectations should be. There is just too much variance between the level of polish and completeness in Early-Access games. I'm not trying to be venomous here, just critical, so when I say that I've experienced several indie-made Early-Access games that are far more complete and polished at first play than Landmark is even right now... know that I do so out of concern for these games' well being.

That's no slight against the developers or the studio itself, as Landmark is exponentially more complex than those other games; but that's exactly it. The complexity and scale of MMOs is another major concern when you consider opening these games up to players early. MMOs are one of the last game genres that should ever consider early-access or open-development as a viable business venture - especially RPGs.

Don't get me wrong. It's amazing that they are pioneering forward like this, but such exploration and innovation is bound to carry with it some significant costs and sacrifices. As a long time fan of the studio, particularly the EverQuest franchise (which I've played since its vanilla edition way back in 1999), I would hate to see this latest dream born of the original spirit torn apart in an open-laboratory digital experiment.

As a Minecraft fan, I also hate seeing the wonder that is Landmark get beat up through this process too, though I'd much prefer that game losing momentum, fans, and hope than EverQuest Next - a game which has ambitious plans to do the very thing the MMORPG genre needs more than anything. Which of course is to make these worlds actually feel alive and immersive.

Despite John's careful statements, I just don't feel like anything I've seen so far showing me that this kind of Early-Access is right for these games. Nothing is going to change my mind about that short of EverQuest Next launching successfully and with critical acclaim. I feel like the game's concept itself will make it highly attractive and accessible and provide more than enough critical mass and awareness. It definitely doesn't need this Early-Access circus, which I believe is actually undermining it's public image and creating a much larger negative perception of the game than the developers currently realize.

What do you think about Early-Access games? Are they okay for MMOs, and more specifically for Landmark and EverQuest Next? Share your thoughts in the comment section below and let the developers know what you're thinking. If they're as keen on transparency as they claim to be - they should be reading every word.