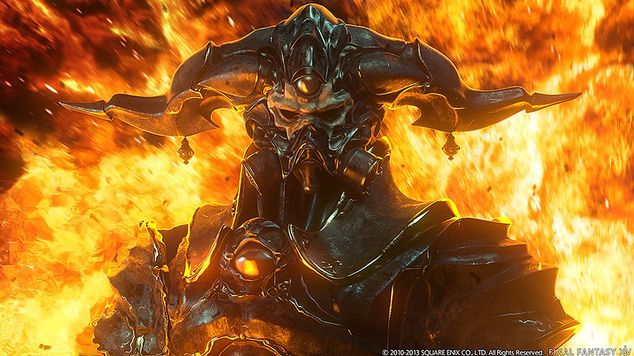 Getting Excited for FFXIV: Heavensward
Xerin talks a little bit about his excitement for FFXIV and what games he'll be playing throughout June in the

I'm so excited that I'm counting the days for FFXIV: Heavensward. I went by the local game store and picked up a copy for console and I wanted to share some thoughts on why FFXIV is pretty much the best MMO out there within it's genre (WoW clones). Obviously, games like Guild Wars 2 are within their own sphere of gameplay and appeal to obviously a different market, but I think that FFXIV is very much the best WoW clone on the market.

Let me start by saying that console play is a ton of fun. You can bind most of the keys you need to just 16 keys (two sets of 4 with two sets). You get the d-pad and the triangle, square, circle, and x on R2 and L2, then pressing R1 once gets you another set of those, and then holding R1 gives you a plethora of additional key sets. This works really well because you don't really need access to 16 skills at any one time.

So the controller setup works nice, targeting works nice, and the game is absolutely gorgeous on my PS4. Which is great, because it's one of those games that I can now just never put down because I can play on my PC when I'm doing work and then when I'm tired or laying down, I can login and play some more, all on the same subscription / character. That's fantastic.

FFXIV is legendary in a lot of ways unrelated to the console game. The skills, world, and design are magnificent. Yoshi-P (Naoki Yoshida) is a legend of game design with a history of success in the Dragon Quest franchise. Lots of things are taken care of in the game for the player, like auto-looting, and the ability to switch between any job with very simple ease.

If you want a game you can quest and grind at without having to worry about anything, with a friendly and large community, then FFXIV is definitely the game to be interested in. I know a lot of people are searching for an MMO to play, but FFXIV is definitely a contender for something that is worth a subscription fee, especially considering it's lenient enough to charge less if you only want to maintain a single character and the subscription fee carries over cross-console.

I'm switching my focus right now away from The Witcher III, only returning when DLC of note is out, and focusing on FFXIV and Echo of Soul, two games I definitely would suggest you try just because they're both out of this world fun, as cheesy as that sounds. FFXIV is like an Apple product, polished to its core and beautiful, but stays firmly within the basis of what an MMO wants. Echo of Soul is a bit like an rooted Android device. It has a lot of mechanics that are outliers and falls down a lot, but there is plenty of interesting and fun things to do.

I'm currently enjoying both games and will be providing coverage for everyone in the coming weeks. If there is anything specific in those two games you wanna know about, hit me up, and I'll do my best to address it.