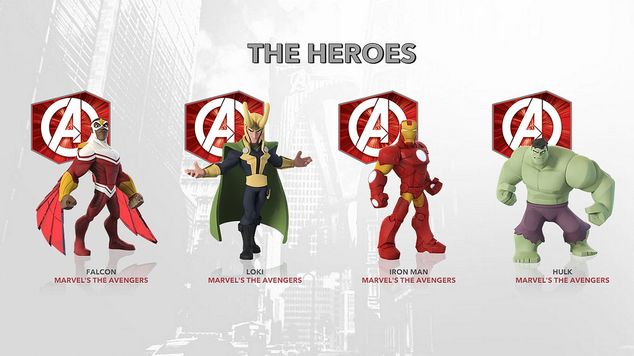 Disney Infinity is one of the hypest games on the market right now and if you haven't heard about it then you're somewhere in a far away land many galaxies from here. Disney Infinity is Disney's reply to Skylanders, instead of a unique world full of various dragons and creatures, Disney Infinity is a mashup of all of your favorite Disney characters from mainstream Disney (princesses, Mickey, etc.), more outlier stuff (Frozen, Wreck-it-Ralph), and Marvel Comics (avengers et al).

The big issue is that it's so popular that it, really, is way too much to figure out to get started. You need a lot of components to get everything to work - the starter kit (75$), figures (12$ ea), power discs ($5 for a pack), and so much more. You can easily get lost and confused on what to buy and how to get started.

Well, I've got an easy solution for you. First of all, I highly suggest getting started with the PC version first and foremost. It's free to play, doesn't require a console, and is light enough to run easily on any PC (including laptops). It lets you (or your kids) get into the game and find out first if it's worth the investment.

Any parent (or gamer) knows that the most dangerous thing is going all in on a product or toy and finding out that you are, ultimately, going to be stuck with a lot of plastic and no fun. That's why I suggest starting off with the Disney Infinity 2.0 Marvel Heroes pack on the PC. You're going to get all the same fun (that even works with your controller) on the console, but without the accessories and for $25 less than the console starting pack. Most content works cross-platform, with the exception of the Wii and 3DS.

Things that aren't stored in the cloud don't specifically move cross-platform, however, your account works cross-platform and you will now have a good PC version with all of the features unlocked and able to play. From here, if you or your child likes the game, you can then do what I call a "lifehack."

If you want to get started on the console, go to eBay and make your own starter kit. You'll want to buy a portal (don't spend more than $12) for your console, and then go to the store and buy the figures you want ($12 each) and/or the playsets. You can purchase the game on eBay or Amazon for peanuts, (no more than $20, usually around $10) and that way you have the figures you or your child wants without having to invest $75 into it and have the characters you want.

However, as a note, the PC game is MUCH superior in the sense that while you don't have the physical trinkets, you can unlock most characters for around $5.99, which is much less than the $12 retail (which comes with a web code to unlock on PC).

Hopefully this helps you get started with Disney Infinity 2.0! Have fun out in the Toy Box.

To read the latest guides, news, and features you can visit our Disney Infinity 2.0 Game Page.