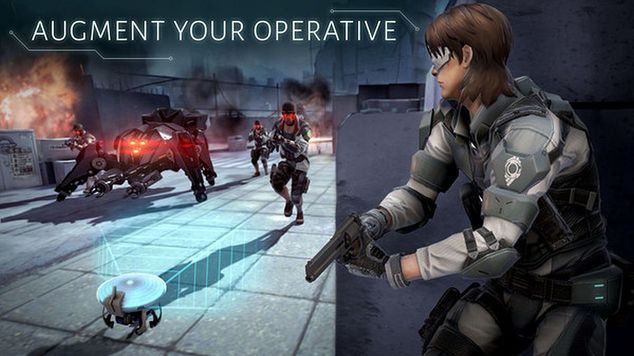 Ghost in the Shell: Stand Alone Complex - First Assault Online Early Impressions
David brings back a few opinions of the latest in the FPS game.

Ghost in the Shell: Stand Alone Complex – First Assault Online is a really good game, for a really good price, and will only become a better game. It’s got everything you want in a shooter, but with some elements that are just brilliant. This is a fun shooter – not a pro shooter, not a pay 2 win shooter, but a just regular run of the mill fun game to play. That’s not to say I couldn’t see a pro side developing, but right now logging in and playing a few matches is a way for me to unwind, not wind up, and that’s a good thing.

I could talk about the different modes, or how skillsync translates the game into the anime, or many of its mechanics, but I will simply say this: it’s very arcade-y and that’s sorely needed in the modern marketplace. I feel almost bad, as if insulting the game, by saying it’s not at some high league pro level 360 no scope MLG level of “professional” but in the same capacity, it’s without a doubt very arcade-y and that is a very, very good thing.

When you load in, if you die, your team takes a loss, but a very minor loss. Your kill:death ratio is presented only with an indicator and the number of kills you have, preventing anyone from hating you for putting on a bad performance. Likewise, death is painless, a simple 15 secondish respawn on average and the enemies, thanks to the various map layouts and spawn points, are within another 15 seconds of you.

This creates extremely fast paced run and gun gameplay where there is a viable strategy of running and taking out 3 or 4 other players before meeting your untimely end, which in most map modes works out perfect for your team. Not to mention most of the weapons I tried didn’t offend me and I felt like I could perform no matter what I’m holding in my hands.

There is strategy and a bit of competitive gameplay in there – don’t get me wrong. Skillsync allows you to share your special skill on some heroes with everyone else. This can be combo’d for some hilarious fun, like super-fast camo users who weave in and out melee taking out enemies, or if nothing else, the heat power lets you see where everyone is – a huge advantage, without having to play that character.

I tried a few of the characters and I felt they were all pretty good. Camo is very powerful if you’re skillful with it, while the others provide some interesting “free kill” style power-ups that will most likely take out someone not paying attention.

GitS: SAC – FAO takes us back to a previous time, when companies weren’t afraid to use super long names for games (well, I think they were, but still) and gameplay was simple. The focus wasn’t on skills and what brand of chair you’re sitting in, but having fun. Shooters were very much a fun first game, which is why we all have very fond memories of games like UT2kX and Halo 3.

I’d say my time so far has been rather fun and I look forward to playing some more. It’s in early access on Steam right now and available from Nexon for a small fee, but I do believe it’ll go back to being free-to-play at some point soonish.