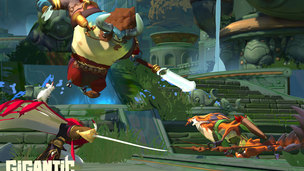 Why I Can't Wait For Gigantic
I've no idea when Gigantic will launch but it's without doubt my most wanted game.
Column
Gigantic 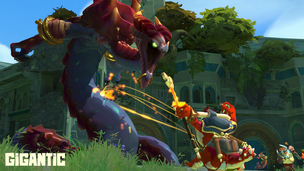 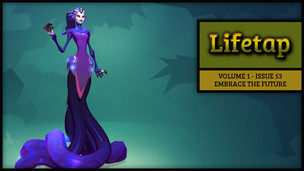 Embracing Windows 10 to Play Gigantic – A Rebuttal
Get ready to rumble! In the latest haunting issue of Lifetap, Sardu presents his findings on why Windows 10 is
Column
Gigantic 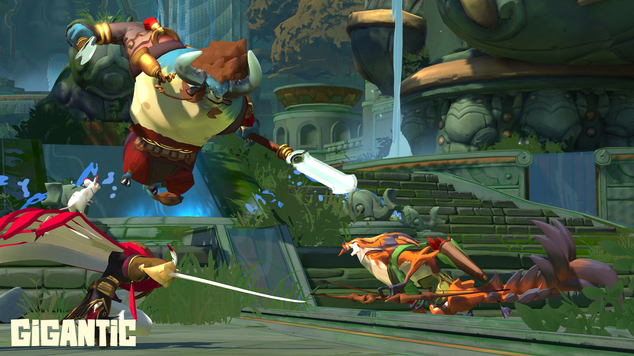 Gigantic: What I'd Like To See Added For Competitive Play
Gigantic has all the framework for a truly competitive multiplayer game but several key things are missing. Her

Gigantic is a brilliant multiplayer game and like most MOBA-style games, is at its best when two premade teams go head to head. Despite that, it’s still incredibly fun when played by yourself but one thing that’s missing at the moment are core components for competitive play, whether solo or team queue.

As it currently stands, you can only queue for a match in Gigantic - the equivalent of hot join. There’s no ladder system, no ranking, no rewards for reaching certain ranks (with the exception of costumes that are due to arrive) with the only “goal” to collect badges. While there’s plenty of badges on offer, most are easily obtained and it’s simply then a matter of amassing them rather than certain ones providing a long term target.

I must stress that I’m typically not the sort of person who needs a target when it comes to multiplayer games, often the fun of playing is all that I need. Unfortunately for Gigantic with only three maps and one game mode and having played for over a year already, I’m after something more. I suspect most on the list below will be sought after by Motiga, but I wanted to put a list together for what I’d like to see.

It’s fair to say that any game which lumps together team and solo queues is doing something seriously wrong. Guild Wars 2 is a perfect example of a game that made this mistake and continues to pay for it. Why would anyone who is playing by themselves want to fight against a premade group of five? Worse, why would a premade group of 5 want to play against solo players? I already see it regularly in Gigantic and it’s ridiculous just how easy matches are with an organised group. I appreciate many players new to the game don’t know what they’re doing, but even so - use of voice communication and a balanced composition will always work wonders for a team. Getting stomped by a premade, regardless of your skill and when solo queueing, is a stressful and frustrating experience. Motiga need to prevent it as quickly as possible.

Having the ability to reach “Rank 1” is a fantastic goal for any player. Yes I know that matchmaking can often be subject to criticism and regardless of it, “the climb” can be challenging at times. However, ranked matches offer not only a personal and team incentive, but they provide a solid foundation for the competitive community to work with. Having a means in game of being measured against your peers is a solid goal to have and provides a daily incentive to login and play - much more than any badge or digital currency. With preference, you should also have a visible private MMR alongside your rank.

Building on the above, a public leaderboard for all to see is a must. Accessible in game it should show a breakdown of players and their placement in the ranked system as well as their wins, losses, win ratio and most played Hero. If possible, it should also - to you only - show your current MMR and previously gained MMR from each match.

Although Gigantic intends on having a variety of weapon and Hero skins, I think their should be a variety of rewards for reaching the top ranks in both solo and team queue. Whether it’s a unique avatar, skin or glow effect around your character, anything that goes to say “I achieved this!” across a season would be exceptional. Having something to strive for when it comes to a rank is often enough incentive but also being given a prize for achieving it even more so.

Most MOBA players are experienced with drafting and bans but for anyone unaware, both teams get to see which Hero is picked and you can then counter-pick. This proceeds until all 5 team spots are filled and the match begins. At the moment you can only see what Heroes your team has and I think for a game of this type, that’s a real shame. Having a draft screen for hot join or ranked is a must and would add an extra tactical layer to the game. Where bans are concerned, I’d apply this only to ranked matches and have it so the first player in a team can choose which Hero the opposing team cannot play. Similarly to counter-picking, banning certain Heroes is a tactical minefield that makes any match for more entertaining.

What would you like to see added to Gigantic? Let me know!

Why I Can't Wait For Gigantic
I've no idea when Gigantic will launch but it's without doubt my most wanted game.
Column
Gigantic