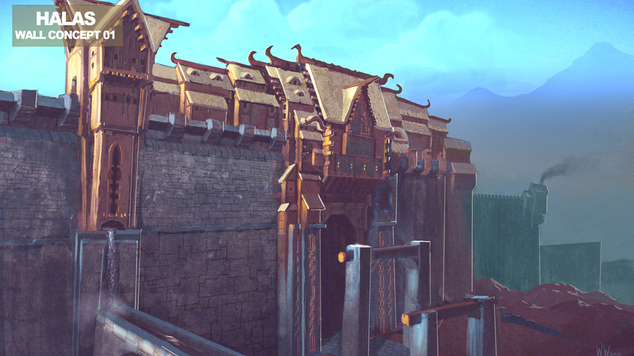 [Welcome to the Gravity Well. It's "Humph" Day, the part of the week where Alex has managed to condense all his pessimism for seven days into one easily found (and avoided) location so that the rest of this column remains fairly untainted by excessive negativity. Continue reading, if you dare.]

Every once in a while it's necessary to take some time, sit down, and just reflect on what you're doing with your life. Unfortunately, today is that day. This year has practically been flashing before my eyes. With so much going on, I can't believe it's already September - and half-way into it, no less!

The summer is officially over and despite all the warmth and energy of the season, I dare say I've been a bit of a grouch and slouch for most of it.

That's not the truth. I've kept myself very busy and had a blast, but looking back on everything I've written this summer you'd think an MMO apocalypse happened (that's not an H1Z1 pun).

It's been all doom and gloom from me in so many ways. With such a close eye on Daybreak Games, I feel like I was riding the rollercoaster along with that company all year long. While all those events did create an interesting stir, it wasn't the best way to start my year, but I'm determined not to let anymore misfortune sour it.

In an attempt to keep a positive spin on my future content here, I've decided to squeeze all my pessimissism and negativity into one article per week - and hopefully leave the rest of the column full of good vibes and positive thoughts. Now that we've established that, let's dig into this week's darker topic:

Despite all the smiles and good faith, the reality is that Daybreak Games is operating on tighter resources than ever before. While they managed to shed some of the overhead and designed a path to get themselves back on track - they still have a lot of unfinished projects in the works that are bound to experience delays en route to future launch (Landmark, EQNext, H1Z1 anyone?)

I'm not trying to be rude. I'm just laying out the facts here.

News and information have never been this few and far between, and trying to dig through Twitter and Reddit for it has become an exhausting affair - especially when you realize after an hour of searching that nothing has really changed since last week. It's crappy, and while not completely expected, I suppose it's reasonable - given all that's happened.

All that being said, I've still got to continue to assess and evaluate all these current games and projects. After all, I am still personally interested in them, and I do believe there are lots of great people still working on those games. However... that doesn't mean I've got to sugarcoat how I feel about the situation.

Daybreak may not be able to change the status quo at the moment - but they have got to give us a real update on where these projects are at and where they're going (and not the typical non-answer replies they've scripted to manage the pressure for the time being).

After all, isn't that the concept they sold us with Founder's Packs and Steam Early-Access?

We bought into these open-development experiments on good faith that at the very least we'd remain informed of the process.

We've "donated" to these projects with the knowledge that these games are unfinished works-in-progress and that technically some of them may never be finished, but never with the understanding that we'd be left in the dark for extensive amounts of time. (This is one of those dangerous and easily mismanaged aspects of Early-Access I keep trying to warn developers about...)

What is happening with Daybreak Games, and specifically with Landmark is a prime example of taking your most passionate fans and core advocates and dragging them through a bunch of Early-Access mud. Landmark was hyped and marketed to an audience with what seemed like a specific and tangible goal in mind... but I no longer believe that goal still exists. Landmark doesn't appear to have any clear direction at all right now, which is why this situation feels so dark and dirty.

Other than being a stepping stone towards EverQuest Next (which is probably all Landmark should have been advertised as to begin with), Landmark isn't much of anything at all. It is merely a glimpse of what it was meant to be, and only a shadow of what it could potentially be.

Launching the game feels like opening a giant sandbox that's only got one shovel full of sand in it. Sure, your imagination is the limit with that one shovel full of sand - which you can use to make almost an infinite number of things - but that isn't what we were told this game would be. Currently it's development is essentially "on hiatus" as EverQuest Next becomes the focus (likely because the resources of Daybreak are spread so thin right now).

But that isn't the worst bit.

It just doesn't feel like we're being told the complete truth.

I almost feel like Landmark players are getting strung along and fed generic lines while Daybreak comes up with a new plan (or decides if they can even continue to pursue their original one). Why can't they just come out and tell us where things legitimately stand right now? It can't be that hard, can it?

All I really want to know is:

"Will Landmark ever become (in a reasonable amount of time) what it was marketed as - a 'build your own MMO' tool that is also a game?"

Because until Daybreak comes out and clears the water, I can only assume one of two things:

A) The dream of Landmark died when Dave Georgeson was let go from the company, or

B) The dream persists, but it is unlikely that the team still has the resources to pursue it as originally presented

Unfortunately I don't believe that Daybreak can admit either one of these things, because either option likely means another exodus of the small, remaining player-base that continues to play the game.

However... if there is a third option, or even if Daybreak can say that option A and/or B are false - now would be a great time for them to inform the players of that, because some of us (that haven't touched the game in weeks/months) are actually  still paying attention. If you can't continue as planned, tell us. If you can but it's going to take a lot longer, tell us. Honestly, clarity, and a good show of loyalty to your paying customers is all we're asking for right now.

Is that asking too much?

[Look for links to past and upcoming episodes of the Gravity well here in future editions of this column.]