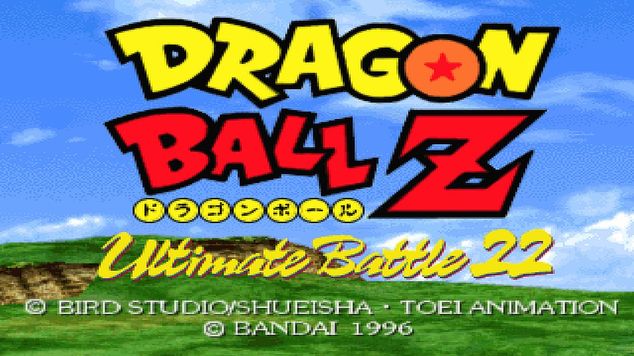 I Love DragonBall Z AKA Why You Should Play DragonBall Z: Xenoverse
David Piner goes on a rampage about how much he loves DragonBall Z. Find out why you should have DBZ fever as w

You know what I was going to sit here and whine about people who don't get game development and how Daybreak is going to probably make a better game with these changes because the previous team had all of these failures, but whatever who cares at this point there go to reddit if you want to read that. Oh and f#$* steam machines, they're lame and stupid.

I talked a bit about Ragnarok Online and how hype the game is and it got me thinking a bit about my past. This week we're going to talk about things that Xerin loves but everyone doesn't like, because they're lame and not on my level.

I love DragonBall Z and you should love it to because it's amazing. It sucks for me because see, I'm this genius who loves all the good stuff and everyone I know just sits there and is like blah blah blah DBZ is for noobs, but you know what that's ok. They can just not enjoy the beauty that Vegeta and his ripply abs and bad attitude.

Growing up, I didn't have anything, really, to latch on to and it was super depressing and lame, but I had one thing! DBZ, right after school. When I had a VCR, a luxury for me, and we're talking about the age of DVD players being a thing (I'm not that old), I would set it to auto-record Toonami. That was super hype like getting home and there was DBZ on the T.V. and Vegeta was there and he's so cool and awesome.

Anyway, as a teenager on the wild west of the Internet, when AOL was still a thing, I sat there and did nothing but obsess over DBZ because the Internet. I went so far as to make my very own DragonBall Z MUD, which included some really awesome code and alternative leveling mechanics:

Anyway, after that, I've pretty much been the biggest DBZ fanboy ever, which is why DragonBall XV is awesome because it's a DBZ fighting game and they're all literally awesome, some in a really weird way. Like DBZ Ultimate Battle 22 was complete and total crap, but people loved pulling sprites out of it. Ok, I take it back, most pre-Budokai games sucked like Final Bout but I mean, I kinda liked it? There was a following for it, just because it was DBZ.

It's funny how much negative attention DBZ games get really actually, like XV is awesome, but it sales are okay? Reviews so far are great for user reviews, bad for reviewer reviews because I mean it's not a Call of Duty or whatever so people need to get good about DBZ? Like, XV's charm is that it's sort of like fanservice, okay, not literally everything has to be some huge progressive jump in gaming to be good.

Anyway DBZ: XV is awesome because it's a really casual fighting game without a lot of combos / special controls that can be played by anyone and you don't need a controller or an arcade cabinet to nerd out about it. It also has huge fanservice too.

So like, it's not a competitive fighting game, it's not something you're going to see memes made about, but it's about letting people fight in these historic battles with characters they love. XV's roster is insane, from Majin Vegeta to Broly, you have pretty much every major DBZ character available to play or fight against, plus a long list of historic battles. Plus, even more non-historic battles that you can daydream about.

Anyway, I'm just saying I like DBZ and XV is really cool if you love DBZ too and screw the DBZ haters.

This one time, there was a local movie rental store that had copies of the original DragonBall. I was something like 12 at the time, but I got absolutely crushed when I got home with the DVD and it wouldn't play in my DVD player. The dude who ran it was a jerk about it saying it works just fine. Because of this, I have only read summaries of the original DragonBall and have not watched it on principle.

My favorite character is Vegeta because he is just way too cool and when I grow up I really hope I can be him.

My least favorite saga is probably the Cell saga because it's very depressing and Cell is a huge jerk. DBZ Kai makes this a lot more managable.

Writing about DBZ makes me smile this really stupid smile like you're quasi-laughing because it's kind of dumb and silly but at the same time it's like yay DBZ.