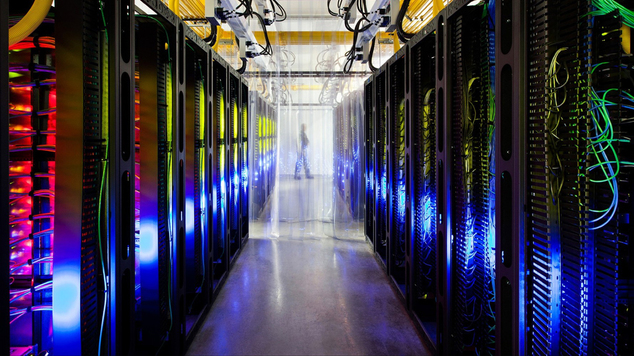 Insight on Reshaping the World
Veluux provides a fifth volley with his Gravity Well: insight series, this time scoping out Firefall and it's u

This article will be my 5th edition in a growing miniseries titled: Insight. It isn't mandatory to read the previous editions, but they do add context and continuity. You can jump to those and check them out via the links below:

That reading should have you locked and loaded for today's edition, which will focus fire on a game that might not be on too many people's radar. While the game underwent some development issues, primarily with its creative vision and branding, it's largely emerged as a successful title, even if it is a bit niche.

Is Firefall Changing our Future?

For those who might not be aware, Firefall is a futuristic sci-fi shooter title that also happens to be an MMO. The setting is a highly-stylized future version of earth where attempts to achieve interstellar travel opened up a rift into another dimension where an energy plague has gripped our planet and permanently transformed it. Called the "melding", this energy transforms everything it touches and is highly dangerous (toxic) for human beings. Along with the energy poisoning, a group of beings called "chosen" seem to be immune to its effects and are at odds with the human remnants on earth that are struggling to push back this energy plague and reclaim our transformed planet.

A Reimagining of MMO gameplay

There are a number of things about this game that are all-too-familiar when it comes to MMOs, but there are other things that are also set it apart. Obviously it being a skill-based first-person-shooter is an uncommon MMO trait. Firefall also uses of a hot-swap classes through it's battleframe archetype system is growing in popularity as other titles (current and future) are exploring the concept of player characters not being locked into a single class or build. It is as much a continued iteration upon World of Warcraft's talent system as it is it's own unique class system, but still bears mentioning.

Firefall also features plenty of horizontal progression. While it still utilizes a leveling system, the ability to switch across into other battle-frames and build outward (as much as upward) is very core to the gameplay itself. Final Fantasy XIV also features a similar class/leveling concept and both games do a decent job of mitigating a major downside to most MMOs in that grouping up between veteran and new players/characters is typically very difficult (or impossible) to do. There is also some amount of horizontal progression in crafting as a linear teir progression is perpendicular to the typical linear crafting progression most games emphasize. This crafting adjustment leads to more specialized crafting professions, and gives players the opportunity to truly hone in on a particular area of production.

Those things help bring back more of the social elements of gameplay that so many modern MMOs are lacking, but it's still not quite enough to warrant me including Firefall in this list of evolutionary games. There's more to this game than meets the eye, particularly because it's not something the average player will ever see or even know about.

This might get slightly technical, but bear with me. Firefall has gotten quite creative with their back-end designs when it comes to servers, populations, and the organization of players. There are plenty of pros and cons to what they've done, but I tend to think there are more benefits than drawbacks. We'll get into what systems they're using first, and then I'll briefly touch on both the good and the bad.

For Firefall and its specific systems and mechanics, maintaining an optimal server population is very key to how the entire game operates. Lots of systems would be negatively affected by either over-crowding or player scarcity. Systems like Thumping (harvesting), Group Missions, and Procedural Mob-Spawning would all be problematic if player populations were constantly spiking. Considering the fact that Firefall is an FPS game (which lends itself to a lot of jump-in and jump-out type of play sessions), this could have been a very pesky problem for the game to have. Fortunately, Red 5 Studios came up with a very interesting solution to these issues.

They opted for a unique on-demand system for their servers where players wouldn't be presented with the traditional "server-select" option before creating a character for the game. The system utilizes amazon's cloud-computing technology to allow for low-population times to limit the number of available servers to play on - while additionally allowing for new severs to be quickly fired up when the population spikes on the higher end of the spectrum.

While this might seem counter-intuitive to community building, it has actually been quite beneficial for community building. Especially considering that there are still features that enable players to group up with friends immediately, whenever they want to. Hard and Soft server caps, ensure that each shard of the world have room for your friends, even if they are "locked out" and already diverting players elsewhere. It's an intriguing system that completely changes the community dynamics of the game from the model most MMO players are accustomed to.

The upsides to this new model are unique. For one, it cuts down on maintenance and support costs for the studio, as they only have to pay for the real-estate that is actually getting used by their player-base. That means more player contributions going directly back into continued development, new content, and additional features. Additionally, this smart system keeps populations at fairly optimal levels the majority of the time, which means players will get to experience the world largely in the way which it was designed to be played in.

Eliminating server selection also has the benefit of unifying the greater community in lots of ways. One of the greatest benefits of a unified community like this is an improved economy. For quite a long time, games have seen their economies struggle, whether they were NPC oriented, or more player-driven. The player-centric economies tended to see the greatest variance in success, as player populations and participation could make huge swings in an economy from one server to another. One unified economy between all servers in a region ensures the most market stability possible, which is pretty critical if you want players to be the driving force in that economy, which is largely the case in Firefall.

The other big benefit of a unified community is that players never run into the issue of joining into an MMO late and being torn between servers (as they may have friends split between multiple servers). This means more people playing with their friends, which is good for us players primarily; however, it is equally beneficial for the developers, as the more we can enjoy playing with our friends, the more likely we are to return and play (and pay) more.

And Now the Drawbacks

The downsides to a system like this aren't too many, especially considering the type of game that Firefall is designed to be. For other games though, this type of system could be much more difficult to integrate. RPGs in particular would probably suffer the most from a unified player-base and community, as those games tend to thrive on small-group and small-community interaction.

In an MMO that is geared towards creating immersion in a setting suitable for Role-Playing, a mega-community and "shard-hopping" could be a bit jarring. There are likely ways that such obvious seams could be better hidden, but it would take a bit more innovation and iteration on the functionality Firefall is currently using. To truly cater towards immersive gameplay, there would have to be a much improved way of connecting players with their friends that actually makes sense in the context of the game-world and story.

The other downside to a back-end like this is that it doesn't readily offer the capability for player-governed (or even private) servers. Private servers could likely be "tacked on" to a system like this, but the whole thing might need a make-over for that all to feel more natural. Additionally, for player-politics to be functional, small-communities are almost essential. It's tough to imagine a multi-dimensional world of shard-jumping that could feature any effective player-ran organizations or systems. Guilds or "Armies" in Firefall don't feel very impactful so far (though to be fair, I probably haven't played quite enough to really witness the difference between being in an Army and running around unaffiliated).

I really enjoy Firefall, and I believe that the backend systems suit the gameplay quite well. For the game that it is, Firefall works - and the game itself cuts out a lot of overhead (one of the major killers of MMO longevity) in so many areas. The back-end wizardry helps reduce server costs, enhance the player experience, and stabilize the in-game economy, which all should amount to enhance the longevity of this game and the current fun-factor.

Unfortunately I didn't even get to dive into some of the procedural content generation that helps this world feel a bit more active, alive, and dynamic than most other MMOs currently on the market. While it's still a far-cry from being a truly evolving multiplayer experience, it definitely helps provide players with new and unique-feeling goals to pursue and things to do at all times. It's true that some of the missions can feel repetitive at times, but if you play any game enough that's bound to happen eventually.

Thanks for reading today's Gravity Well, and if you're interested in seeing this game in action, be sure to check out my live stream later tonight on our TenTonHammer Twitch channel. With no server-selection to worry about, you can even jump in and join me on stream!

My in-game name is, of course: Veluux!